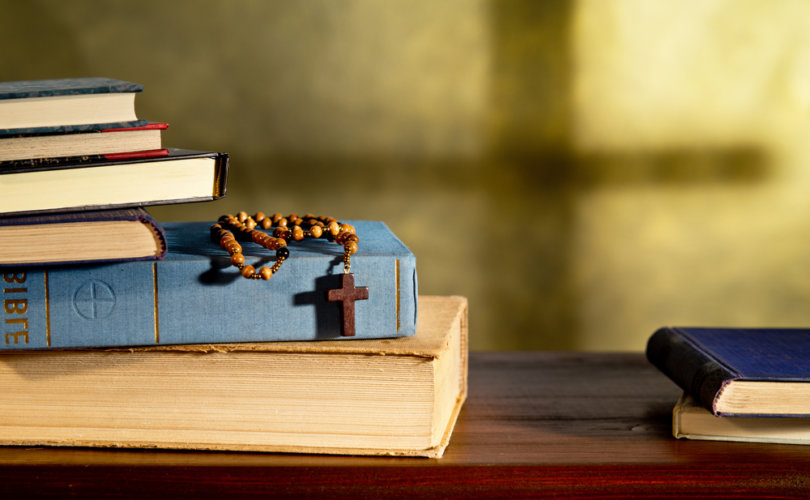 Like most of Human Life International’s pro-life missionaries, I have experienced backlash even at our own events from those who disagree with Church teaching on contraception, abortion, marriage, homosexuality, conscience and euthanasia. Typically, they are simply ignorant of the issues due to poor catechesis and formation. We often spend hours re-teaching or introducing Church teaching on these subjects, tragically even with graduates of Catholic institutions.

Not long ago I was speaking to a group of Filipino medical professionals here in the United States. A young nurse rose to challenge some of what I said. She had studied at a Catholic university but had never heard Church teaching on the intrinsic evils of contraception and abortion. Thinking I was wrong and that I was misleading those in attendance, she expressed her disagreement and admitted that she was participating in the distribution of contraceptives and assisting with abortions. Several pro-life and family leaders, including some nurses and doctors, were able to convey to the young nurse that her so-called Catholic institution and educators had failed her, and I was not merely sharing my opinion. She responded with anger and frustration, but eventually her anger shifted away from me and toward those who had misguided her — failing to expose her to the vast and rich treasury of Church teaching on life issues.

The Church knows this as well. Cardinal Carlo Caffarra, Archbishop Emeritus of Bologna, Italy, in a recent interview with the National Catholic Register, said education is key to protecting life, marriage and the family. The long-term strategy that Catholics must take upon themselves, according to Cardinal Caffarra, is “to busy ourselves in a great educational work.” He continued:

In my opinion, in the places of learning, there’s also no education of true love of the truth anymore. On the contrary, many people teach the young that the search for the truth is a sad and useless passion that can breed only intolerance. At this point, the human person is lost and finds himself, the famous philosopher would say, before paths that don’t lead anywhere.

If we are to combat the evils of our day and transform peoples and cultures, we must provide proper armament through authentic Catholic formation and catechesis. It is unacceptable, even uncharitable, to send the faithful into the battle without the tools necessary to confront the enemy. To do otherwise is to risk sending them to their death, as they are unable to defend themselves from the enemy who is articulate, cunning and relentless.

To meet the challenges of our own time, we need all of our Catholic institutions to be orthodox, a word which means in the original Greek “right opinion.” For Catholics, this means adhering to right doctrine, including the fact that when a question has been decided by the Magisterium and consistently taught as true, it is no longer a subject for a debate, but it is a given and true premise in moral argument and education.

It is scandalous that this concept remains under constant attack even from within the Church – especially when the doctrine in question has to do morality. Today it is common to hear flippant dismissals of those who defend Church teaching as doing so out of mere “rigidity” or a lack of compassion. I want to ask those who take this approach if it applies to the entire Catholic tradition. Is the person who cites and defends Church doctrine on solidarity with the poor, for example, also being unjustly rigid? Does he lack compassion for the person who — through no fault of his own — was born into wealth and therefore does not share as much as the Church thinks he ought with the poor?

The absurdity of the question is its own answer, which makes you wonder why for so many it is only the Church’s more controversial moral doctrines that are supposed to be watered down for “compassionate” reasons.

In order to be vibrantly Catholic, Catholic institutions and their faculties must have a complete knowledge of Catholic tradition and teaching. They must be held accountable for conveying such teaching and reprimanded or removed from influence if they teach contrary to doctrine. They must be prepared to integrate Catholic teaching and tradition throughout all academic subjects; and faculty must give public witness to the integration of the faith in daily life. Finally, our shepherds, who rightly hold Apostolic authority, must hold these institutions accountable and when necessary rebuke them when they fail to exemplify Catholic teaching and tradition. We need our shepherds to protect us from the enemy and support faithful institutions whose mission and duty it is to promote and uphold the Faith.

Cardinal Caffarra is absolutely correct in his observation about the role of Catholic education. Our enemies have successfully infiltrated our educational institutions and polluted the minds and hearts of generations. If we are able to take these institutions back and re-instill Catholic life and identity, we will have much greater success in preparing souls to know, love and serve God in this world so they can be with Him in the next. They will bear great fruit and build a Culture of Life that loves, defends, protects and serves life.

I’ll close with an important question. With all of the recent confusion regarding essential Church moral and social doctrine, are we seeing greater peace in the Church, or are we seeing something else?