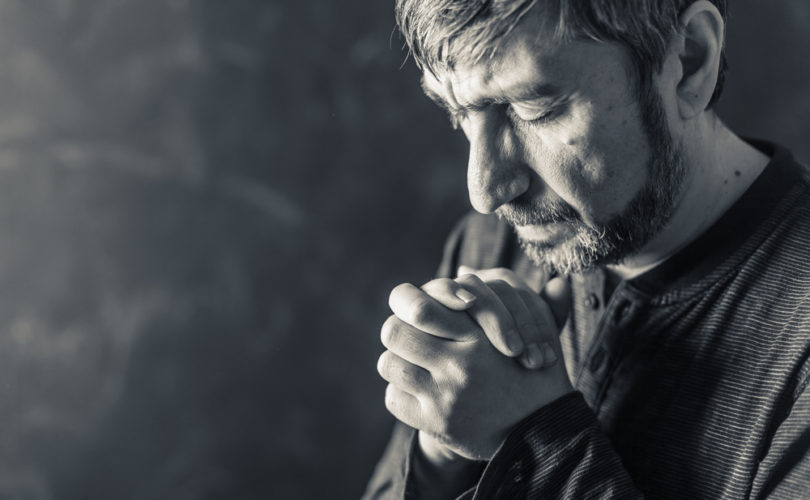 January 19, 2016 (TheCatholicThing) — The book God or Nothing, a wide-ranging interview with Cardinal Robert Sarah, Prefect of the Congregation for Divine Worship and the Discipline of the Sacraments, by the French journalist Nicolas Diat is one of the most refreshing things published in recent memory. I cannot praise this book too highly. It breathes forth the wisdom, insight, and deep faith of a truly devoted servant of the Church. It is a prophetic witness to the truth. Sarah gets to the root of what is ailing the world today, and proposes the Church’s unchanging remedy: faith in God as revealed by His Son Jesus Christ. Along the way, he also chides fellow churchmen and the faithful for those occasions when surrender to a worldly spirit has brought great harm to the Church.

Pope St. Pius X was asked after his election what would be the program of his pontificate. He pointed to a crucifix and said, “This is my program.” In a similar vein, asked about the current situation, “Is it a crisis of the Church or a ‘crisis of God?’,” Sarah responds: “Contrary to what we may think, the greatest difficulty of men is not in believing what the Church teaches at the moral level; the most difficult thing for the postmodern world is to believe in God and in his only Son.”

The root problem in Western society – and the Church – comes down to this: degrees of unbelief in God and in his revelation. This unbelief ranges from atheism (theoretical and practical) to agnosticism (often the fruit of ignorance, laziness, or spiritual blindness) to pick-and-choose Catholicism. When we fail to adhere unreservedly to Christ and his teaching, we are left to our own devices – not a happy thought.

Sarah states: “If the tie between God and Christians is weakened, the Church becomes simply a human structure, one society among others. With that, the Church becomes trivial; she makes herself worldly and is corrupted to the point of losing her original nature. Indeed, without God we create a Church in our own image, for our little needs, likes, and dislikes. Fashion takes hold of the Church, and the illusion of sacredness become perishable, a sort of outdated medication.”

Consider such remarkable things as the recent praise of the late David Bowie by L’Osservatore Romano. This follows upon earlier elegizing of Michael Jackson and the recent use of St. Peter’s Basilica as a projection screen for various profane images. Even more significantly, the Faith has been trivialized by the campaign to give Holy Communion to the divorced and remarried. The mere repetition of the Lord’s words, “Everyone who divorces his wife and marries another commits adultery” (Lk 16-18). is dismissed as harsh, uncharitable, and morose.

The reception of Holy Communion by those living in an invalid second marriage is viewed by the innovators as a matter of justice – a remedy for unjustly excluding them from the community of the faithful, exposing them to unwarranted shame, and frustrating their laudable desire to be nourished by the Lord. The innovators derisively stigmatize 2000 years of Catholic teaching as an outdated, rigorist, and fundamentalist reading of the Lord’s words. Such intransigence allegedly prevents the Church from carrying out the Lord’s “real intention”: that everyone who wants to receive Holy Communion be invited to participate at the banquet of his Body and Blood.

But the Lord’s words are clear and have been faithfully applied in the life of the Church from the beginning. They cannot be dismissed without undermining the binding force of everything else He said. The campaign to clear the way for Holy Communion for the divorced and remarried is a corruption, remaking the Church into a sentimental gathering in which only certain parts of what the Lord said are preached and lived.

Here’s the new drill: if we find something in the Gospel offensive to our new sensibilities, then let’s ignore it and effectively rewrite Church teaching by changing her sacramental practice. To calm nerves, let’s claim that the doctrine remains unchanged. We do not really believe that, of course, but it is the necessary camouflage for revolutionary doctrinal innovation until we can cast off this pretense. Then we can simply announce that whatever anyone thought that Christ’s teaching meant in the past, it now means something quite different, thanks to the gift of the “prophetic voices of our age.”

How did we get to this point? Cardinal Sarah supplies the answer: “Western societies are organized and live as though God did not exist. Christians themselves, on many occasions, have settled down to a silent apostasy.” The sacred nature of the sacraments has been swallowed up in a humanistic view that sees the Church as a dispenser of personal comfort and consolation, and as a promoter of group solidarity and social action.

In this scheme, not allowing someone who wants to receive Holy Communion to do so is intolerable. Is it not a silent apostasy when some churchmen tell us that the unworthy reception of the Lord’s Body and Blood must not be interfered with by reminding the faithful of what the Lord actually said?

Our largely toxic Western culture is reflexively hostile to truth claims that conflict with the sexual revolution. The Church has the mission to proclaim the truth about marriage as taught by Our Lord, not cast that teaching aside in order to conform to the world. Cardinal Sarah is again on target when he says: “The Church proclaims the Word of God and celebrates the sacraments in the world. She must do this with the utmost honesty, a genuine rigor, a merciful respect for human miseries that she has the duty to lead toward the ‘splendor of truth,’ to quote the opening words of an encyclical by John Paul II.”

This column first appeared at The Catholic Thing (www.thecatholicthing.org). Copyright 2016. All rights reserved. Reprinted with permission.