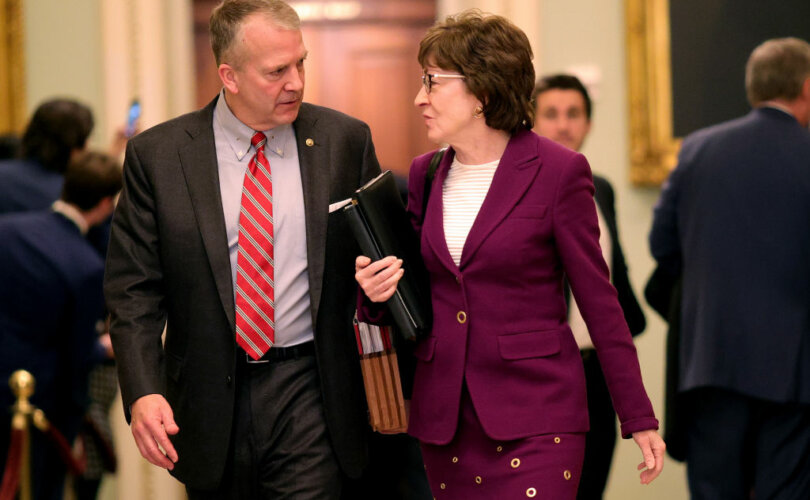 (LifeSiteNews) — No one was surprised when the misnamed Respect for Marriage Act passed in the House by a 267–157 vote last July. The Democrats held the chamber and voted as a bloc. Most conservatives, however, were startled when the same bill recently passed the filibuster hurdle in the Senate, where the Democrats were short ten votes to bring the measure before the full Senate for approval.

The House bill had counted on the scandalous support of 47 Republican representatives who broke with their party’s platform and principles to pass this bill, which codifies same-sex “marriage” into federal law. The Senate vote for cloture found not the needed ten but twelve Republican votes to set the bill up for almost certain passage and the signature of Catholic President Joe Biden.

The curse of the RINOs

The dramatic vote for same-sex “marriage” highlights the weakness of conservatives on crucial matters like this one. The bill’s passage was solely in the hands of the Republican Party. One word from Senate Minority Leader Mitch McConnell demanding unity should have been enough to stop it cold. However, the Republican Party threw away its chance to defeat it and once more betrayed the trust of millions of social conservatives who have rescued them from defeat.

The Republicans have always been plagued by the so-called RINOs: Republicans In Name Only. These liberals in conservative clothing cast their votes with the other side, especially when moral issues are at stake. They take victory away from the pro-life and pro-family cause.

The extinction of the DINOs

The shameful appearance of so many RINOs is contrasted by nary a single DINO: Democrats In Name Only. Congressional Democrats voted obediently as a bloc to codify same-sex “marriage.” There was no debate or hesitation. Iron-fisted Nancy Pelosi ruthlessly made everyone in the House toe the party line. Senate Majority Leader Chuck Schumer made sure that even wannabe DINO senators, Sen. Joe Manchin (WV) and Sen. Kyrsten Sinema (AZ), voted in lockstep with the party.

No one is surprised that Democrats vote consistently with their lack of principles on important moral issues. On abortion, the Democrats have displayed a fanatical zeal to make sure the slaughter of innocents continues unabated even until birth.

Gone are the days of the blue-dog Democrats who defied their party on these vital issues. The control of elected Democratic officials is total in today’s polarized America. Favoring abortion and same-sex “marriage” is non-negotiable for the left.

The (Dis)Respect for Marriage Act is the left’s revenge for the Dobbs v. Jackson ruling overturning Roe v. Wade. It used that good SCOTUS decision as motivation to expand and solidify same-sex “marriage” nationally.

The new legislation will formally repeal the Defense of Marriage Act (DOMA). In 1996, DOMA passed in the Senate (85–14) and was signed into law by President Bill Clinton. It had defined marriage for federal purposes as the union of one man and one woman.

The proliferation of CINOs

One final bipartisan bloc of legislators must be defined in this betrayal of principles. It is the CINOs: Catholics in Name Only. The Church has always taught that homosexual acts are gravely sinful. As part of the Church’s role as guardian of natural law, She must oppose the travesty of same-sex “marriage” wherever it appears.

The Catholic bloc in the 117th Congress vote is plenty large to stop cold any bad legislation. There are 134 Catholic representatives (77 Democrats, 57 Republicans) and 24 Catholic senators (15 Democrats, 9 Republicans). As the most numerous religious bloc in the legislature, Catholics could have easily prevented the passage of the (Dis)Respect for Marriage Act bill. Catholic Republican Senators who voted for cloture include Sen. Susan Collins (ME), Sen. Lisa Murkowski (AK), Sen. Dan Sullivan (AK), and Thom Tillis (NC).

These CINO legislators openly mock Church teaching by their positions in favor of this and other anti-Catholic bills. As noted, Church officials likewise neglect their duty by not rebuking, admonishing, or excommunicating from the fold of the faithful those legislators who consistently vote for anti-Catholic measures. Wayward public officials tranquilly remain in good standing inside the Church.

A call to courage

The passing of the (Dis)Respect Marriage Act shows that the problem with conservative politics is not a lack of support, principles, or votes. Conservatives have all the means to defeat evil legislation. Church leaders are likewise well-positioned to affect these issues. The problem is there is little will to do so.

The strength of this effort is only as strong as its weakest link. RINOs and CINOs are not reliable allies. Strong party leadership is needed to enforce stands on non-negotiable issues and field better candidates. Catholics must not be afraid to proclaim the Faith in the halls of government.

The real problem is cowardice. Legislators and party leaders are afraid to stand for principles in the face of what the media deem “popular” or trendy. Church leaders are afraid to appear lacking in compassion when the greatest act of charity – indeed, it is listed as a spiritual work of mercy – is to admonish the sinner.

Cowardice is never a winning position. It always leads to defeat and ruin.