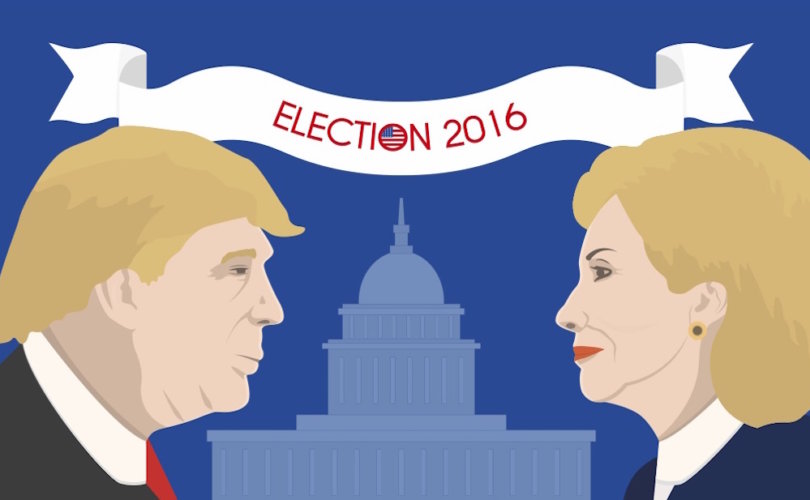 September 12, 2016 (LifeSiteNews) — Since there are those who still consider themselves to be both Catholics and Democrats, it is time to take full stock of the issues that divide the two major parties in America. I was raised Italian-American which, throughout most of my life, meant that being both a Catholic and a Democrat were a foregone conclusion. Indeed I was the student campaign chairman for San Diego for Edmund G. Brown Jr. when he first ran for Governor of California in the 1970s. He was young and a former seminarian and I thought, at the time, that his Democratic policies were worthy of my support. Yet, much has changed in the last 40 years. During the next two decades, as I was completing 20 years of Catholic education, the Democratic Party drifted away from pro-life and traditional family values. Consequently, although I am still a devout Catholic, I can no longer support any candidate that subscribes to the Democratic Party platform.

Lest there be any doubt as to the vast divide between the platforms of the Democratic and Republican parties, one need only consider the insightful analysis of my friend Pastor Jim Garlow. Although he is not a Catholic, his views on important social and political issues are much more in line with those of Catholics who take their faith seriously. If one wants to hear an equally enlightened perspective from a well-respected Catholic source, they need only consider this compelling new video on Democratic policies produced by Catholic Vote.

The informed Catholic voter should recognize that the Democratic Party has long since lost the right to claim that it stands on the side of the poor and the downtrodden. Indeed, authoritative polling shows that conservatives in red states contribute more money to charities than liberals in blue states. Democrats who claim that they are more concerned about minority rights also have a lot of explaining to do to the African-American community. The Democratic Party's unbridled support for abortion has led to a decimation of their community. This fact is made all too clear by this hard-hitting video from my friend Pastor Walter Hoye.

Nor can Democrats claim that they are more concerned about fair immigration policies, at least not for persecuted Christians seeking to immigrate to the U.S.; tragically, potential terrorists now have a much easier time entering our country. Democrats also claim that they are more concerned about the environment, especially when it comes to climate change; however, science does not support that global warming is even a legitimate issue and that humans are responsible for any significant impact on the planet's temperatures.

Democrats also claim that they are the more compassionate party when it comes to helping people who are born gay or transgender.  Yet, science does not support the claim that being gay or transgender is either innate or immutable; indeed the great weight of the science indicates that sexual orientation and gender identity are social constructs used for political purposes. Furthermore, even our more progressive Pope Francis does not support the expressed goals of the Democratic Party. On the issues of same-sex “marriage” and the transgender agenda, he has used particularly strong words denouncing them.

On the issues concerning life, Pope Francis, in canonizing Mother Teresa on September 4, praised her for her unyielding defense of the. Likewise, on the issue of euthanasia, Pope Francis rightfully calls it a “triumph of selfishness” and not compassion.  Even in his formal writings, Pope Francis condemns the issues that the liberals love to embrace, including abortion and euthanasia, and same-sex “marriage” and gender theory.

The secular policies of the Democratic Party have been devastating to the religious culture of the United States. What is more, we need only look to the Netherlands, the first country to embrace same-sex “marriage”, and one of the first to embrace euthanasia, to see the terrible impact that its secular policies have had on the Catholic Church. As a result, the Dutch Bishops have reported to Pope Francis that the Catholic Church in the Netherlands is on the verge of collapse, with hundreds of parishes slated for closure. Yet, even in the Netherlands, the new orthodox Catholic religious orders are flourishing.

In light of the irrefutable evidence, I invite my fellow Catholics who have not yet left the ranks of the Democratic Party to learn from the lessons of history. If they do not, our nation and our Church are destined to join the ranks of the secular European nations that are well on their way to their demise. Even more important, Catholics should embrace the time-honored teachings of their Church on matters of faith and morals.This is the only hope for the United States to avoid collapse and to ever reclaim its former greatness.

Charles LiMandri is the president and chief counsel for Freedom of Conscience Defense Fund.