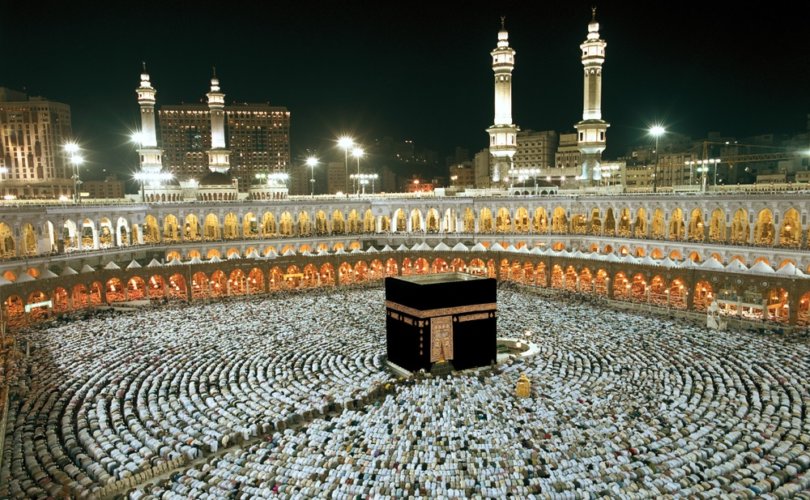 September 25, 2020 (Crisis Magazine) — Nothing facilitates jihad like ignorance of Islam. And since there is so much ignorance, jihad has been spreading rapidly. But we don’t seem to notice. We hear scattered reports about the persecution of Christians in Nigeria, Egypt, Pakistan, and Iran. We know or should know about the daily knife and vehicle attacks in Europe. Yet we are somehow sure that such things can’t happen in America. But it is precisely our naïve nonchalance that practically guarantees that it will. Meanwhile, Church leaders do nothing to dispel the ignorance. While the Vatican deludes itself with talk of common ground, Islam continues to devour ground—both geographical and cultural.

Of course, it’s not just Catholics who aren’t facing up to unpleasant truths about Islam’s spread. After thirty-six thousand deadly jihad attacks since 2001, complacency is still the order of the day. This complacency is due in large part to the fact that we underestimate the extent of jihad. That’s because we never hear about the vast majority of jihad attacks, and also because we tend to quickly forget about the ones we have heard. The threat is real, but our memory is short.

But maybe you’re still not convinced that the threat is as extensive as I’ve suggested. So, to make the point, let me test your memory about some large-scale Islamic terror attacks that you might have forgotten. For instance, do you remember the first attack on the World Trade Center? For many of you, that’s an easy question. But younger readers may be scratching their heads: “What first attack? There was only one, wasn’t there?” Many members of the “woke” generation hadn’t yet been born in 1993. That’s when Islamic terrorists detonated a massive truck bomb in the parking garage underneath the North Tower. It blew a hundred-foot-wide hole through four sublevels of the building, sent smoke to the 93rd floor, and resulted in six deaths and more than a thousand injuries (many from smoke inhalation).

Now, let’s make the questions a little more difficult. Do you remember the bombing of four commuter trains in Madrid? It happened in 2004 and resulted in 191 deaths and 1,800 injuries. It was big news at the time, but today’s fast-spinning news cycle tends to drive old events quickly out of memory to make room for new ones.

How about the massacre in Beslan, Russia? Do you recall that? In 2004, thirty Muslim terrorists took over a large elementary school in Beslan. More than 330 people—many of them children—were left dead before the army finally dispatched the terrorists. At the time, it seemed like one of those heart-wrenching stories that one never forgets. But it’s a good bet that, outside Russia, many have forgotten it.

Mumbai? The attack in Mumbai by a team of Muslim terrorists was a four-day siege that left 164 dead and 300 wounded. One of the main targets of the attack was the iconic Taj Mahal Palace Hotel, large sections of which could be seen on TV news engulfed in smoke and flames. If the attack on Mumbai is still fresh in your mind, perhaps it was recalled to your memory by the release of the film Hotel Mumbai in February 2018.

The Bataclan Theatre attack? The London tube and bus bombings? The Brussels Airport attack? All of these were large-scale attacks with massive casualties, yet you probably have to strain your memory to bring up even a dim recollection.

Now, for the sixty-four-thousand-dinar question. Do you remember the coup attempt on the government of Trinidad? No? Well, neither did I. I came across the story only recently, and then, with a little help from Wikipedia, it slowly came back to me. In 1990, 115 members of a radical Muslim organization took over the Parliament and the island’s only television station. After six days, they finally surrendered to the army, but not before 24 people had been killed.

I bring up the Trinidad coup attempt because it demonstrates just how widespread jihad is and how long it has been going on. At this point, I’m tempted to launch into a discussion of the several jihad attacks on beach resorts and tourist attractions. But I don’t want to spoil your next vacation, and besides, violent jihad is not even the main problem.

The main focus of this book is not on armed jihad, but on another kind of jihad that is even more threatening. I call it “cultural jihad,” but it’s also referred to as “stealth jihad.” This kind of jihad is more dangerous because it’s more widespread and because most of us are hardly aware of its existence.

Cultural jihad is a long-term campaign to spread Islamic law and culture by influencing key cultural institutions such as media, political parties, schools, and churches. Take the influence operation that Arab states have been conducting on American universities. Since 2012, tiny Qatar has donated $376 million to Carnegie Mellon University, $351 million to Georgetown, $340 million to Northwestern University, $275 million to Texas A&M, $41 million to Virginia Commonwealth University, and lesser amounts to two dozen other major universities. Saudi Arabia has donated similar sums to more than sixty universities.

Why would Islamic donors give large sums of money to already wealthy American colleges? What do they hope to get out of it? Does the emir of Qatar hope that Harvard will name a building after him? Are Saudi princes hoping to get their sons into Princeton despite low test scores? Or are they, perhaps, trying to bribe the Mideast Studies Departments, the Islamic Studies Departments, and the History Departments to present Islam in a favorable light?

Of course, the politically correct answer to the last question is: “Bribes? That’s ridiculous. Who ever heard of an American university accepting bribes?”

The reality is that there are hundreds of such influence operations reaching into all our major social institutions. Some of them aren’t even very stealthy, because they don’t have to be. Western citizens have learned to keep their heads down and not notice things. If you notice and make a fuss, that means you’re an “Islamophobe.” And that could mean big trouble.

Does cultural jihad stand a chance of transforming the culture? Well, here’s an analogy. Ten years ago, it didn’t seem as if the LGBT movement had a chance of enforcing its nuttier notions. If six years ago, you were told that libraries all over the country would someday be sponsoring drag-queen story hours for kids, you wouldn’t have believed it. Likewise, you wouldn’t have believed it if you were told that doctors and professors would be fired for failing to address bearded men as “Miss.”

But now we’re all believers. All of a sudden, the drag queens are calling the shots. This is fairly amazing when you consider that the LGBT slice of the population is only about 2 percent, and the drag queen and bearded lassies segments are smaller still.

Muslims in America are less than 2 percent of the population, but they are backed by a worldwide Muslim population of 1.7 billion. They are also backed by the same powerful forces that back drag-queen story hours and boys in girls’ locker rooms—namely media, academia, courts, big business, big tech, and prominent politicians. In addition, like the LGBT lobby in America, Muslim activists in the United States use the same successful tactics. At first, they say that they’re simply civil rights groups whose only desire is for equal rights. They assure you that all they want is a place at the table. Then the demands ramp up, and if you don’t go along with them, you are—depending on which group you’re offending—either a homophobe or an “Islamophobe.”

It almost seems as though the Islamists and the leftists have been—what’s the word?—“colluding.” In fact, a tacit alliance has long existed between Islamists and leftists in the West. And both groups have been highly successful in their efforts to hollow out the culture from within.

Many people are unaware of this alliance. And here we come back to the knowledge-gap problem. Curiosity, they say, killed the cat, but it is lack of curiosity about Islam that is killing the West. One can’t entirely fault the average citizen for his incuriosity, however, because when it comes to Islam, the press gives him little to be curious about.

Take the plot to blow up the railroad bridge over the Niagara River gorge as a New York to Toronto passenger train crossed over it. What’s that? You never heard of the plot to blow up the bridge over the Niagara River? That’s strange. If successful, the plot would have resulted in hundreds of deaths. Luckily, it was foiled by the Royal Canadian Mounted Police and the FBI. But don’t feel bad if you didn’t know. Outside of New York, the plot got very little news coverage. Apparently, the media decided it wasn’t important for you to know.

According to the old saying, “What you don’t know won’t hurt you.” But what you don’t know about Islam can hurt you very much. The Niagara River gorge is hundreds of feet deep, but not nearly as deep as our ignorance of the faith founded by Muhammad.

This excerpt from William Kilpatrick’s new book, What Catholics Need to Know About Islam, originally appeared in the September 1, 2020 edition of Crisis.