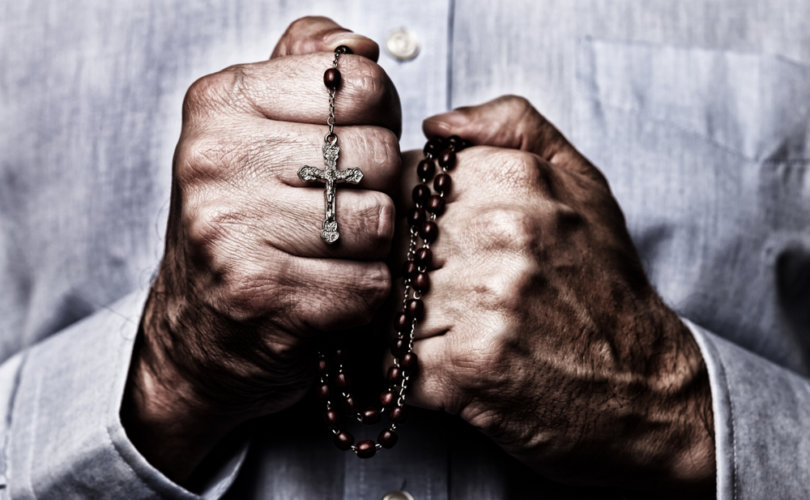 June 26, 2020 (LifeSiteNews) – In 2013, the New York Times published a bleak essay titled “The End of a Catholic Moment,” mourning the loss of the prestige and influence Catholics had had in America only a few years earlier.

In 2005, Republicans built their party platform on Catholic social teachings, Democrats anxiously sought the approval of Catholic “values voters,” and the mainstream media broadcasted Pope Saint John Paul II’s splendid funeral with such reverence that it “almost felt like an infomercial for the Catholic faith.”

That “Catholic moment” was over. But another soon came with the election of Pope Francis. Almost immediately, journalists and public figures the world over celebrated a sort of springtime for the Catholic faith, and the dawn of a new golden age.

Just two years later, Pope Francis made history by performing the first-ever canonization of a Catholic saint on U.S. soil: that of St. Junipero Serra. Republican Speaker of the House John Boehner wept on live television during the Pope’s address to Congress. Democratic leaders Joe Biden and Nancy Pelosi joined the pontiff in reverencing a statue of the new saint.

As you’ve already learned from the events of the past week, that “Catholic moment” was just as fleeting as the last. But in fact, I would argue that neither was a true Catholic moment at all.

As Catholics, we need to come to understand that, and to accept with gratitude, with wonder and awe, and with firm conviction, that the true Catholic moment is never when the world welcomes our faith with cries of ‘Hosannah.’

No, the Catholic moment is when the faith is nailed to the Cross.

In this Catholic moment—and this truly is the Catholic moment!—we need to have faith in Our Lord’s heroic mission, which was ultimately accomplished almost completely alone, amid darkness and earthquakes, on Good Friday.

Through the dedication of a few faithful Catholics, He offers to accomplish great things in this world. And if we have the courage to rise to the occasion, He may even help us to preserve this nation for our children.

In the lead-up to the Battle of Lepanto in 1571, Islamic forces bent on world-domination had killed countless European Christians. Thousands of others had been led away to serve as sex slaves. Muslim forces had demolished and burned churches and committed unspeakable acts of humiliation and torture as a warning against any who would resist.

Just a few decades after the Reformation, Christian Europe was divided and in disarray. It seemed unlikely to the enemy that a united force would ever come against them. Dismayed Catholics and Protestants alike were weak at the knees, unwilling to do anything to draw the Muslim’s attention to their own countries and towns.

But by the grace of God, a few Catholic men had the wisdom to recognize the situation for what it was. This is what the Catholic moment looks like.

These men refused to stand by as their churches were desecrated and their families enslaved. Under the leadership of the young Don Juan of Austria, outnumbered by at least 100 ships, they defended Europe against the violent piracy of her would-be slavemasters.

After the fact, the whole Christian world celebrated. The Battle of Lepanto had changed the course of history. As Catholic scholar Michael Novak once wrote: “The air of Europe that October tasted of liberties preserved.”

Today, we see our family and friends in the grip of confusion. We see our Catholic neighbors suffering despair. Some scenes from late nights in American cities are even starting to look like early tremors of violence that began in Mosul just a few short years ago.

But each of us needs to see our Catholic moment as clearly as Don Juan of Austria and his men saw theirs.

Symbols and monuments like the statue of St Junipero Serra are reminders of the same transcendent moral order our forebears in the Battle of Lepanto defended – the moral order that kept our “liberties preserved.”

And when Black Lives Matter leaders like Shaun King threaten to tear down statues and stained-glass windows of Jesus Himself, we know it’s time for Catholics to be vigilant.

We must defend our monuments because we know that assaults on these pillars of the transcendent moral order always lead to assaults on the human persons whose dignity they represent–the dignity of creatures made in the image of God.

When I saw the statue of Junipero Serra fall, I thought of my trips to Iraq.

I have stood in the rubble of churches that were still smouldering after ISIS set them on fire.

I’ve walked through village after village where every Christian symbol was destroyed. It was a matter of course that, in these places, it wasn’t just the symbols that were destroyed, but thousands of our neighbors as well.

We cannot let that happen here.

The evening after the mob tore down the statue of St. Junipero Serra in San Francisco, I searched for responses from Catholic leaders. San Francisco Archbishop Salvatore Cordileone had issued a powerful statement, and also took to the radio to boldly defend the faith and condemn the desecration.

When I searched for a response from another California prelate, Auxiliary Bishop Robert Barron, I found his most recent social media post about Saint Junipero Serra was from 2015–the year of the grand canonization and papal visit.

Barron is one of those whose cheerful, worldly, and self-comforting idea of the Catholic moment leads to a scattered flock, to panic hatreds and denunciations of the faith, and to the desolation of Our Lord in the true Catholic moment – the moment of His Passion, when He desires most ardently to accomplish His saving work in the world.