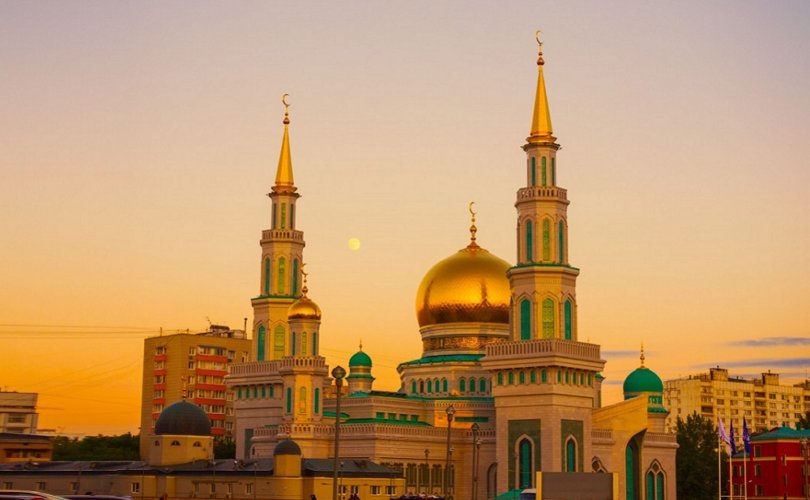 August 28, 2018 (Turning Point Project) – Like most Americans, I didn't know a great deal about Islam prior to 9/11. So, for a while anyway, I accepted the formula that “Islam” means “peace.”

That's what President Bush and other world leaders assured us, and they also insisted that the 9/11 terrorists represented only a tiny minority of Muslims. The most compelling argument for me, however, was that the Catholic Church seemed to hold the same view – that Islam was a religion of peace.

The linchpin of that positive assessment of Islam was the Vatican II document Nostra Aetate. The section on the Church's relationship with Muslims states that Muslims “adore the one God,” “revere Jesus,” “honor Mary,” and “value the moral life.” Their religion, in other words, was just like ours.

If that was the case, then it stood to reason that Islam, like Catholicism, was a peaceful religion and that terrorists, therefore, misunderstood their own faith.

Given that the West understood very little about Islam at the time, and given that Nostra Aetate paints Islam in a positive light, it's understandable that Catholics circa 2001 would accept the notion that “Islam means peace.”

It's amazing, however, that, fifteen years later, many still do. Since 9/11, a great deal of evidence has accumulated to suggest that Islam is not a peaceful religion and was never intended to be. The evidence can be found in abundance in the texts and teachings of Islam, in the pages of history, and also in the streaming headlines that run across the bottom of your TV screen.

Still, there's Nostra Aetate to contend with. Some Catholics take it as holy writ – the Church's final and definitive word on the religion of Islam. Ever since Vatican II, it has served to limit rather than expand knowledge about Islam. As far as some Catholics are concerned, the Church has spoken (through Nostra Aetate) on the subject of Islam, and there's nothing more to say.

This seems to be the position, for example, of Msgr. Stuart Swetland, the president of Donnelly College, who recently asserted that those who deny the peaceful nature of Islam are “at odds with the magisterial teachings on what authentic Islam is.”

But it appears now that the much-cited “magisterial teachings” on Islam were never intended to be definitive. Nostra Aetate seems to have been meant primarily as a gesture of outreach to non-Christians. The preface to the document makes it clear that its concern is chiefly with “what men have in common and what draws them to fellowship.” Even a casual reading of the documents reveals that the Council Fathers were aiming at fellowship, not doctrinal precision.

Some of the sharpest criticism of Nostra Aetate comes from Pope Benedict. In an October 2012 essay for L'Osservatore Romano, Benedict wrote of a “weakness” in Nostra Aetate: “It speaks of religion solely in a positive way, and it disregards the sick and distorted forms of religion.” Was he thinking of Nostra Aetate's one-sidedly positive assessment of Islam and its corresponding lack of caution? For the sake of fellowship, had the Council fathers decided to ignore the darker side of the Muslim faith?

It seems likely that this is what Benedict had in mind when he spoke of a “weakness” in the document. A few months earlier, Vatican Cardinal Walter Brandmuller was quoted as saying that Nostra Aetate does “not have a binding doctrinal content.” Since he is the co-author (with Vatican Bishop Agostino Marchetto) of a book titled Pope Benedict XVI's Keys for Interpreting Vatican II, it is probable that Benedict shares that view.

The trouble with Nostra Aetate is that it leaves us with an incomplete picture of Islam. Underneath the surface similarities between Islam and Christianity noted in that document, there is a vast gulf. Catholics whose only familiarity with Islamic beliefs comes from Nostra Aetate or the Catechism of the Catholic Church would never know that Islam is built upon a specific and often vehement rejection of almost all the main doctrines of the Christian revelation – the Trinity, the Incarnation, the Crucifixion, and the Resurrection. Their religion, in short, is not “just like ours.”

It's refreshing, then, that slowly but surely Church authorities are taking a more realistic view of the document. The most recent indication of that change of mind is a statement by Archbishop Guido Pozzo, the Secretary of the Pontifical Council Ecclesia Dei. “Nostra Aetate,” he told a German Newspaper, “does not have any dogmatic authority, and thus one cannot demand from anyone to recognize this declaration as being dogmatic.” As far as I know, no one has contradicted him on the point.

This is good news. The fiction that Nostra Aetate obliges Catholics to believe in the peaceful nature of Islam has done quite a bit of harm – primarily by giving Catholics a false sense of security about the threat from Islam. Now that it is being put in its proper perspective, the way is open for Catholics to think more realistically about the faith founded by Muhammad. One place to start is to put to rest the notion that the word “Islam” means “peace.” It means “submission.”

This article originally appeared in the November 1, 2016 edition of The Catholic Thing.  It is reprinted here with permission from the Turning Point Project.