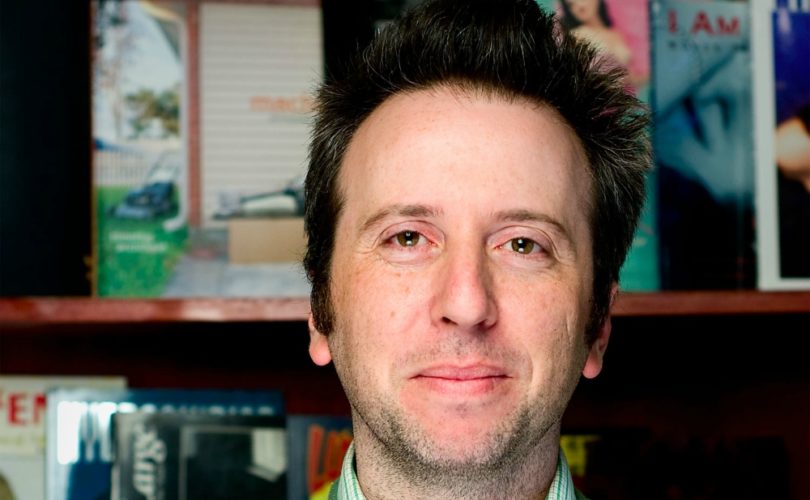 TORONTO- September 25, 2015 (LifeSiteNews) — Toronto sex educator Cory Silverberg, who almost single-handledly brought the annual Oregon Adolescent Sexuality Conference to an end after 30 years with last year’s presentation on the latest sex technology, has come out with a book for pre-teens on sex, fetchingly titled, Sex is a Funny Word: A Book about Bodies, Feelings and You.

The 160-page book is heavily and brightly illustrated by artist Fiona Smyth with pictures of children in far more colours than the rainbow contains, conveying what CBC Radio show “Q” fulsomely describes as Silverberg’s “radically inclusive, diverse and open” approach.

Significantly, the CBC said nothing about Silverberg’s 2014 presentation on advances in sexual technology, with 11-year-old Oregonians and young teens in his audience, titled  “From Texting to Teledildonics: Is Technology Changing Sex?” This provoked such intense news media attention and alarm among parents and school boards that this year’s event was cancelled.

In fact, the CBC did consider supplementing their piece on Silverberg’s new book with criticism from conservative parents associated with the popular resistance to Ontario Premier Kathleen Wynne’s pansexual sex education curriculum. But when the designated conservative spokesman, Jack Fonseca of the Campaign Life Coalition, told CBC about Silverberg’s Oregon debacle, the publicly-owned broadcaster dropped him like a hot potato.

When Fonseca asked CBC Radio producer Tyrone Callender when the agreed-on interview would take place, Callender replied late on Wednesday, with, “Got the articles. Sorry I wasn't able to follow up with you earlier but I was working on several other segments today. Thank you for reaching out to offer your perspective on this issue.”

Thank you but no thank you. By Thursday the sympathetic interview with Silverberg was on air without conservative criticism. Instead, the host served up parental opponents to the Ontario Sex Education Curriculum as straw men for Silverberg to knock down. Their hostility to Wynne’s agenda was not only un-Canadian, he obligingly offered, but based on “fear” and ignorance – “a problem of parents reacting without knowing what’s going into the curriculum.”

His book is engagingly written for children raised on comic books with many of its messages delivered as cartoon balloons coming from the purple, green and orange heads of the small group of pre- and early-teens being treated to an imaginary tour of “sex” by their teacher. In keeping with Silverberg’s insistence that “it’s not my place… to tell kids that sexting is good or bad or that masturbation is a bad thing,” every kind of relationship is treated approvingly, regardless of how far it deviates from the normal. Reproduction via sexual intercourse, for example, “is [only] one way grown-ups make babies.”

If there is one thing the book is clearly against, it is sexual abuse. And a child can be sure there is something wrong going on when the other person insists on keeping it secret. Do the opposite, says Silverberg, and tell someone you trust, or better, tell several people.

If Silverberg seems tone-deaf to conservative Ontario, he is more like a visitor from another planet to the citizens of Oregon. In his keynote address to Oregon parents, educators, and ‘tweens as young as 11, he gave how-to, on-screen lessons on a virtual, interactive sex site called VirtualFem, on how make an avatar for Internet interactions, and on how to use “teledildonics,” which are genital stimulators that can be operated reciprocally by sexual partners in remote locations.

Silverberg begins, however, with a grotesquely botched history lesson revealing the field of sexology’s inherent bias against religion in general and Christianity in particular. He tells how St. Bernard of Clairvaux, “who kind of ruled everything,” wanted to “destroy all the mills” because these highly productive and progressive innovations, powered by wind and water, were places where classes mingled and sexual acts happened.

“So this would be tantamount to threatening to destroying the Internet, or destroying all cars and the knowledge to build them,” said Silverberg. While this comparison may be true, the rest is not. St. Bernard advised a single abbot whose mill brought prostitutes together with friar-millers to either kick out the women, replace the friars with civilians, or abandon the mill. Christian monasteries didn’t destroy mills, they famously built them and spread their use across Europe to the general enrichment of the population, along with other agricultural innovations.

All this has been explained by historian Rodney Stark in a series of books, such as The Victory of Reason: How Christianity Led to Freedom and Capitalism, and Western Success.

Silverberg is not the only sex educator to spread glaring falsehoods about the Catholic Church. Colorado Springs sex therapist David Snarch for many years told seminar-takers how the Church stood in Columbus’ way because it didn’t want its teaching that the world was flat to be refuted. In fact, educated Europe had known since before the time of Christ that the world was round.

One youth in Oregon recorded Silverberg’s talk and leaked it to KOIN6 TV, which launched a series of investigative reports that brought down a storm of criticism on the 30-year-old conference, including threats from the local sheriff to shut it down. This year the state-wide consortium of “progressive” educators decided to avoid the furore and cancelled the event several months ahead of time.

Campaign Life Coalition’s Jack Fonseca told LifeSiteNews, “Shame on the CBC for promoting a man who is on record having promoted a pornographic website and remote- control sex toys to children as young as 11 years old.  Such a person should never be given honours and accolades. This shows that CBC Radio has no integrity whatsoever, going even so far as to bury hard evidence. It’s ironic, isn’t it, that ‘Q’ is the same program that Jian Ghomeshi, the alleged abuser of women, used to host?”