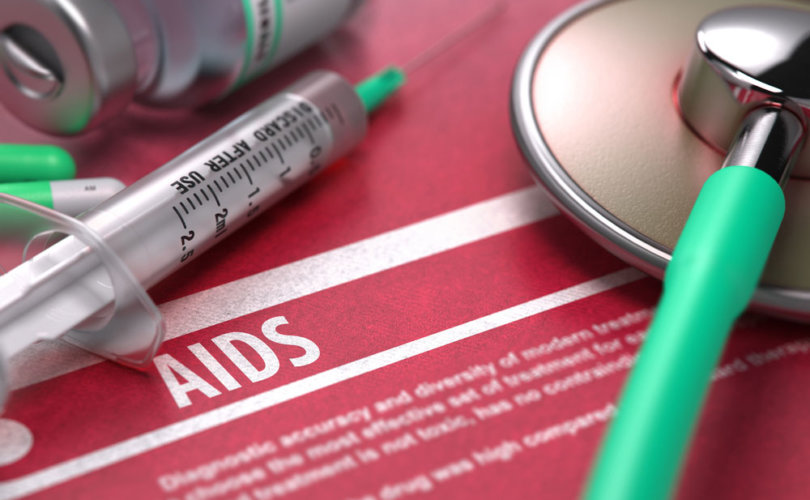 June 17, 2016 (LifeSiteNews) – Since the left is now engaged in an all-out effort to blame Christianity for the Orlando massacre, actually committed by a homosexual, muslim, ISIS, jihadi, then a decent respect for the truth is in order. Christians have not created a climate of danger for homosexuals. If anything, the following CDC data clearly indicates where the single-largest threat to homosexual life comes from: other homosexuals (though under ISIS, that's about to change).

Thirty-five years into the AIDS pandemic, some 311,000 men who have sex with men (MSM) have died of the disease here in the U.S., and MSM are responsible for almost 30,000 new HIV infections per year.

If condoms were as safe as gays have scolded the Catholic Church over these past 3 1/2 decades, whence these ghastly infection rates? It's not as sweet and pretty in the LGBT world as we are led to believe. The numbers tell the story. If Christians are responsible for the mass murder committed by a gay jihadi, then what of the hundreds of thousands of MSM who have infected one another? What of the 30K new cases of HIV in MSM annually? Do homosexuals have an obligation to protect one another? The statistics below are chilling, but they tell a hard truth. The biggest threat to homosexual life is other homosexuals.

From CDC:
By Risk Group

Gay, bisexual, and other men who have sex with men (MSM) of all races and ethnicities remain the population most profoundly affected by HIV.

In 2010, white MSM continued to account for the largest number of new HIV infections (11,200), by transmission category, followed closely by black MSM (10,600).

See HIV in the United States: At A Glance, U.S. Centers for Disease Control and Prevention, CDC

This article was origanally posted on the Facebook page of Gerard M. Nadal and is re-published with permission.

Where do we belong? An ex-gay Catholic reflects on the Orlando massacre