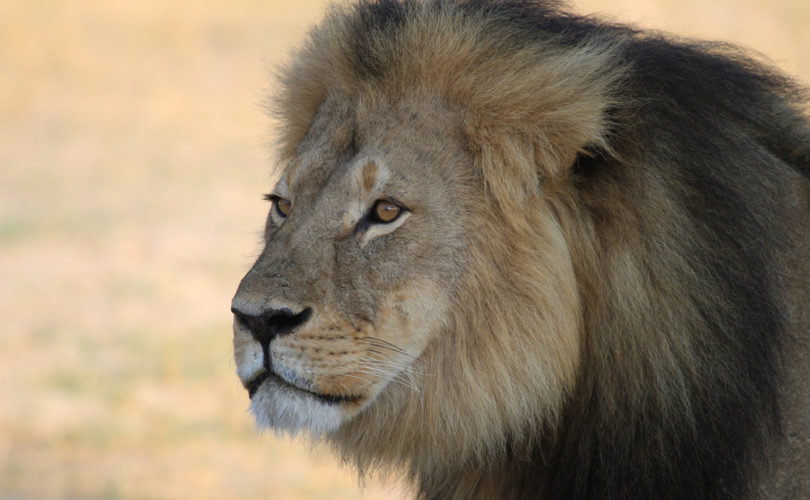 August 6, 2015 (BreakPoint) — Sometimes the glaring contradictions of postmodern life are almost too much to bear. Secret video after secret video have revealed a greedy, shocking, and callous disregard for human life by Planned Parenthood, and there is barely a peep of protest from our elites in the media, politics, and entertainment—not even a throat-clearing in most instances.

Yet a single lion in Zimbabwe is killed by a Minnesota dentist and the cries of moral outrage from all quarters are deafening. Talk show host Jimmy Kimmel teared up when describing the killing of Cecil, prompting conservative talk show host Sean Hannity to ask whether he would “tear up over the Planned Parenthood videos and the body parts or the fetuses that are being crushed so they can save the liver and the heart and the lungs?” Such frustration on the part of Hannity and others is understandable—but it’s also wrong.

Please hear me out. We’ve simply got to resist the temptation to pit the story of Cecil against the Planned Parenthood story. This is because they’re actually related. Our understanding of right and wrong should not devolve into “us versus them” banalities.

Just because many are giving short-shrift to the incomparable value of unborn human beings doesn’t mean that we need to devalue the animal kingdom and our God-given responsibility as stewards to care for all of creation responsibly.

Though no animal has the same intrinsic worth as a human being, the fact is, our own worth and dignity as God’s image-bearers demand that we care for God’s creation carefully and responsibly. Clearly that did not happen in the case of Cecil the lion. Wesley J. Smith writes that one of our duties “is the obligation–because we are human beings–to treat animals humanely and with respect, and to not cause suffering unless required by an overriding human need.”

In this case, Cecil apparently was lured out of a safe zone in Zimbabwe’s Hwange National Park, was shot with a bow and arrow—taking many hours to die—and eventually was beheaded as a trophy to hang on the dentist’s wall. While I’m not against responsible hunting, this looks more like wanton slaughter of a grand creature that, if we have eyes to see, helps us to grasp God’s strength and beauty. There’s a reason, after all, that Aslan is a lion.

Though I’m grieved by the comparative lack of concern over the treatment of the unborn as if they’re so much hamburger, at least the outcry over Cecil the lion reminds us that people still care about right and wrong, on some level. Let’s work with that, encouraging our neighbors to extend that care to the unborn. Let’s champion what is right across the board. Good people need not choose one over the other. William Wilberforce’s example is instructive here.

Wilberforce, of course, fought the British slave trade for many years because, as a Christian, he could not allow that brutal institution to continue undercutting human dignity. But the outworking of Wilberforce’s Christian worldview didn’t stop there. The great member of Parliament also fought for a “reformation of manners” in England, seeking to preserve an otherwise decaying society by reintroducing people to God’s standards in numerous areas of life.

And did you know that one of his passions was getting people to treat animals humanely? In 1824 Wilberforce actually founded the Society for the Prevention of Cruelty to Animals, saying that the ugly contemporary practice of bull-baiting was evidence of a “degraded human nature.”

So let’s not fall into the trap of pitting the senseless death of Cecil the Lion against the wanton slaughter of the unborn. They are not the same, but they both speak powerfully about human dignity—our dignity as God’s image-bearers and as caretakers of His creation.