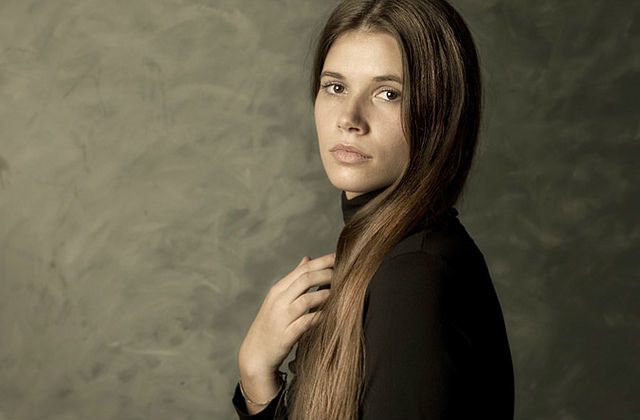 October 12, 2015 (MercatorNet) — One of Steven Spielberg’s films about childhood, technology and wonder, A.I. Artificial Intelligence, is set in a not-too-distant future when global warming has drastically reduced the human population. Lifelike robots called Mecha are supplying more and more human needs, even emotional ones.

The central character is a boy-like Mecha called David who is programmed to love his human “parents”. But there’s another seedy character played by Jude Law called Gigolo Joe, who offers “love” to women who have no men in their lives. A brief scene in which a young woman makes use of his services is terribly sad. The closest thing in her life to love is an android sex toy.

A similar depersonalised, dehumanised version of sex is being played out in Britain. Among a steady trickle of women seeking IVF there are singles who have never had sexual intercourse. And because the National Health Service only subsidises IVF for women who “have been trying to get pregnant through regular unprotected sexual intercourse” for two years they have to pay at least £5,000 for each treatment cycle. They are very sure that they do not want a man in their lives.

Their child will not be the fruit of a loving relationship, or indeed of any human relationship.  Admittedly, single-motherhood-by-choice has become a familiar option in the sexual revolution. But most people have presumed that single women who had recourse IVF are or were in a relationship of some kind. Some scraps of the notion that children deserve both a mother and a father remain. Even women who say that they had failed to find Mr Right were at least searching for him.

In short, these are women who want a child but no intimacy and no love. Josephine Quintavalle, of the group Comment on Reproductive Ethics, nailed it when she told the Mail:

“What is the child for these women? A teddy bear that they pick off the shelf? The message from nature is for a male and female to have a child, and I am saddened that we are willing to distort this. The diminished role of the father is not desirable for the child. Once you start down this route, where do you stop?”

The unusual approach to motherhood even troubles some of the fertility specialists. “Just because money talks does not mean it’s the right thing to do,” Gedis Grudzinskas, a leading IVF doctor, told the Mail on Sunday. It appears that there have been about 25 of these cases over the last five years. At least four major clinics told the newspaper that they had helped virgins to become pregnant.

Child psychotherapist Dilys Daws said the fact that virgin women were resorting to IVF “suggests someone who is not emotionally mature enough to be close to someone else – and that matters when it comes to bringing up a child. It implies the woman has a fear of having a close physical relationship with someone else, in which case the baby will not be brought up with that love.”

Fertility specialists had different observations about the IVF virgins. One said that: “In some cultures it is the stigma associated with childlessness which causes some women to head for fertility treatment rather than counselling for psychosexual issues.” Another’s explanation was “fear of sex. Most of them don’t have a fertility issue – it’s more a psychological problem”. Another observed that “Some wish to save sexual intercourse for a special relationship. They feel they have not found the right partner to share sex with, but they know they want a baby now.”

Maha Ragunath, a doctor at Care Fertility, told the newspaper:

“The number of single women I see has doubled over the last decade and single women now account for at least ten per cent of my patients … A small percentage have never been in a relationship and never had sexual intercourse. They are extremely happy to go ahead on their own and don’t care about the implications that might bring for the child or how they would go into a new relationship.”

Curiously, something similar seems to be happening in Japan, but to a far greater degree. A 2013 survey by the Japan Family Planning Association found that 45 percent of women between 16 and 24 “were not interested in or despised sexual contact”. Even more surprising was that one-fourth of men felt the same way.

Obviously there are vast cultural differences between Britain and Japan. In the former, this bizarre form of reproductive celibacy is still small; in the latter, it is so common that it is having a huge impact on the birthrate (which is about 1.4, one of the lowest in the world). But both signal that our increasing reliance on technology, even in the most intimate areas of human life, is creating a society without robust interpersonal relationships.

Is it worthwhile considering whether reproductive technology like IVF is creating a future that no-one but the most extreme misanthrope actually wants? As a spoiler alert, Spielberg’s film ends with the extinction of the human race.