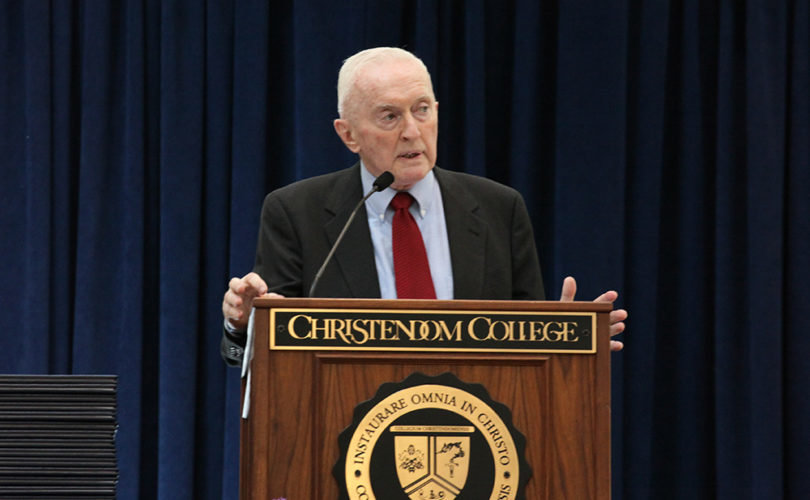 Being a Christian isn’t for sissies.
~ Johnny Cash

Ammon Hennacy, godson of Dorothy Day, was picketing and protesting war taxes in Phoenix. It was 1949, and folks out west had little experience with political gadflies like Ammon, so they hauled him into the police station. The police captain threatened to jail him, but thought better of it after consulting with higher-ups. The captain let Ammon go and told him he could picket, but that he’d be taking a risk. Here’s how Ammon relates the final exchange:

“You’ll be on your own,” the captain said.

“I’ve been on my own all my life. I don’t need cops to protect me,” I answered.

Later, as he hoisted his signs and took his stand like some latter day John the Baptist, Ammon entertained a journalist’s question:

“Hennacy, do you think you can change the world?” said Bert Fireman, a columnist on the Phoenix Gazette.

I’ll be the first to admit that it’s a stretch to compare Hennacy, the anarchist rabble-rouser and pacifist, with Dr. Charles Rice, the law professor, boxing coach, and Marine. Still, when I learned of Rice’s passing last week, it was Ammon’s bold defiance in Phoenix that leapt to mind. It’s exactly the kind of single-mindedness and visceral courage that defined who Rice was – a characterization that I was glad to see affirmed by Nell Jessup Newton who wrote the memorial post on the ND law school’s website:

A man who stood by his beliefs no matter what, [Rice] respected those who opposed him, and the feelings were mutual. Never one to shy away from a fight, Professor Rice was willing to take on the difficult battles for what he knew to be the truth.

In particular, Dr. Rice was passionate about fighting for life and for the Faith, and it’s in those arenas that I came to know him best. We’d met each other through mutual friends over the years, and I’d always been an admirer of his writings on abortion and the right to life, so when I had an opportunity to help arrange a series of pro-life speakers on my campus a number of years ago, he came to mind immediately.

“What’s the topic?” he asked when I contacted him.

“We’re bringing in Joe Scheidler to talk about abortion,” I told him, “so we were thinking you could address the issue of euthanasia.” That was fine with him.

The date arrived, and I met Dr. Rice at the front doors of Bethel College’s auditorium where he’d be speaking. His trademark grin was wide and bright, and he shook my hand vigorously as I ushered him inside.

“These are all Christian kids, right?” he asked.

“Yes, for the most part,” I replied. “Mostly evangelical Protestant, so they’ve been hearing the pro-life message all their lives.” He nodded, acknowledging the fresh datum, his eyes drifting upward as he cogitated.

Dennis Engbrecht, the VP for Student Development at the time, introduced Rice to the Chapel audience, and it turned out he had a story to tell. “Dr. Rice is well known for his books and his scholarship and his fearless defense of life,” Engbrecht said. “But my own introduction to Dr. Rice was when the movie version of Kazantzakis’ The Last Temptation of Christ was released in 1988, and it came to the theater right across the street from here.” That theater is gone now, but I remember it well: A small, two-screen cinema next to the Kroger on McKinley – I saw Gattaca there, and maybe one or two other films.

Back to Engbrecht’s introduction. “The opening night of the film,” Dennis recalled, “Dr. Rice showed up at the theater to picket and protest the movie’s sacrilegious content.”  Picture it now: Dr. Charles E. Rice, acclaimed author, speaker, and legal scholar, a beloved Notre Dame law professor known and respected throughout the world for his efforts on behalf of truth and life and justice, and he was all by himself outside that theater, walking back and forth with a sign – to all the world, a fool and a crank, like Ammon Hennacy. Dennis, however, saw a man of firm and gutsy conviction, a hero. That’s how I saw him, too: A role model of fortitude and unwavering commitment to his beliefs come what may.

And a role model of faith besides. After his remarks about euthanasia and Terri Schiavo in Chapel that day, Dr. Rice encouraged the students to pray for a greater respect for life, womb to tomb, despite the culture’s continual slide toward relativism. “You can always pray to St. Jude,” he recommended, adding, “You know about St. Jude, right? The patron saint of impossible cases?” Rice knew he was talking to a Protestant audience – I’d reminded him myself – but he nonetheless urged them to pray to Mary and the saints because he knew that such prayers had merit. And you know what? It wasn’t an awkward moment at all. Well, at least not for me.

Aside from those interactions I had with Dr. Rice when he visited Bethel, I rarely had the privilege of speaking with him. Occasionally I’d ask his advice about bioethics and the law, and he even read through drafts of some of my earliest writing attempts before I submitted them for publication. My favorite memories of him, however, are the many times I’d see him and his wife, Mary, at St. Joe hospital for daily Mass. He’d almost always sit in the back, and I’d only catch a glimpse of him as he went forward, head bowed, for Holy Communion. Those glimpses were in themselves moments of inspiration.This great man, possessing such a great mind and great heart, full of love for his cherished wife and family, and yet somehow overflowing with boundless generosity for his students and friends and countless other people and causes – this great man daily approached the throne of grace and ate of the divine banquet. It was his secret, and I felt a privileged kinship with him in sharing it.

After those daily Masses (if I could catch him), he’d always greet me cordially, inquire of my family, and encourage me in my work and writing efforts. “Keep at it,” he’d say. “It’s important.”