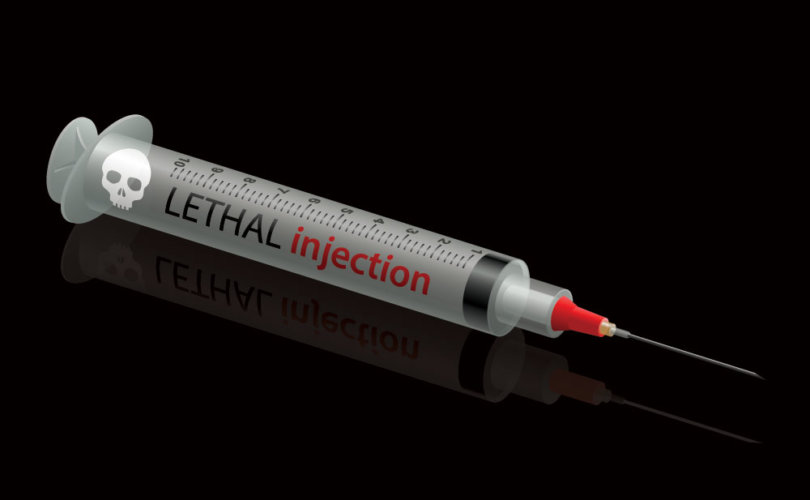 April 15, 2016 (LifeSiteNews) – Most everyone has heard of the notion that if you put myriad monkeys in a room with typewriters, pens, paper and computers eventually one of our simian friends would produce a work akin to Hemingway, St. Augustine or Judith Krantz.

I think what they would end up with would be closer to Bill C-14, the Liberal government's bill on euthanasia and assisted suicide — or as I call it, killing of patients — released Thursday.

As Kelly McParland wrote in the National Post, the only beneficiaries will be lawyers who should be able to buy a beautiful cottage or two from the legal fees that will be generated by the confusion generated by this bill.

It raises so many questions you wonder whether adults wrote it or their young progeny during a “bring your kids to work” day. The bill is so unclear it leaves open critical questions: Who will be considered terminal? Will a physician have the right to exercise his or her conscience and refuse to refer a patient to someone who would kill him or her? Does it allow for non-medical personnel to administer the poison?

Try to figure this cryptic clue about who is eligible:

“[N]atural death has become reasonably foreseeable (precise proximity to death is not required).”

No one can define what “reasonably foreseeable means” and nor could anyone of average intelligence or greater even begin to unravel the clause that “precise proximity to death is not required.”

The one good thing we can say about Bill C-14 is that it has upset activists on both sides of the debate. That would normally be good politics because it demonstrates independent thinking on the part of the government and a refusal to pander. But in this case the government does not deserve credit.

This bill is simply inept. It does not follow the odious recommendations of its own fact-finding committee and nor does it follow the Supreme Court of Canada decision of February 2015 which declared our ban on assisted suicide and euthanasia void.

For example, the court decision allowed for the killing of psychiatric patients and those with non-fatal chronic pain. The government follows none of this.

We who have fought against the killing of patients should be happy, right? We appear to have won some battles, right?

For the most part we are not happy at all.

Most of us have said for years that any bill will be a starting point for greater calamity. A conservative, restrictive bill would grow over time as citizens became more used to it, which was the case in Holland and Belgium. A few years ago the doctor who was the architect of Quebec's euthanasia law said the province's effort was just a beginning and over time the law would encompass more ailments and younger patients. It was awful to hear but at least honest.

Now we have been left with a mess. A good lawyer, Supreme Court decision in hand, will easily be able to challenge the “restrictions” in the new law and crush them like a bug.

For those of us fighting the killing of patients our job will be harder. My fear is that even anti-euthanasia audiences will start to think this bill is really not so bad and that the government seemed to have listened to our concerns.

The bill is the way it is because of incompetence. It leaves a giant legal vacuum in which any “violation” of the bill will easily be contested because the language is so vague.

We are going to have at some point a law that will be much broader than what the government has proposed. It may take a few years but it will happen. In the meantime, many more Canadian will buy into the lie that Bill C-14 is a perfect compromise that is safe and responsible.

By the time the law allows children, psychiatric patients and those who are simply tired of life to end their lives with state approval and assistance most Canadians will have been lulled into a false sense of safety and simply will not notice as the beast grows.

At least a clear bill would have made it easier to fight. It might have alarmed enough people who would have resisted falling prey to a system of legalized murder.

This article was originally published on the blog of Alex Schadenberg, Executive Director and International Chair of the Euthanasia Prevention Coalition and is re-published with permission.