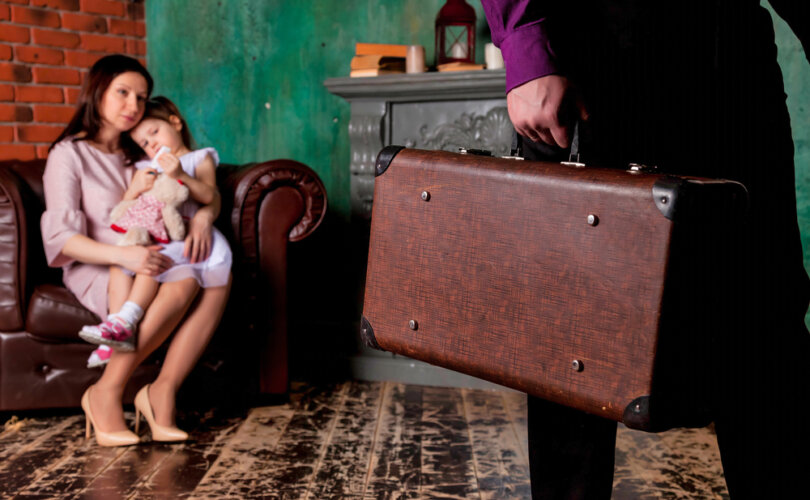 (MercatorNet) — Although I strongly believe involved fathers fulfill an irreplaceable social role both within families and in a civilized society, I was nevertheless shocked to learn a confirming fact for my views from Jack Brewer’s appearance on the December 17 show “Unfiltered with Dan Bongino.” Brewer, an African-American former professional football player, said, “82 percent of those who commit mass shootings don’t have fathers in their lives.”

In a report he previously released on behalf of the Center for Opportunity Now, an organization that seeks to revitalize the prosperity of our urban centers through private enterprise and for which Brewer serves as Chairman,  he goes on to cite equally distressing figures concerning the negative effects caused by the lack of involved two-parent families: 70 percent of youths in state-operated institutions come from fatherless homes and 85 percent of youths in prison come from homes without fathers.

A plethora of other data and research Brewer highlights in his report sets forth additional negative effects for the nearly 9 million American children with absent fathers. Brewer concludes, “children from fatherless homes fare far worse in metrics of overall well-being and mental and behavioral health.”

Consider the following additional illustrative examples he cites: 90 percent of all homeless and runaway children, 63 percent of teen suicides, and 85 percent of children and teens with behavioral disorders come from fatherless homes.

Citing figures from the US Census Bureau and other government reports, Brewer further points out how households without fathers are 25 percent more likely to raise children in poverty and how children in such households are likely to drop out of high school twice as much as children with both parents at home. Moreover, three out of four children living in public housing communities do not have a father living in the home. Other data cited by Brewer informs us that 71 percent of all children who abuse substances come from fatherless homes.

Such a negative impact upon American society is caused in part by the fact that the USA has the highest rate of children living in single-parent households of any nation in the world: 23 percent of children live with one parent and with no other adults. This figure greatly exceeds the world average, where only 7 percent of children worldwide are raised by a single parent.

The figures for populous countries such as China and India with single-parent households reflect only 3 percent and 4 percent respectively. Based upon all of the above, is it any surprise that American society is being torn asunder, fuelled in part by government welfare programs that encourage and compensate single mothers?

Our politically correct culture’s emphasis on valuing individual gratification more than physical and emotional well-being has produced a deteriorating societal cultural climate.  Even with a father present in the home, the average American school age boy only spends about 30 minutes per week in one-on-one conversations with his father as opposed to spending (on average) about 44 hours per week watching television, playing video games, and surfing the internet.

The idea of destroying the family unit has ancient roots going back to Plato’s Republic. It gained impetus from the Communist Manifesto and more recently from those on the radical left and those who believe in a sexual socialism that hesitates to bring children into the world.

While often utilizing excuses such as protecting the earth’s resources, others on the radical left are more direct in their efforts to dethrone the traditional family in favor of “families” they choose to create. For example, as gay-identified law professor William N. Eskridge argues, “Legally as well as culturally, the norm is up for grabs and as a community we must contribute to the reformulation of the norm.”

Marx and Engels viewed the family as an oppressive institution and thus called for its abolition. Consistent with such thinking, the Israeli socialists who founded kibbutzim in early twentieth-century Israel believed that raising children should be a communal responsibility. They thus created a structure where the children were raised communally, spent only limited hours each day with their parents, and slept communally in a separate children’s home without their parents.

This failed experiment of collective child-rearing in Israel gradually disappeared over the last several decades. Nearly all kibbutzim have now eliminated the communal child-rearing practices, even though it was previously fundamental to their theology.

However, to the contrary, much has been written concerning the importance of intact families, and in particular the important role played by fathers. For example, more than 50 years ago, Daniel Patrick Moynihan convincingly wrote about the importance of the traditional two-parent family structure and how the predominate absence of two-parent families in the African-American community was the primary predictor of negative social outcomes.

Although attacked by liberals and progressives as an example of white patronizing, cultural bias, or racism, conservative black leaders  such as Thomas Sowell believe that time has proven Moynihan’s thesis that African-American poverty and the extent of violent crime in their communities were a prime result of the number of single-parent families.

Jack Brewer has picked up the baton in order to further emphasize that intact families are the very core of a well-functioning society, that strong families are foundational to a strong America, and explains the staggering negative effects of one-parent families, particularly within the African-American community. Not only does Brewer continue to passionately advocate about the subject, but he also serves on the Commission on the Social Status of Black Men and Boys within the United States Commission on Civil Rights.

Religious believers hold the biblical view that the nuclear family is the bedrock of a healthy society. To them, marriage between a man and a woman is G-d’s method to support the consequences of the procreative potential of sex. They consider the two-parent family unit as the optimal environment for the care and nurture of children. This idea of maintaining the marriage relationship and keeping intact two-parent families is based on the universal and enduring values created by G-d thousands of years ago (Genesis 1:28, 2:18, 2:24).

Help Arthur Goldberg survive SPLC attacks on his work
Mr. Goldberg, a therapist, has helped people with unwanted homosexual attractions for decades, and now he needs our help to survive several Southern Poverty Law Center suits against him. Please consider supporting him today.

It has been transmitted down through the generations by the Abrahamic faith traditions (also known as the Judeo-Christian worldview and/or the Noahide Laws) and is primarily observed today by many different faith-based people who tend to place a high priority on the importance of two-parent families and children. These folks include Orthodox Jews, observant Catholics, committed Evangelicals, and faithful members of the Church of Jesus Christ of Latter-day Saints, as well as many other believers in the moral values of the Judeo-Christian worldview.

Rabbi Dr Shimon Cowen, founder and director of the Institute for Judaism and Civilisation in Melbourne, Australia, explains this faith-based belief system starkly contrasts with the contemporary ethic of secular progressive belief which states that individuals should be free to unite sexually with whomever they want, provided no “exploitation” occurs.

This secularist worldview represents a self-sufficient, Creator-less nature, and soul-less human being, characterized by subjective relativism and amenability to a utilitarian calculus of pleasure and pain. Secularism corrodes one’s personal moral and ethical values that would otherwise be based upon moral absolutes provided by G-d. It also corrupts ethical social organizations in the realms of justice, economics, and protection of life which, in turn, leaves us with a society in chaos.

In the mindset of the radical left and their religion of secularism, two-parent families with children have gone “from expected, mandatory, and mutually beneficial to unnecessary, optional, and potentially complicating.” In spite of the emergence of such thinking in today’s woke culture, thankfully, the nuclear family unit is still supported by a majority of Americans.