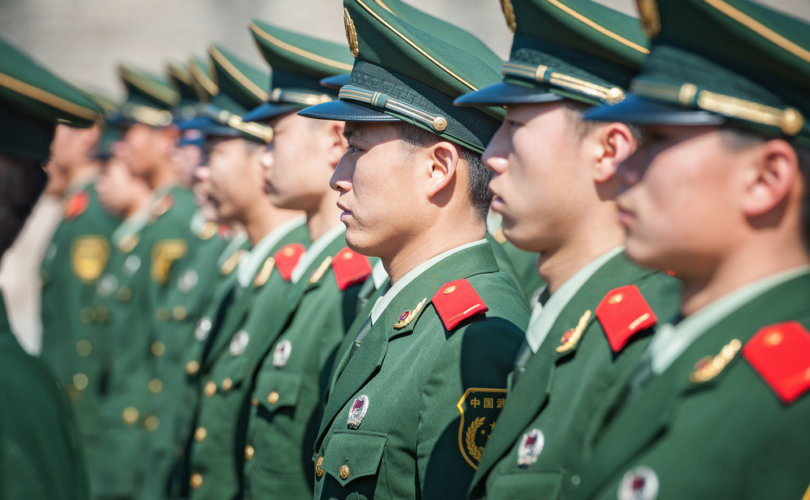 CHINA, September 11, 2018 (LifeSiteNews) – When the Chinese Communist Party implemented a “comprehensive two-child policy” in early 2016, outside observers assumed that it would be voluntary. And why should they not? To all appearances, this was a dramatic relaxation – a doubling, no less – of the restrictive one-child policy.

But appearances can be deceiving, especially where China is concerned. Instead of enjoying a new dawn of reproductive freedom, Chinese couples are actually being herded into something resembling reproductive servitude.

I say this because what the Party has actually decided to do, according to internal Party documents, is “comprehensively implement a policy of each couple giving birth to two children.” (全面实施一对夫妇可生育两个孩子政策)

In other words, after decades of ordering couples to have no more than one child, the Party has now done a complete about-face, and is instructing them that they should have no fewer than two.

The above quote comes from a directive issued by the Party authorities in Yichang, a central Chinese city of some four million people. Such provincial and local Party directives, it should be noted, always hew closely to the official Party line.

In fact, it is safe to assume that the Yichang directive, minor edits aside, simply parrots the Central Committee directive – still secret – that first laid out the new policy.

So what does the Yichang directive “On Implementing the New Comprehensive Two-Child Policy,” which is addressed to all Communist Party members and government organizations in the municipality, actually say?

It begins by affirming that the Comprehensive Two-Child Policy “is an important initiative undertaken by the Party Central Committee … that affects the reproduction of the Chinese race from one generation to the next as well as the health and happiness of future generations.”

The reference to the Central Committee – the most powerful political body in the country – makes it clear that what follows is an order, not a suggestion. Like the imperial edicts once issued by China’s emperors, it is simply to be obeyed, not questioned.

The Yichang authorities, having established that the future of the Chinese race is at stake, go on to lament the current birth dearth:

Our city’s birthrate is beyond low, with women not even averaging one child each. If this situation continues, it will pose dangerous risks and do enormous harm to our city’s economic development, as well as threaten the family happiness of the masses.

Since couples in Yichang are voluntarily averaging less than one child, they obviously don’t feel that being the parents of an only child in any way threatens their “family happiness.”

Local and national Party officials, however, feel differently. Like their national counterparts, they obviously view the unwillingness of those under their control to reproduce as a direct threat to their power, as the next sentence of the directive makes clear:

The direct consequence [of this low birthrate] is the risk of more one-child families, the aging of the population, shortages in the work force, and lagging behind in urbanization. This will in turn affect labor productivity and the overall economic competitiveness of our city.

To implement the Comprehensive Two-Child Policy, the directive announces a whole raft of pro-natal initiatives:

None of these initiatives are, as it turns out, unique to Yichang. Similar initiatives have been announced by literally dozens of provincial and municipal jurisdictions throughout China, obviously in response to the same central government guidelines that Yichang is following.

Most observers think that such perks will scarcely be enough to convince all, or even most, of this generation of young Chinese singletons to marry and have children.

The Yichang authorities seem to agree, because they put the burden of enforcing the policy directly on their fellow Party members.

Using language reminiscent of China’s Maoist past – but still used in internal Party documents today – the Yichang Party Committee issues an order: All Communist Party members under its jurisdiction are to “take the lead in responding to the Party Central Committee’s call” to have a second child.

“Older comrades,” that is to say, those who are beyond their childbearing years, are instructed to “educate and supervise their children” in the new policy. In other words, parents are to ensure that their own grown child (most will have only one) goes on to give them – and the country – two grandchildren.

“Younger comrades,” by which is meant those still able to have children, are given an even more difficult assignment. They are told that they must help implement the “comprehensive two-child policy” by leading by example. The Chinese phrase used in the text literally means “doing it starts with me.”

In other words, younger Party members are being ordered to bear two children.

Party members must also “mobilize the masses,” they are then told:

Every comrade must become a propagandist.  Publicize the benefits of having two children, and the risks associated with having only one.  Strongly encourage the masses, especially women of childbearing age, to adopt the policy as their own. Guide the masses to be responsible and follow the [new] birth plan by having a second child. All manner of measures must be used to mobilize the masses, and to actively implement the Comprehensive Two-Child Policy.

By now, each and every one of China’s 90 million Communist Party members knows what their comrades of Yichang know: namely, that there is a new political campaign underway to raise the birth rate.

Each and every Party member has seen a local Party directive similar to Yichang’s, and has been told to mobilize the masses to have two children. They have been told to lead by example, and to pressure their own children to comply.

We in the West, long accustomed to China brutally restricting births under the one-child policy, have to understand that there is a new reality in China. An aging population, a shrinking workforce, and diminishing economic prospects have led Beijing to strikingly reverse course.

The Chinese Party-State has stopped forcing young women to have abortions.  Under its new Comprehensive Two Child Policy, it is now mandating that they give birth.