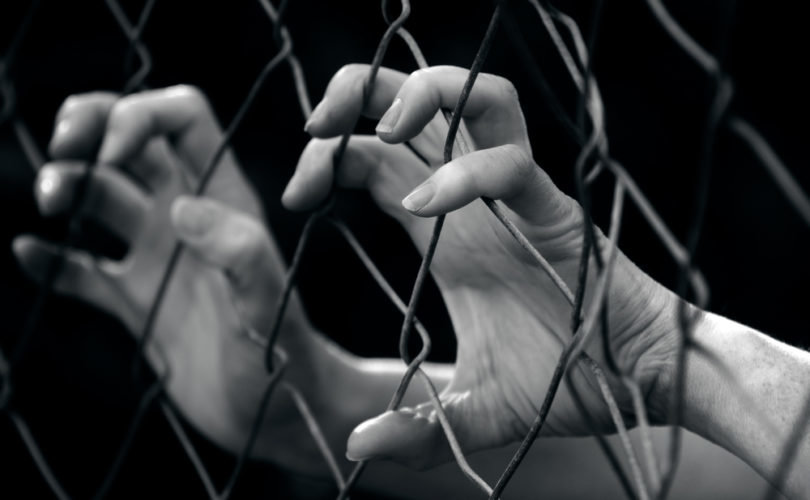 February 11, 2020 (LifeSiteNews) – In order to combat the worsening coronavirus epidemic, Communist Party leader Xi Jinping has declared a “People’s War” against the virus.

The communist leader has mobilized the entire machinery of the state — the military, the government, and the Party — and put the entire country on a war footing.  The province of Hubei, the epicenter of the epidemic, has been cordoned off from the rest of China, while an invading army of “veteran Party members,” medical personnel, and military units have been sent to the province to take control.  Their orders are to arrest anyone found to be carrying the disease and put them into containment centers. They are authorized to use force against anyone who resists, and Xi himself has said that anyone who disobeys government orders would be punished. Videos out of China appear to show coronavirus victims being forcibly dragged from their homes.

Xi’s extreme actions suggest that the epidemic is far worse than the official numbers would suggest, which by Tuesday night stood at 1,115 dead and 45,182 infected. How much worse is impossible to say, given the almost complete blackout of news from the quarantined province.   One leaked report from the Chinese social media giant TenCent suggested that the real death toll was 25 times higher than official claims. The report was immediately taken down and has proved impossible to verify, but it may be closer to the truth than the absurdly low official figure.

Ask yourself this question:  Would the Communist authorities quarantine tens of millions of people and shut down the Chinese economy for weeks on end because of a few hundred deaths?

What is crystal clear to me is that the Chinese Communist Party is acting entirely as one would expect such a criminal enterprise to behave when faced with a disaster of its own making.  In a January 19 meeting with senior health officials, the head of China’s National Health Service, Ma Xiaowei, summed up the Party’s priorities as politics, safety, and research. That is to say, the Party is putting politics first, containing the spread of the epidemic second, and research into how to cure the sick a distant third.

The Chinese public is rightly blaming its leaders, and the totalitarian system of control they have created, for allowing the disease to reach epidemic proportions in the first place. In response, the Party is putting its propaganda machine into overdrive. In an effort to protect the image of “People’s Leader” Xi Jinping, it is locking up critics and trying to shift the blame for the regime’s failures onto the local authorities in Hubei. At the same time, it continues to criticize “hostile foreign forces” — by which it principally means the United States — for creating panic in China by “overreacting.”  Of course, as the disease continues to spread day by day, President Donald Trump’s early decision to cancel direct flights to and from China, as well as rescue American citizens trapped in the plague city of Wuhan, was exactly the right call.

The Party’s second goal is to contain the epidemic by any means possible, and to do this it has put in place the largest quarantine in world history. In fact, it might be the world’s first multi-level quarantine. Not only has the entire population of Hubei, some 60 million people, been isolated from the rest of China, but also a dozen-and-a-half cities within Hubei itself have been cut off from the rest of the province. Except for emergency supplies, road and rail traffic in and of the province is at a standstill. Food and medical supplies are dwindling, factories and shops have been idled, and tens of millions of people have been virtually confined to their homes for the past three weeks.

But it is in the forced quarantine of individuals that the “People’s War” gets really ugly. On the ground in Hubei and in other places experiencing outbreaks, the police are going door to door in an effort to round up the infected and those they have been in close contact with. Anyone showing any symptoms of illness, such as a fever or a cough, is summarily arrested and taken to what the authorities are calling a “hospital,” but is in reality a sports arena or a high school or college gymnasium that has been turned into a detention center.

Early on in the epidemic, Yang Yunyan, the Vice Governor of Hubei Province, declared that they have located enough such sites to house 100,000 people. Spoken at a time when the official tally of infected was only 15,000 or so, the claim was another indication that the regime was seriously lowballing the real numbers.  Not surprisingly, Yang’s statement was quickly scrubbed from the internet. Still, a few days later, the leaders of Hubei Province, of which Wuhan is the capital, directed that all hotels, hostels and empty factories should be prepared to be transformed into quarantine stations.

Aside from converting existing buildings, the authorities are also hastily constructing a series of new buildings. Much fanfare has accompanied these new “hospitals” that have been built in as little as 10 days.  Here, say the authorities, is concrete proof of People’s Leader Xi’s concern for the sick, not to mention proof positive of the superiority of the socialist system.  But just calling a big concrete box a “hospital” does not make it one. The pictures of these “hospitals” show row after row of beds, but scarcely any medical equipment or medical workers in sight. With hundreds of coronavirus victims lying a few feet apart from one another, they almost seem designed to spread the disease, rather than cure or even contain it. In such crammed conditions, the sick will undoubtedly reinfect one another, as well as pass other secondary infections along.

What China is doing has nothing to do with quarantine, properly understood, and everything to do with a kind of ruthless triage system. The well-connected can always get a hospital bed.  Indeed, there is one hospital in Wuhan that is designated for the care of sick Party and government officials. As for ordinary people, those who are suspected of carrying the coronavirus are simply culled from the population and locked up for the duration of the epidemic, often receiving minimal medical care. There is a good chance that the containment centers will become giant morgues.

Xi Jinping is not the first Chinese Communist leader to use the term “people’s war.”  The inventor of that phrase was the late Chairman Mao Zedong, who used it as shorthand to describe a Communist military strategy of mobilizing the entire population to fight against an enemy — in his case the Japanese army, which had invaded China prior to World War II.

But who is the enemy today?

On the pretext of launching a “people’s war” against the epidemic, “People’s Leader” Xi has ironically launched a “war” against his own “people,” at least those whom he suspects of harboring the coronavirus.