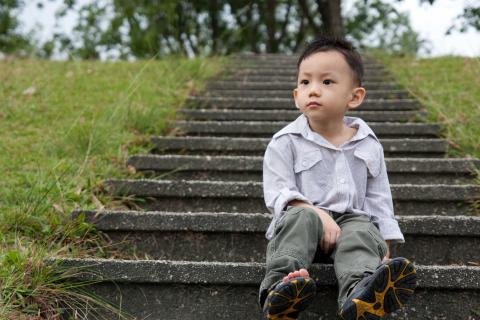 November 21, 2019 (Society for the Protection of Unborn Children) — For something that has been rightly called “the greatest bioethical atrocity on the globe”, China's horrific coercive birth control policy has never got the kind of attention or condemnation it deserves. While I've always had a reasonable grasp of the situation, most of my knowledge comes from pro-life circles — it never seems to be a big media topic.

That's why One Child Nation, a documentary by Nanfu Wang and Jialing Zhang (currently available on BBC iplayer) feels so ground-breaking. Including interviews with Chinese officials, family planning workers and Nanfu's own family, the documentary pulls back the curtain of propaganda, secrecy and indifference that has hidden the unspeakable crimes of the one child policy from the world.

It does not flinch from revealing the brutal horrors of forced sterilisations and abortions. While individual stories of women being tortured this way have filtered through to the West, Nanfu's investigations makes it clear that this was happening on an industrial scale. The midwife in her own village, who delivered her and every other baby there, said: “In those days, women were abducted by Government officials, tied up and dragged to us like pigs”.

The numbers from this one village mean the numbers across China are almost incomprehensible. When asked how many babies she had delivered, the midwife said she didn't know, “but I did between 50,000 and 60,000 sterilisations and abortions. I counted this out of guilt because I aborted and killed babies. Many I induced alive and killed. My hands trembled doing it. But I had no choice, it was the Government's policy.”

Another family planning official talked about babies being aborted up to the end of pregnancy. “Many of the foetuses aborted were eight or nine months along. When they were aborted they were still alive.”

The midwife is Nanfu's village is tortured by what she did. She now exclusively treats patients with infertility because “I want to atone for my sins, for all the abortions and killings I did…Some would say it wasn't my fault because it was my job, but I was the one who killed, I was the executioner. I killed those babies, didn't I?”

Disturbingly, however, the other official, despite having equally horrific experiences, said she would do the whole thing again, laughing nervously as she recalled a pregnant woman who was so distraught that she tore off her clothes and ran away. “During abortions, women would cry, curse, fight, go insane…Those memories…I had to put the national interest above my personal feelings.”

The scale of the brainwashing, illustrated by comments like this, was one of the most eye-opening aspects of the programme. Even those who had suffered horrendously from the policy still seemed to accept that it was necessary. Practically everyone interviewed seemed to have the attitude that destroying people's homes for refusing sterilisation “might be cruel, but policy is policy”. In the sense that the brutality was imposed by a coercive regime, people did not have a choice — but they also sought to absolve themselves of any responsibility. One of the most disturbing interviews was Nanfu's lovely, smiling mother, describing how she “helped” her brother abandon his baby girl so that he could try again for a boy. The baby was left at the meat market, where after two days of no-one taking her in, she died, covered in mosquito bites.

In addition to trauma of forced abortions and sterilisations, the documentary looks at the irreparable damage caused to families of babies being confiscated and taken to orphanages to be adopted abroad. It says something about the horrors exposed in the programme that when you're hearing about a baby being ripped away from their family to be adopted in America, you think “well, at least she doesn't have to grow up in China”.

There were some flaws in the programme. While the consequences of the birth control policy on women and families were brought out in stark detail, not enough was done to challenge the assumption that controlling the population was necessary, or to illustrate the wider societal consequences. And while it was mentioned that China now allows couples to have two children, the fact that this is still fundamentally coercive and unjustifiable was not gone into. The evidence that families are still persecuted for exceeding the state-sanctioned number of children (well explored in this BBC article) was not mentioned.

Also, the China Family Planning Association, the state-run body responsible for ensuring the policy's implementation, is a member of the International Planned Parenthood Federation (IPPF), the world's largest pro-abortion organisation (see section 27 of SPUC's 2005 submission to the House of Commons Foreign Affairs Committee). The UK government and other Western governments give millions of pounds annually to IPPF. It's a very great pity that the programme did not touch on the guilt of so many countries and institutions in the Western world which are also responsible for the atrocities described.

Swapping One Set Of Propaganda For Another?

Most disappointingly, Nanfu, who now lives in the US, concluded the documentary by saying: “I am struck by the irony that I moved from a country where women are forced to abort to one where the right to abortion is restricted. On the surface, they may seem like opposites, but both are about taking away women's control of their own bodies.”

Given that she had just shown us eighty minutes of babies being aborted at full term and left on rubbish dumps, women being held down and forcibly sterilised, and a father crying because he was forced to abandon his baby because his own mother threatened to kill her, comparing this with laws intended to protect unborn babies in America seems ignorant at best and grossly offensive at worst. Nanfu was very candid that she had been taken in by the Communist Government's propaganda as a child. It seems a shame that she can't recognise that she is now under the influence of another ideology.

Published with permission by Society for the Protection of Unborn Children.