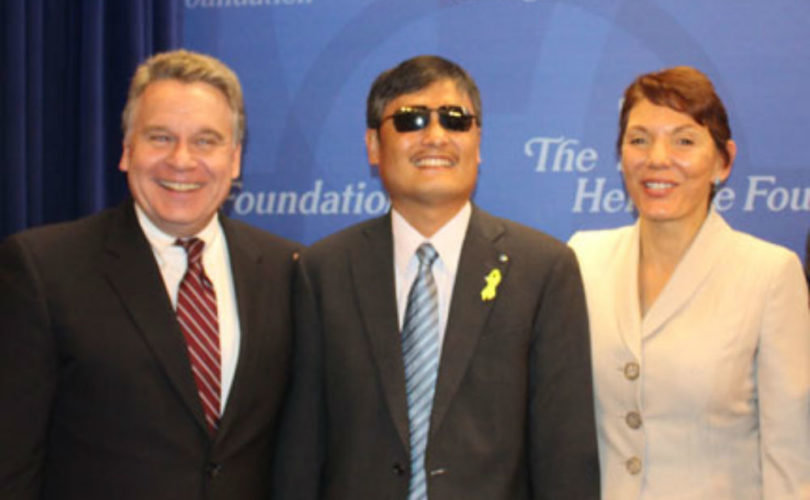 February 18, 2015 (LifeSiteNews.com) — On January 1, 2014, the Chinese Communist Party tweaked the One Child Policy, allowing couples in which either parent is an only child to have a second child.  This minor exception has been widely and wrongfully reported as an “easing” or “relaxation” of the One Child Policy.  One non-profit organization recently released a statement that they “would like to celebrate and rejoice” in the “victory” that additional babies have been born under the most recent exception.  Their statement – and the reports published in the mainstream media — do not mention the fact that the Chinese Communist Party has made no promise whatsoever to end coercive birth control.  To the contrary, on January 28, 2015, Chinese Communist Party news organ Chinadaily.com stated, “National Health and Family Planning Commission officials said in November [2014] that China currently has no plans to suspend or further relax its One-Child Policy.”

At an October 2014 event concerning the One Child Policy co-hosted by The Heritage Foundation and Women’s Rights Without Frontiers, blind activist Chen Guangcheng described a “war zone” caused by brutal family planning abuses: “In today’s China, under the Communist rule, the government can put their hand into your body, grab your baby out of your womb, and kill your baby in your face.” At the same event, Rep. Chris Smith called the one-child policy, “the most egregious, vicious attack on women ever.  China’s one-child policy announced in 1979 is state-sponsored violence against women and children – including and especially the girl child – and constitutes massive crimes against humanity.”

Reggie Littlejohn, president of Women’s Rights Without Frontiers, stated, “The coercive enforcement of the One Child Policy continues unabated, destroying women, children, whole families – and indeed, the fabric of Chinese society.  It constitutes the greatest women’s rights violation on the face of the earth and in the history of the world.  Whether you are pro-life or pro-choice, no one supports forced abortion, because it is not a choice.  The One Child Policy does not need to be ‘eased.’  It needs to be abolished.”

There has been a tragic rise in murder and suicide associated with the crushing “social compensation fees,” which can cost up to fourteen times a person’s annual salary, an amount the vast majority of Chinese citizens cannot afford.  If the parents are unable to pay these “terror fines,” their children will be denied “hukou,” or household registration.  Without hukou, children are ineligible for healthcare or education.  They become illegal aliens in their own land.

These atrocities continue to this day.

The minor modification of the policy that took place on January 1, 2014:

To proclaim “victory” under these circumstances is entirely unwarranted and may mislead many into thinking that the One Child Policy is a thing of the past.  Littlejohn stated, “It is a continuing heartache to me when people celebrate minor revisions in the One Child Policy.  I think of all the women and babies suffering and dying now from forced abortions.  It is hard to lead a movement to end forced abortion in China when people think it has already ended. So long as forced abortion and sterilization continue in China we must fight it.  This is a time to increase pressure for change, not to release it.”