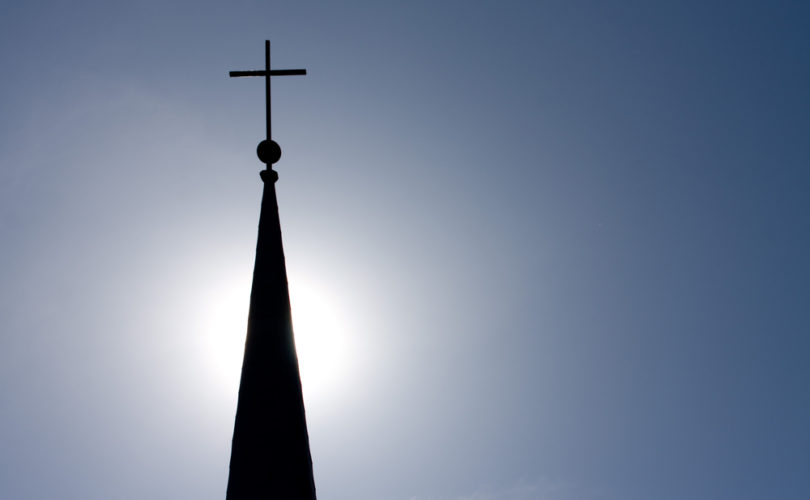 February 19, 2016 (BreakPoint) — You’ve probably heard of Title IX, the federal law signed by President Nixon in 1972 “that prohibits discrimination on the basis of sex in any federally funded education program or activity.” Title IX is probably best known for its effect on women’s athletics by mandating equitable treatment with men’s teams.

Of course, discrimination against women and girls on the basis of their sex is a bad thing, and so Title IX—though not a perfect piece of legislation—has done a lot of good. But the federal government has a habit of extending legislation beyond its intended reach, and that’s what is happening right now with Title IX.

The Department of Education, under pressure from LGBT groups such as the Human Rights Campaign and some legislators, has agreed to create a public, searchable database of Christian colleges and universities that obtained Title IX waivers based on claims of religious freedom.

These exemptions—which, for example, allow religious schools to provide male-only or female-only dorms—have been granted routinely since the law’s passage, but all that may be beginning to change. According to a report in WORLD magazine, the HRC has “accused Christian institutions of ‘hidden discrimination’ for obtaining Title IX waivers.”

Meanwhile, Sen. Ron Wyden and several other Democratic senators have asked the department to increase transparency around the waivers because, they charge, the waivers “allow for discrimination under the guise of religious liberty.”

To what are these senators referring and why is the nation’s largest LGBT group getting involved? Well back in 2014, the Department of Education quietly expanded its interpretation of the word “sex” to include “gender identity.” So, absent a religious exemption, schools that want to honor Christ in their teaching and lifestyle standards could be vulnerable to charges of Title IX discrimination if, for example, they tried to deny a male who “identifies as a female” from living in a women’s dorm, or participating on a female sports team, or using a woman’s public restroom.

Now perhaps I’m being suspicious, but it seems that a public, searchable database like this really has no real purpose other than to “out” those institutions that wish to stand for biblical values. The database would allow people who disagree with their Christian mission to target these colleges for harassment and possible legal challenge. With WORLD, I wonder whether this database is basically just “a hit list of Christian colleges.”

Efforts like this undermine our First Amendment rights to freedom of religion, association, and speech—much like we’ve seen in the ongoing efforts to punish and shut down Christian business owners who refuse to participate in so-called “same-sex” marriages. We’ve also seen this Administration attempt to force religious institutions, such as the Little Sisters of the Poor and Wheaton College, to provide health insurance in ways that violate their sincerely held religious beliefs.

The Council for Christian Colleges and Universities, and others, are speaking out. “Institutions that have received an exemption are simply following the law,” the CCCU told WORLD. “What is unfortunate in this recent development is not that the list of schools that received an exemption is being made public, rather that the exemptions are being portrayed as something nefarious.”

What’s really nefarious in my book is the attempt to intimidate religious schools for doing nothing other than living up to their own beliefs. As one critic has said, it’s shameful.

There is no question that our liberties are under intentional, systematic assault. The question is how the Church and those who value our freedoms will respond: will we defend them? And will we model Christ as we do?