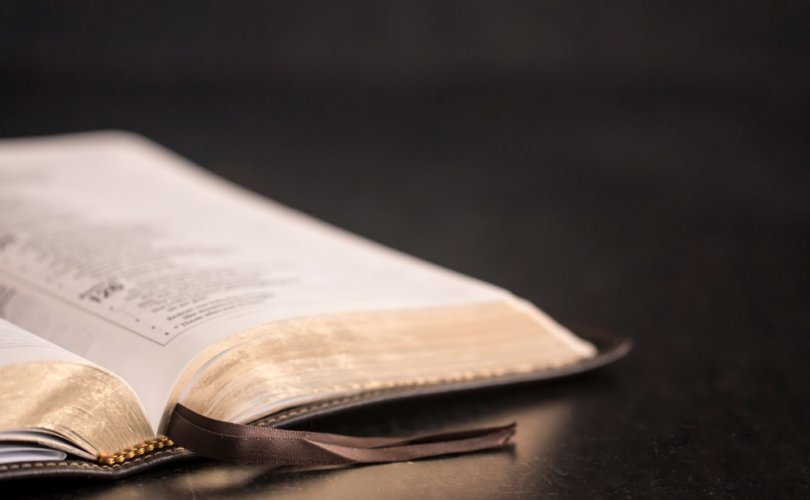 January 29, 2020 (American Thinker) — Writing about sexual morality in the mid-twentieth century, C.S. Lewis concluded that the world's “great relaxation and simplifying” of the rules of modesty, or standards of propriety, while not necessarily a bad thing, presents this “inconvenience.” He wrote: “People of different ages and different types do not all acknowledge the same standard, and [thus] we hardly know where we are.”

Lewis goes on to point out:

There is no getting away from it: the old Christian rule is, “Either marriage, with complete faithfulness to your partner, or else total abstinence.”

Now this is so difficult and so contrary to our instincts, that obviously either Christianity is wrong or our sexual instinct, as it now is [remember, “now” was the mid-twentieth century], has gone wrong. One or the other. Of course, being a Christian, I think it is the instinct which has gone wrong.

Lewis was — and is — right. Note that our sexual instinct has gone so wrong that Lewis's clear declaration of Christian sexual morality — published in one of the greatest works of modern apologetics, Mere Christianity — is now, in the early twenty-first century, somewhat insufficient. This is because the God-haters, and those otherwise devoted to a “theology of self,” have now perverted the oldest institution in the history of humanity: marriage.

In other words, we are today so far removed from the “same standard” when it comes to matters in the sexual realm that many in the world today have little to no idea “where we are” on marriage. If he were writing or speaking today, Lewis would need to clarify that, by “marriage,” he means the biblical definition of marriage. Tragically, this would be the case even if his audience were church-going Americans.

No other issue today has so divided Christendom than matters concerning homosexuality. Even the Roe v. Wade decision — which, in 1973, legalized abortion throughout all nine months of pregnancy — did not so quickly or so decidedly corrupt Christians, Christianity, and the church as has the evil LGBT agenda.

As recently as just over a decade ago — 2009 — U.S. states were 31 for 31 in their rejection of same-sex “marriage.” Whenever an electorate was given a choice, by an average rate of more than two to one — 67.5% to 32.5% — American voters said no to same-sex “marriage” and yes to marriage as defined in Scripture.

As I noted at the time, the rejection of gay “marriage” occurred not only in conservative states, but in some very liberal ones as well, such as Maine, California, Oregon, and Hawaii. Purple states such as Ohio, Colorado, and Nevada also soundly rejected gay “marriage.” Barely over a decade ago, across the U.S., from the Deep South to the Northeast to the Midwest to the West Coast, Americans united behind biblical marriage.

How did this happen? How was there such a vast reversal on homosexuality and marriage in such a short period of time? Several things were at work in order to get millions of Americans to abandon long held views on marriage: an organized and determined LGBT agenda; a vast and like-minded media; like-minded federal judges; the Democratic Party; and, most tragically, churches unwilling or unequipped to fight for the truth on these grave issues.

It is a common misperception that churches — and Christians in general — spend a lot of time talking about sex. Last year, Decision magazine — a publication of the Billy Graham Evangelistic Association — reported:

The Bible is very clear in its teaching about two of the most controversial issues we face today — homosexuality and abortion. According to researcher George Barna, 90 percent of pastors recognize that the Bible speaks to these issues. But fewer than 10 percent are actually teaching what the Bible says about them!

Given the rampant sexual sin in our culture — much of it leading to death (abortion, disease, and the like) — and the significance of marriage — the lifetime union of one man and one woman — one would think pastors, Sunday school teachers, church youth leaders, evangelists, Christian media, Christian politicians, Christian celebrities, Christian parents, and the like would give great time and effort to telling the truth on what are undoubtedly some of the most important moral issues of our time. Sadly, I believe that this has not been the case, and it's time for this to change.

Now, perhaps more than at any other moment in history, it's time for Christians to be explicitly — even graphically — clear that the only rightful place for sex is within marriage. This is especially the case when it comes to our young people. Christians must be explicit that marriage is only the lifelong union of one man and one woman (as revealed “in the beginning”!). Christians must be explicitly clear that any deviation from these truths — homosexuality, “shacking up,” fornication, pornography, etc. — is sin.

These truths must be loudly and plainly proclaimed in pulpits, classrooms, living rooms, board rooms, legislative houses, and the like. Decades of shying away from telling such truths is one of the biggest reasons why we are where we are on sexual matters in our culture. It's not just the media, the courts, corporations, and much of our government who have become agents of the enemy in this fight. Even the church itself has fallen to corruption as the result of sexual sin.

The Methodist Church sits on the verge of a massive split because so many Methodists are completely lost when it comes to sexual sin. Many other denominations and individual congregations have recently seen similar splits over sexual sin. As C.S. Lewis's fictional demon Screwtape taught us, this is what results when fewer and fewer Americans are willing “to contend with the explicit repentance of a definite, fully recognized, sin.”

When the church becomes so corrupted, there's no doubt that even further corruption awaits the culture. Not long after many so-called Christians embraced same-sex “marriage,” America soon descended even farther into the pit of sexual sin. Along with debating what is marriage, truth-loving Americans now have to debate and defend the truth on who is a male and who is a female!

As a result of the evil “transgender” agenda, in a matter of only a handful of years, we have seen males take trophies from females; men and boys invade women's and girl's bathrooms and locker rooms; people facing prison, fines, and job loss because of the supposed misuse of pronouns; government schools embracing “transgenderism”; government libraries hosting “Drag Queen Story Hour”; corporations promoting “transgender” lies; the demand for tampons in men's rooms; state taxpayers forced to pay for “transgender” surgeries (dozens of Democrat-led states now force this ignorant evil on taxpayers); and so on (for a comprehensive list of such evil, see here).

Again, where is the church on this grave matter? I'm sure that most Christians never imagined that they would have to defend the truth about something a child can be made to understand, but this is where the world is, and we must meet it there, with the truth. To my fellow believers, I say, properly equip yourselves, and get in this battle!

Trevor Grant Thomas: At the Intersection of Politics, Science, Faith, and Reason. Trevor is the author of the The Miracle and Magnificence of America.