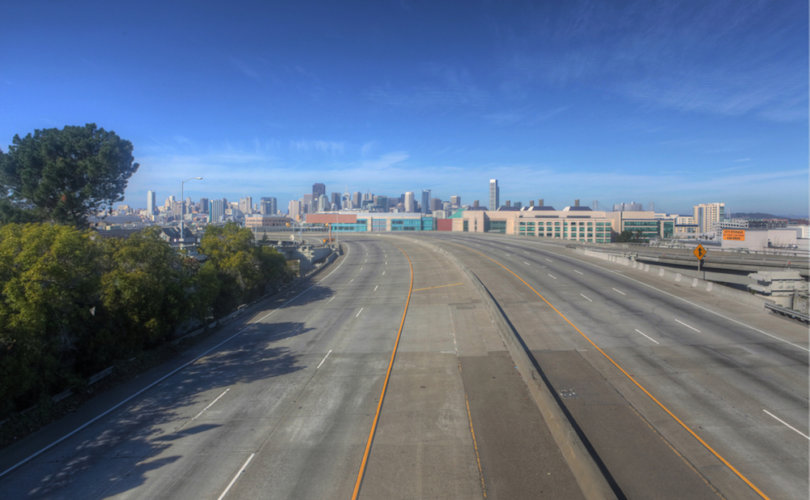 This will be the first time the PAV meets since Pope Francis inaugurated the Academy’s new statues in October 2016 and appointed a fresh slate of members. Meanwhile, in its second meeting of the year, the PAS once again will focus on the controversial subjects of population control and climate change: “Health of People, Health of Planet and Our Responsibility: Climate Change, Air Pollution and Health”.

As you may be aware, there is growing concern among pro-life and family leaders right now about a seeming lack of focus by the two Academies upon the most direct assaults against human life [and the family] by anti-life governments, academic institutions, the United Nations and its agencies, NGOs, and international corporations.

In other words, while there are numerous crucial issues affecting human life and the family that demand discussion – i.e. climate, pollution, governmental corruption, immigration, war, peace, health care, etc. – there can be no authentic progress on any of these issues until we recognize the need to protect the right to life of every human life, born and unborn. All other issues hinge upon this fundamental and inarguable truth. And clearly this must be the unwavering starting point for any discussion within the Church.

Saint [Mother] Teresa of Calcutta, who exposed the heinous attack on the dignity of all human persons, especially the marginalized, poor, sick, vulnerable, and abandoned, fully understood the consequences when Life is treated with indifference:

We must not be surprised when we hear of murders, of killings, of wars, of hatred. If a mother can kill her own child, what is left but for us to kill each other.

But as we confront the death peddlers and their “religious” campaign against Life and Family, some Catholics and pro-life activists are anxious over the apparent lack of leadership from some members within the Church to stand in the breach and uphold Church teaching on Life and Family, without compromise. This is certainly true regarding the PAS’s approach to addressing population questions, which has seen the PAS recently invite notorious population controllers like Steve Ehrlich to address PAS conferences, largely without any authentic Catholic voice to counteract their claims and agenda.

We often hear from population doomsayers that “the population of the world is doubling every 35 years” and “we have 90 million new mouths to feed every year.” In reality, the rate of world population increase has been declining steeply since 1970, when it was 2.05 percent per year, to the current rate of 1.09 percent per year.

According to the United Nations Population Information Network, if current population rates hold steady the population of the world will stop growing between 2050 and 2075. At that point, the world population will begin to rapidly decline. For the doomsayers, this is welcome news; yet, we are already seeing the negative consequences of a declining population. Look at Europe where the continent is actually losing more than one million people per year, and will lose nearly half of its population by the year 2100.

What will be the consequences and ramifications of this demographic winter? The political and economic situation in Greece offers frightening insight.

Overpopulation doomsayers and death peddlers love to point toward larger overpopulated urban centers like Manila, Mexico City, New Delhi, and Nairobi, but never expose the real reason for such migration of peoples.

They would have us – the Church – believe and accept as doctrine that overpopulation is humanity’s greatest plague. Don’t be duped. It is not overpopulation that threatens humanity, but something with a more sinister origin – population maldistribution. This maldistribution has been facilitated by political and governmental corruption, misguided national and international policies, lack of authentic economic and social development, and armed conflicts – in other words, sin. This has caused millions to flee from their homes and countries, seeking places where they can find safety and provide for their families.

Consider, for example, the large migrant populations of Macau, Taiwan, and Dubai. What draws tens of thousands of Africans, Indians, and Filipinos to these areas? It is the need for work and basic necessities. Because of lack of development and corruption in their own nations, many are forced to leave their homes and families in search of opportunity – merely to survive.

This migration of peoples has also negatively affected the family. Among these peoples we have seen a steady growth in infidelity, divorce, promiscuity (fornication), abortion, and pornography addiction caused by long-term separation from their support structures and families. Yet, very few are talking about this deadly reality – even within the Church.

The agenda of population controllers and their solution to humanity’s struggles is to provide greater access to contraception and abortion – especially with the goal of diminishing growing populations in the developing world. However, their agendas and methods do not resolve corruption, poverty, or maldistribution. They do nothing to further the goals and potential of a nation or its peoples – they merely make larger poor families smaller poor families.

Since 1996 the United States and other developed nations have spent over $65 billion on anti-life programs in Africa – $150 billion in countries around the world – with little to show for it except paternalism, exploitation, and violation of peoples and cultures.

The real task at hand is to help developing countries to invest in their own nation and people and to foster laws, policies, and culture that value the dignity of every person, protect private property and entrepreneurship, and prioritize educational opportunities.

A person who is deprived of something he can call “his own”, and of the possibility of earning a living through his own initiative, comes to depend on the social machine and on those who control it. This makes it much more difficult for him to recognize his dignity as a person, and hinders progress towards the building up of an authentic human community. – Saint Pope John Paul II, Centesimus Annus, ¶ 13

Of course, in our anti-life culture [Culture of Death] anyone holding this unwavering position about the dignity of human life and duty to defend it is immediately labeled as radical, close-minded, and rigid – marginalized from any legitimate conversation and debate.

But my hope is that the two Vatican agencies mentioned at the beginning of this article will give a heroic, counter-cultural witness to truth about Life and Family. This is the Church’s duty: to uphold truth, point out injustice, and defend the vulnerable. She must denounce all violence against human dignity, beginning with the assault on the unborn.

May these agencies, who have the power to make a difference in this debate, begin with this fundamental principle: every human person is made in God’s image, is called to share in His creative effort to transform the world, and is destined for eternal life with Him.

There can be no authentic development of peoples, nations, and cultures as long as Life and Family are threatened.