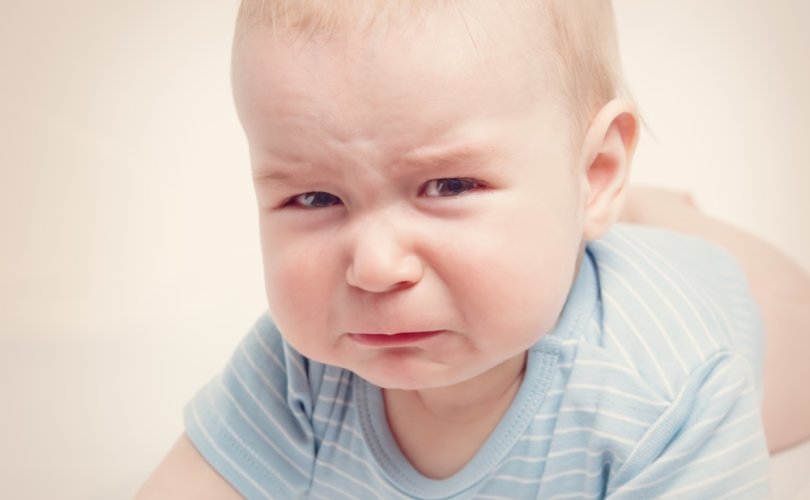 February 12, 2018 (Population Research Institute) – The New York Times, that purveyor of “fake news,” has come up with yet another reason that everyone should stop having children: Global Warming.

In a February 5th article entitled “No Children Because of Climate Change?” Times writer Maggie Astor interviews a dozen women who have decided not to bring children into a world they wrongly believe is on the verge of environmental collapse.

Women like Allison Guy, who explained, “I don’t want to give birth to a kid wondering if it’s going to live in some kind of ‘Mad Max’ dystopia.”

“Mad Max,” of course is the classic Mel Gibson movie about a world teetering on the brink of societal anarchy.

It was Guy’s angst over Global Warming that drove her to use birth control in the first place. “If it weren’t for climate change,” the Times explains, “she would go off birth control tomorrow. ‘But scientists’ projections, if rapid action isn’t taken, are not ‘congruent with a stable society,’ said Ms. Guy, 32, who works at a marine conservation nonprofit in Washington.”

Now I can list a number of countries where rational women might want to delay having children.

Those who live in socialist “paradises” like Venezuela and Zimbabwe, for example, where people are starving to death because of government mismanagement of the economy, might reasonably take a pause from procreation.

Muslim countries like Afghanistan or Syria, which are in the grip of brutal, sectarian civil wars, probably do not seem particularly family friendly to their inhabitants at the moment either.

Then there is China where, because of the lack of environmental controls by corrupt officials, the air in major cities is often barely breathable.

The Times article recounts how another woman, Cate Mumford, was so horrified by the pollution in China that it soured her on having children of her own. “I’m so glad I’m not going to bring a brand-new baby into this world to suffer like these kids suffer,” she told the Times.

Of course, unless for some strange reason she suddenly decides to emigrate to China, she won’t have to watch her children choke on smog.

But for young American women like Misses Guy and Mumford, who are living in the most stable, prosperous, and environmentally conscious democracy the world has ever seen, to decide that “Global Warming” means going barren is bizarre.

Yet such is the corrosive effect of climate change propaganda on the minds of otherwise sensible people.

So we find College Freshman Elizabeth Bogard telling the Times that, while she would like to be a parent, “it’s hard for me to justify my wants over what matters and what’s important for everyone.”

She reminds me of the Mills University valedictorian of 1969, who declared, “Our days as a race on this planet are numbered . . . I am terribly saddened by the fact that the most humane things for me to do is to have no children at all.”

This young woman, who was heavily influenced by Paul Ehrlich’s The Population Bomb, entitled her address, “The Future is a Cruel Hoax.”

But the only hoax in question was Ehrlich’s myth of Overpopulation, itself the precursor of the current myth of man-made Global Warming.

It is a safe bet that the disappointed Miss Bogard above has spent a lot of time in school agonizing over pictures of cuddly polar bear cubs facing extinction, deserts on the march in North Africa, and beautiful atolls being submerged by rising ocean waters.

None of which is actually happening. In the real world—unlike the imaginary world of environmental apocalypse—polar bear populations are robust, any warming that occurs will bring more rain to the Sahel, and low lying island chains, like the Maldives, are doing just fine, thank you.

Fears about a future apocalypse are not confined to American progressives, of course. The Times article also quotes a woman living in Cairo to the effect that she will probably decide to never have any children.

“I know that humans are hard-wired to procreate,” Maram Kaff says, speaking as if her own species was some kind of alien invasion, “but my instinct now is to shield my children from the horrors of the future by not bringing them to the world.’”

Read that sentence again: This women proposes to protect “her children” from “the horrors of the future” by preventing them from being born. How, one asks? By aborting them? By contracepting them out of existence altogether?

She might as well have said that she would strangle them in their cradles.

Such is the kind of anti-people, anti-baby madness that is being produced by the climate change alarmism.

Environmental radicals in the U.S., Europe, and at the U.N. have even been known to refer to babies as “carbon emitters.” This is surely one of the least charming ways to refer to newborns ever invented.

It is deeply dehumanizing.

And that which the radical, abortion-minded environmental movement wants to destroy, it first dehumanizes.