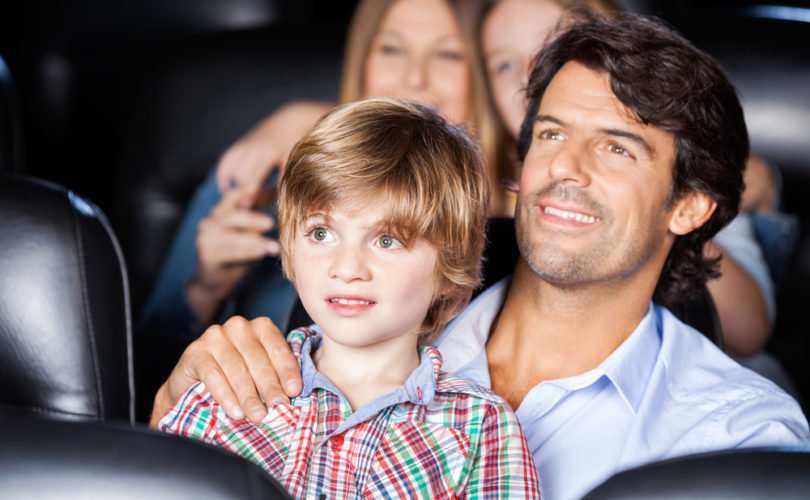 A soon-to-be-released film, “Little Boy”, depicts a true father-son relationship against the backdrop of small town America during World War II. The boy, who is often picked on for his size, says that his father is his best friend, his companion as he matures and finds his way in the world.

But, as the pope has mentioned numerous times, fathers aren’t always present to their children. Whether by choice or circumstance, so many children are left without a parent. When the War starts, “Little Boy’s” father joins up and he is left without this essential presence in his life. The boy misses his guidance, that constant presence that his father provided.

While the film explores a number of themes, including the corporal works of mercy, what faith in God accomplishes, and unfair discrimination, what was truly striking to me as a parent was that despite his dad’s absence, Little Boy still experienced a number of parental relationships.

There is the parish priest, who creatively tries to answer Little Boy’s insistent questions about the power of faith by challenging him to carry out the corporal works of mercy. There is the Japanese man, shunned by the rest of the town, who offers him some life lessons and unexpected friendship. And, ultimately, there is God the Father who shows Little Boy in some rather unusual ways that He is looking out for his son.

The relationship between Little Boy and his earthly father is a tear-jerker and the father’s fate unpredictable. It’s impossible not to feel for Little Boy as he struggles through growing pains, his father’s absence and lack of attention from his older brother. Yet, we see that we are not the only ones cheering for Little Boy. He has a team of father figures supporting him throughout the journey of childhood on the homefront during a horrific war.

It’s refreshing to see a film build up fathers and the unique place they hold in their children’s lives. As moms, Little Boy is a poignant reminder of the treasure of a strong parental influence in a child’s life, leading them to a faith that can—as literally seen in the film—move mountains.