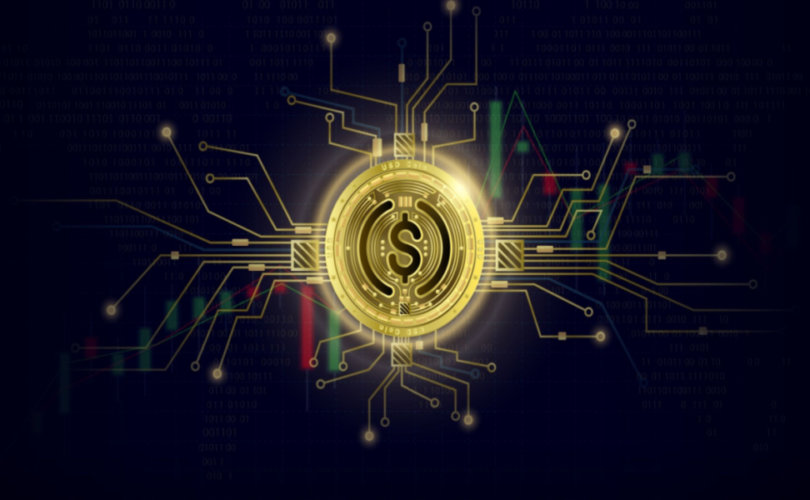 (WND News Center) – Some of America’s smartest men, including Robert Kiyosaki, investment guru and author of the personal finance book “Rich Dad, Poor Dad,” have some choice words for President Joe Biden’s executive order 14067. It would behoove you to listen to them.

Kiyosaki called Biden’s signed executive order “the most treasonous act in U.S. history” and the creation of Central Bank Digital Currencies, or CBDC, as “communism in its purest form,” encouraging Americans to “stay awake.”

He is joined by Jim Rickards, another economist, investor, and former Central Intelligence Agency (CIA) official who is calling it a step toward the end of cash, the greenback, in circulation since the Founding Fathers. The new “digital tokens” can be “turned off” if the government doesn’t like what you are doing.

Rickards, who has four decades of experience on Wall Street, criticized CBDC and labeled it as “Bitcoin’s Evil Cousin.” He also exposed the supposed singular event called C-Day which, according to him, will take place on December 13, 2022, and will disrupt the traditional financial systems in the U.S.

He said when what he calls “C-Day” happens, paper money would be worthless and the U.S. dollar would crash. He further added that consumer spending and access to basic needs would also be restricted, and people holding too much money would be penalized.

Executive order 14067, titled “Ensuring Responsible Development of Digital Assets,” includes developing policy plans and the organization of federal regulators. “Any future dollar payment system should be designed in a way that is consistent with United States priorities … and democratic values, including privacy protections, and that ensures the global financial system has appropriate transparency, connectivity, and platform and architecture interoperability or transferability, as appropriate.”

The International Monetary Fund (IMF) said in a blog released last month that CBDCs can be a more effective solution compared to credit and debit cards, particularly in terms of energy efficiency.

“Depending on the specific details of how they are configured, CBDCs and some kinds of crypto assets can be more energy-efficient than much of the current payment landscape, including credit and debit cards,” the blog read.

Notes Rickards: “Thanks to Section 4 of Biden’s Executive Order 14067, calling for urgent research into developing the digital dollar, I believe the U.S. dollar, the standard of the world since 1792 … will be replaced by a new currency, the digital dollar.”

“I call the digital dollar ‘Biden Bucks’ because I want him to take full credit for what I consider to be crimes,” says Rickards. “This is not like the money in your online bank account … No, this is new and different. Every digital dollar will be a programmable token, like Bitcoin or other cryptocurrencies. But there’s a big difference … Cryptocurrencies are decentralized digital currencies. Instead, if it plays out the way I see it … Biden Bucks will have the full backing of the U.S. Federal Reserve. They will replace the cash (or fiat) dollar we have now. And will soon be the sole, mandatory currency of the United States.”

Kiyosaki agrees. But in this climate of fear Biden is creating – over the possibility of Donald Trump making a comeback – he has the Fed in his corner.

“When Biden Bucks are rolled out, many experts – myself included – believe they will begin an era of total government control and surveillance,” Rickards stated. “This is not hyperbole. This would dramatically expand the power and influence of the federal government … essentially acting as a new type of ‘spyware.’”

“With Biden Bucks,” he continued, “the government will be able to force you to comply with its agenda. Because if you don’t, they could turn off your money. This won’t be like freezing a bank account, it will be so much easier.”

Just think what this will mean if Biden gets his way – or whoever is behind this plot.

You want to keep your internal combustion engine car? Your digital dollars suddenly won’t pay for gas. You’ll be forced to buy an electric vehicle.

Rickards calls it “the tip of the fascist iceberg.”

“America would become a surveillance state like China or North Korea,” he says.