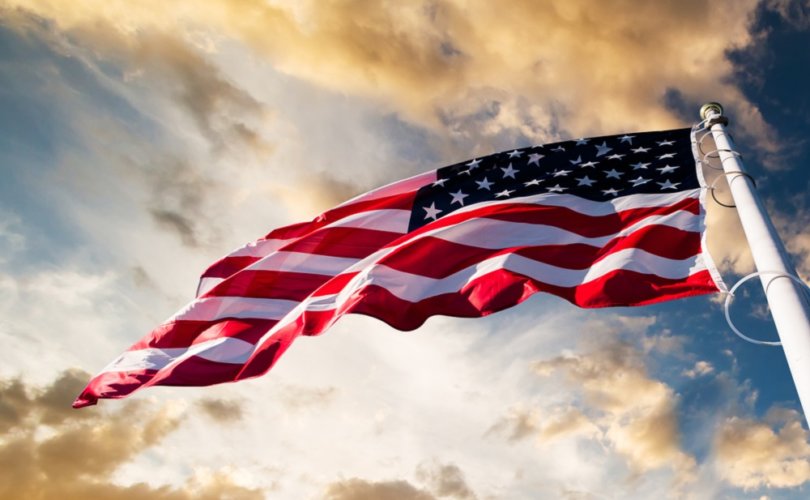 March 16, 2020 (American Thinker) — The coronavirus is a threat that the U.S. — and the entire world — is facing at the moment. This problem is much broader than a public health issue; from our perspective, it is above all a political, social, and economic issue that demands resolute action. From an overall perspective, I do believe that President Trump has dealt well with this unfortunate event, which the Chinese Communist Party offered to all of us.

The most relevant aspect to stress is that President Trump decided according to the mandate he received from the American people — first and foremost, all the measures to be taken aim to protect the people. American safety first. Secondly, President Trump announced some protective measures to tackle the economic side-effects provoked by the COVID-19 outbreak, which includes some tax measures to internalize the negative externalities the virus has caused in American people’s lives. Some might argue that these measures are not philosophically ideal or what we would select as our best option — however, under such circumstances, there are no best solutions. We are limited to determining the possible least worst solution on the table.

Therefore, regardless of our political standing and core beliefs, the calibration of tax mechanisms to help American families getting through this rough challenge is a positive and bold step forward made by the Trump administration to fulfill the goal of American well-being. The important thing here is, from our perspective, to make sure that this exceptional moment is not used as a justification to revive — or even expedite — old formulas of big government at the expenses of individual liberties. Taking into account President Trump’s record on fighting red tape, useless bureaucracy, and coercive power structures, there is plenty of evidence to make the American people comfortable enough knowing that the destruction of the Chinese Communist Party virus will not mean a resurrection of a communist-like (viral) administrative state.

Having said that, everyone should be aware of the substantial changes that must be adopted in social life (in a broad sense) in the next weeks and months, following the health authorities’ always wise advice. However, this does not mean at all a major or complete transformation of who we are, and it definitely does not mean a capitulation of freedom and democracy to this epidemic. I cannot stress enough that there are many dimensions of this virus yet to be fully investigated and proficiently explained to American citizens and to the entire world, especially concerning the facts behind the outbreak of this new coronavirus and its political-international dimensions.

Let me be crystal-clear on this point: we must know the truth, and only the truth, about the Chinese authorities’ inertia in reacting to the first manifestations of the virus, as well as the motivations behind the Chinese Communist Party authorities (there is absolutely no difference between Chinese state and the Chinese Communist Party) in propagating deliberate misinformation and overt lies. What is the Chinese endgame here? Why did the Chinese refuse to host American scientists, medical doctors, and health experts to assess the virus at an early stage? Why did they decide, at first, not to cooperate with the World Health Organization? These are the kinds of questions that law enforcement and military agencies should ask (and efficiently investigate).

Even today, the Chinese communists are alleging that the USA created the virus as a biological weapon. This is a very strange allegation, but not unfamiliar or even unpredictable (it is a spin exercise by the Chinese). I highly recommend that you read the book Unrestricted Warfare, written by Colonels Qiao Liang and Wang Xiangsui, which shows President Xi’s strategy to destroy America — or, more accurately put, how the ruling class of the Chinese Communist Party redefined its military and diplomatic strategy in a globalized world in order to replace the United States as the international superpower. This concept of “unrestricted warfare” involves supranational elements, and it has totally to do with the combination of biological; economic; and, especially, information-based warfare tools — much more so than the traditional, conventional type of war strategy. At first glance, the so-called coronavirus appears to fit into this strategy of unrestricted warfare adopted by the Chinese Communist Party. The burden of proof to the contrary rests on the Chinese Communist Party’s ruling class shoulders. Explanations by the Chinese communists must be given to all of us.

Most important now is to appeal to the resilience of the American democracy and system of liberties. As opposed to what some have been claiming, the American electoral process must go on as normally as possible. Democracy does not capitulate to any threat, let alone to a virus that the Chinese communists could have avoided if they had been willing to do so. The ongoing primaries both in the Democrat party and in the GOP (with President Trump getting astonishingly high scores for an undisputed election!) cannot be stopped, for the sake of the sanctity of the American constitutional system of republican government. Otherwise, all the tyrants and enemies of freedom around the world will learn how to disrupt American democratic devices and mechanisms. This would be real collusion aimed directly at the heart of the government by “We, the People.”

Do not ever forget that authoritarian regimes — like that of China — want democratic states to doubt themselves, to make us have second thoughts on the value of democratic self-government. They want to persuade everyone that a centralized totalitarian regime with a brutal coercive command structure is far better than democracy and individual self-determination. Let’s not play their game — democracy and individual liberties are not up for debate. American democracy — due to the resilience, the ingenuity, and the bravery of American people — is immune to any virus. Chinese, Russian, Iranian, you name it — viruses will always stop at nothing in their efforts to undermine the government by the people.

Liberty is always better than coercive authoritarian governments. And for those who says China handled this coronavirus crisis very well because they have a lot of command and discipline, please don’t try to fool us. That is a shamefully fallacy. The reality is that if China were not a deceitful and lying regime, the virus would have never had such terrible impact, and thousands of lives would have been saved. So China is not an example because it succeeded in containing the virus; rather, China is a failure because its regime originated — intentional or unintentionally — the virus. Communist regimes do not give any lessons to free and democratic societies.

In short: American democracy must not be put into quarantine. That would be the ultimate victory for Chinese communist tyrants and their proxies. The campaign and election days must be protected at all cost.

Please be safe and always proud of American republican democracy. Take care, God bless you, follow the health authorities’ instructions, be free and brave — in one word: be American! I am positive that this coronavirus will be remembered in the future as nothing more than the coronation of the unmatchable and undefeatable resilience of the American people!

This article first appeared at the American Thinker. It is published here with permission from the author.