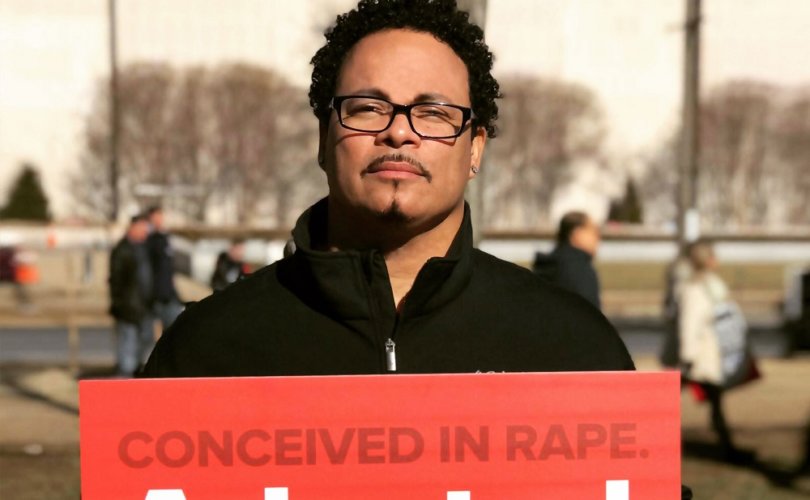 May 20, 2019 (Radiance Foundation) — Iowa. Kentucky. Mississippi. Ohio. Georgia. Alabama. What do these states have in common? Courage and compassion. They've passed Heartbeat bills (Missouri and Louisiana are on their way), banning the brutal act of abortion once a heartbeat can be detected in unborn children.

I love how mainstream media is trying to spin this as a male versus female political fight (well, at least they're admitting that there are only two genders). They ignore all the prolife women in this fight — the ones who run the majority of prolife organizations and the ones fighting in state and federal legislatures who reject the violence of abortion.

All across the Twittersphere, pro-abortion activists are tweeting in ALL CAPS: NO UTERUS, NO SAY!!! Funny. Didn't seven white men in black robes deliver the violence of Roe v. Wade and Doe v. Bolton in the first place? Guess that's an acceptable form of “patriarchy.”

CBS News laments: “Alabama just criminalized abortions — and every single yes vote cast by a white man.” Gasp! Didn't know it was a crime to be a white male politician.

Didn't all white men (91% of Republican white men and a smaller 60% of Democrat white men) make women's right to vote, the 19th Amendment, a reality?

Didn't all white male Republicans vote to abolish the injustice of slavery?

And then there's the horrific tragedy of rape, which the Left is relentlessly exploiting. Never mind they ignore it when Planned Parenthood fails to report the rape of underage victims. Those rape situations don't bother them. No. Only when they realize how potent it is to use the 1% to justify 100% of abortions.

I am that 1 percent.

My biological mother was raped, yet she rejected the violence of abortion. I was adopted and loved instead. I'm not the “residue of the rapist”, as Senator Vivian Davis Figures described those like me who were conceived in rape. I couldn't control the circumstances of my conception. Could you, Senator?

My birthmom needed an active Healer in her life, not an activist huckster.

As an adoptee who grew up wanted and loved in a multiracial family of fifteen and as a happily married adoptive father with four children, I'm here to say there's another side of this painful issue. There are others like me who were conceived in the violence of rape, like my friend Rebecca Kiessling, an attorney and passionate defender of life. There's the former Miss Pennsylvania, Valerie Gatto, Trayvon Clifton, Monica Kelsey, Jim Sable, Pam Stenzel, and many more whose stories offer a different perspective than mainstream media's myopic pro-abortion view. There are women who became mothers from rape who courageously chose life, like Jennifer Christie, Liz Carl, and Rebekah Berg.

I mean, who really are the extremists here? Those who think that every human being has the right to life? Or people who celebrate the needless slaughter of one million innocent humans each year in America? People who boast about having their abortions like Gloria Steinem sporting an “I had an abortion” shirt? People like fake feminist Jill Filipovic who suggest severing part of a man's penis every time he impregnates someone? People like Cecile Richards who compare protesting abortion to protesting a colonoscopy, because an unborn child is not at all different from feces?

When it comes to rape and abortion, how do you heal violence with more violence?

Let's be real here. Even if Alabama's Human Life Protection Act had a rape and incest exception, the confused Handmaid's Tale cosplayers would still be out in full force. Fake feminists need to exploit tragedy to promote their false equality. And they never seem to find space in their screeds to talk about punishing the actual criminal — the rapist.

Remember when the bipartisan Partial Birth Abortion Ban Act was signed by President George W. Bush? Every abortion group, including the NAACP, descended upon DC in 2004 in a massive protest, called the “March for Women's Lives.” How dare you prevent a child from being partially birthed in order to have her tiny skull crushed and body parts severed to remove that separate human being from her mother's body?!

Dr. Leana Wen, the historically-challenged President of Planned Parenthood, declared on Twitter: “I can't believe I have to say this — but there is no such thing as infanticide in medical care. There is no such thing as abortion up until birth.” Clearly she didn't get the memo about the Planned Parenthood-led “March for Women's Lives” demonstration 15 years ago when pro-abortion activists went all apoplectic after mostly Republicans and some Democrats voted to stop the brutal practice of partial birth infanticide.

According to the New York Times, Ron Fitzsimmons, the executive director of the National Coalition of Abortion Providers, admitted that the barbaric intact dilation and evacuation procedure (aka “partial birth abortion”) was “common.”

And then there was Virginia Governor Ralph Northam calmly explaining how infanticide is practiced. Let's not forget Gosnell, who happened to be committing infanticide for years in Philly — delivering babies alive and then snipping their spinal cords to kill them. He was finally convicted of murder and jailed.

New York's recently passed Reproductive Health Act reiterated that abortion up until birth, for any “health” reason (physical, emotional, psychological, familial, and the woman's age as declared in Doe versus Bolton), is legal as long as the abortionist vouches for it. How convenient.

Vermont just passed H57 which eliminates all abortion restrictions, allowing abortion up until birth. The legislation also decriminalizes self-induced (aka “back alley”) abortions.

Fake feminism is the extremism. It sees compassion in an act of violence. It sees strength when someone succumbs to despair. It sees (selfish) autonomy where God designed selfless dependency.

I am the one percent that is always demonized and exploited. But I'm part of a far larger collective of courageous and compassionate advocates for Life who believe in the radical notion that we all have equal and irrevocable worth regardless of how our lives began.