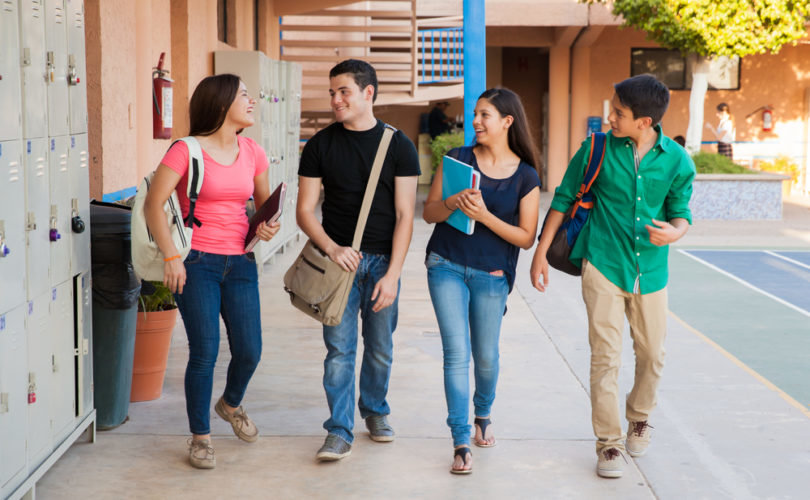 March 28, 2018 (LifeSiteNews.com) – As a former teen activist, I’m glad to see young people standing for a cause. I appreciate their conviction and zeal and energy. And I’m thrilled when young people truly believe they can change the world. To this moment, at age 63, I live with that hope and reality every day. Let the status quo be challenged where it needs to be challenged. Count me in on that.

At the same time, I’m thrilled that I was not given a platform to speak to the nation during my teen activist years. Practical wisdom doesn’t come overnight. That’s why parents raise children rather than children raising parents. That’s why you cannot drink alcohol or drive or vote or marry before you reach a certain age. That’s why the president of the United States must be at least 35 years old.

Without a doubt, young people, even in their teens, can make a great impact. How old were computer geniuses like Bill Gates and Steve Jobs when they started to ply their craft? How much internet technology has been created by very young adults? And when it comes to protest movements, like the antiwar movement in the days of the Vietnam War, how much of that was driven by youth?

When our daughters got into their teen years, they didn’t like the house rules and often told Nancy and me that things should be different. We were too strict. Our standards were too high.

One day, I gave them as assignment. They were to make up a list of everything my wife and I were doing wrong and then write out what the rules should be. Then I asked them to hold on to that list until they were married and had their own children.

Today, they have children ranging in age from 17 to 11, and together, we have had a good laugh about their old list – which included no house rules, no curfews, and no requirements.

In the spring of 1971, during my heavy drug rebellion days, I helped lead a protest in my high school. After all, campus protests were the “in” thing at that time, including taking buildings hostage. (Think Columbia University in New York.)

We felt that our school was becoming oppressive, with too many rules being put on the student body, so we called for a protest one day.

To my surprise, out of 1,200 students in the school, about 600 showed up. But the moment the bell rang to start classes, most of them began to disperse, and the assistant principal, who knew the trouble-makers, started to round them up in his office.

Almost instantly, there were over 100 of us wanting to air our grievances. So the school opened up the main auditorium, where, one after another, we told the administrators what was wrong with their system.

To make a long story short, the school ended up going along with our demands, which were quite radical. That next fall (in 1971), S.A.F.E. school was launched. The acronym stood for Student and Faculty Education, since this would be a learning experience for all involved.

We had between 60 and 70 students and four rooms for ourselves. We painted the windows with graffiti, while the rest of the school’s windows were clean. We got out of school at noon. Everyone else stayed until 3:00 P.M.

And not only did we address the teachers on a first-name basis, but we had no required classes. Literally. We could request a passing grade and not show up once in the semester, and we would be passed. Because of this, the only formal grade I received the last two years of high school was in Band and Orchestra, which was held in the main part of the school.

It wasn’t long before the program was disbanded – for good reason – but 25 years later, at a high school reunion, I talked to a number of former S.A.F.E. students. Most told me it destroyed their careers academically. I was one of the exceptions, going on to earn advanced degrees without a problem. But we thought we were so wise when we started S.A.F.E.

Ironically, even if there were valid issues with the traditional educational model, we didn’t have the wisdom to fix the problems we observed. Our solutions were utterly impractical.

I see that same know-it-all foolishness in quotes like this, from David Hogg, one of the student leaders of the anti-gun protests. He said, “It's like when your old-a‑‑‑ parents are like, ‘I don't know how to send an iMessage,’ and you're just like, ‘Give me the f‑‑‑‑‑‑ phone’ and you take it and you're like, ‘OK, let me handle it,’ and you get it done in one second. Sadly, that's what we have to do with our government because our parents don't know how to use a f‑‑‑‑‑‑ democracy, so we have to.’”

So, because kids know how to use smartphones and social media better than their parents, that’s proof positive that they also know better how to run the country.

It’s foolish drivel like this that reminds us of the immaturity that often accompanies youth. And it reminds us that, while young people do have something important to say and while old people can easily compromise and sell out, we do best when mature leaders lead the way.

To let teenagers dictate how the nation should be run is as dangerous as letting teenage pilots take over all planes and having teenagers running air traffic control. You will be in for a whole lot of serious crashes.