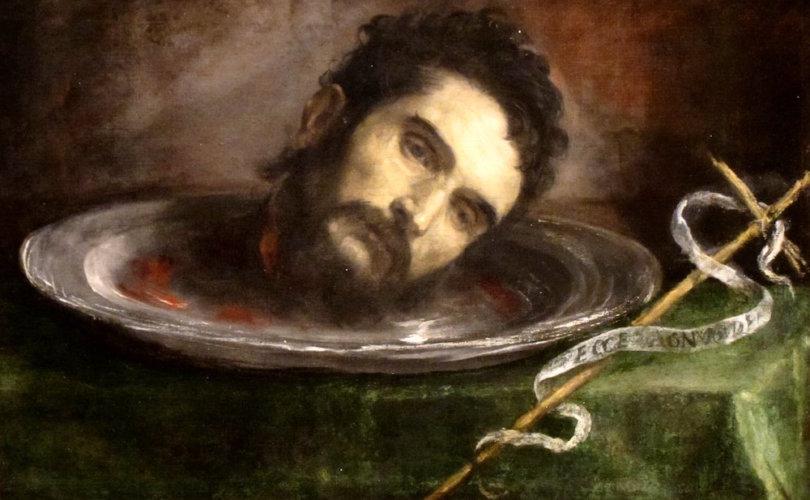 March 15, 2017 (LifeSiteNews) — We are living at a morally turbulent time when it seems that an unprecedented number of religious leaders are justifying heterodox ideas on the basis of individual “conscience.” For devout Catholics, the repository of the faith has been built up over 2,000 years and includes the magisterial teachings of the Fathers and Doctors of the Church. These timeless teachings are largely based on Holy Scripture, as well as various Church Councils, and have been passed on by many who are now considered saints in heaven. The faithful Catholic finds solace in the fact that matters of faith and morals do not change over time because the Truth does not change, nor does human nature.

A rejection of the Truth is a rejection of Christ Himself, who said that “I am the Way, the Truth, and the Life.” That is why it is so very disturbing to hear Catholic clergy members of various rank make public pronouncements that seem to elevate private conscience over Truth. A conscience that denies the Truth leads one not to Christ but to sin, which further leads to the death of the body and the loss of the immortal soul. That is why the issue of whether one can dissent from established Church teaching, for the sake of conscience, is of preeminent importance to the serious Catholic. Both Henry VIII and Sir Thomas More claimed to have followed their consciences, with respect to the issue concerning the validity of the King's marriage, but only one of them was right and we consider him a heroic “martyr and saint.” The other was wrong and we consider him a “cruel tyrant.” Claiming that one is following their “conscience” on any issue, in defiance of Church doctrine, is never a legitimate excuse for sinful conduct.

Of course, this begs the question as to what is the established Church doctrine that faithful Catholics are required to follow. The right answer can usually be found in the Catholic Catechism, which well encapsulates the magisterial teachings of the Church. The liberal and progressive Catholics, including misguided clergy, frequently confuse prudential matters with doctrinal ones. This is sometimes done out of ignorance, but often done intentionally to pursue a liberal political agenda. Examples include contemporary discussions on issues concerning poverty, healthcare, economics, immigration and the environment. Setting aside the fact that conservatives donate more of their own money to charity than liberals, the Catholic Church, as an institution, has long been the largest charitable organization in the world. Yet, as Jesus recognized, the poor will always be with us. Thus, the question is not whether we are our brother's keeper, but how best to deal with issues such as poverty and “wealth redistribution.”

The socialist activists and Alinsky-style disrupters would prefer the historically unAmerican approach of taking money and property away from one group of people that earned it, and giving it to another group that did not. It apparently means nothing to them that communism failed dramatically in the former Soviet Union. Nor does it seem to faze them that communist and socialist regimes, including Cuba, China, and the former Obama administration, have consistently and notoriously been anti-religious. Moreover, it is remarkable that these clerical liberals are oblivious to the obvious and indisputable fact that reasonable people can and do differ on such prudential issues as how best to address healthcare, the minimum wage, immigration, and environmental policies. Yet, they generally shy away from culture-defining issues that cannot be reasonably disputed like abortion and same-sex “marriage”—doctrinal issues that have always been considered “intrinsically evil” and must be vigorously opposed by every faithful Catholic of well-formed conscience.

Many people lay and religious alike remain silent on controversial issues concerning sexual morality and the sanctity of marriage out of cowardice. This was the case with almost all of the Bishops of England at the time of Henry VIII. The sole exception was Saint Bishop John Fisher who, like Saint John the Baptist, gave his life in defense of the sanctity of marriage. Others remain silent out of a fear of offending anyone and a false sense of compassion. This was never the case, however, with our Lord and Savior, who was certainly not afraid to point out to the Samaritan woman at the well that the man she was living with was not her husband. Jesus also admonished the adulteress woman, which He saved from public stoning, to go and sin no more.

Of course, we should welcome everyone into the Church, including unmarried cohabiting couples and homosexuals, as we are all sinners. But we must pray that our Church leaders have enough courage and true compassion to tell them that they should stop sinning, and repent, lest they risk dying in a state of separation from God's saving grace. As western civilization continues its slide toward cultural collapse, those liberal clergy who have chosen to instead elevate their progressive politics over Church doctrine will have to answer for it to our Lord. Are they not the “blind guides” that Jesus warned would lead their blind followers “into the pit?” Tragically, many of those who have been misled will die in a state of sin and confront the source of all Truth with an ill-formed conscience and eternal regret. Therefore, the task falls on all faithful Catholics, lay and religious alike, to continue to give witness to the fullness of the Truth — with clarity, conviction, and courage. In doing so, we can still hope to save ourselves, many of our fellow sinners, and perhaps even our fallen culture.

Charles S. LiMandri is the president and chief counsel of the Freedom of Conscience Defense Fund, a national nonprofit law firm that specializes in religious liberty cases particularly at the trial court level. Mr. LiMandri is double board certified and is licensed to practice in California, New York, Washington, D.C., and before the United States Supreme Court. The FCDF website is www.consciencedefense.org