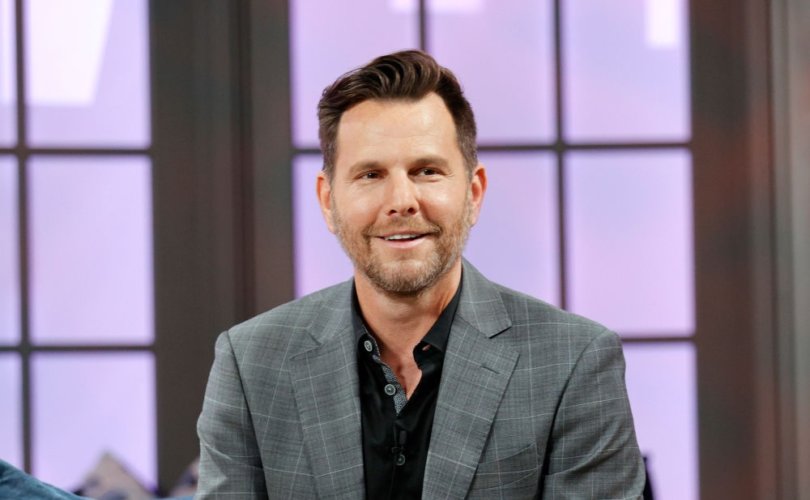 (LifeSiteNews) —A question for fellow conservatives: What exactly do we stand for?

The left’s recent wave of culture war victories seems to have not only discouraged our commentators from talking about homosexuality, but also softened their conviction that it’s a grave offense against God and nature.

Progressives know that a neighbor’s “gay marriage,” Hollywood portrayals of same-sex romance, and adoption celebrations for same-sex couples, do in fact impact conservatives and society writ large. Their activism emphasizes the social sphere because, like conservatives, they’re realistic about the impact of social signals and role models in communities.

That’s why it matters when movement figures like PragerU or TheBlaze congratulate Dave Rubin on having children with his “husband.” Or when the Daily Wire, with its reputation for defying cultural headwinds, has an editor in chief who celebrates a same-sex engagement.

To be clear, this article is not an attempt to bash Rubin or any of the other right-leaning figures whose same-sex activities have been celebrated. It’s an inquiry into what happened to a movement that has long held homosexuality is unnatural, and yet is increasingly willing to compromise its values by praising activity it would normally condemn.

What does Jeremy Boreing, who identifies with the Christian faith, gain from congratulating Spencer Klavan on his relationship with his same-sex partner? Is it to boost his relationship with Klavan’s fiancée who works for Daily Wire, or his father who has a show on the platform? Is it to appear more tolerant? Or is Boreing trying to assure Klavan of their collegiality?

Whatever his reasons, Boreing’s warm wishes necessarily entail the public approval and promotion of sin — one that, depending on Boering’s theology, he knows will lead to eternal damnation.

It would be one thing if the Daily Wire hosts — many of whom I admire — stayed silent on the reluctance to challenge our culture’s gender and sexual mania. But Boreing’s outlet routinely attacks Republican “squishes” like Elise Stefanik, who pushed the GOP last year to embrace “transgenderism,” and Republicans who supported Caitlyn Jenner.

PragerU, named after famed so-con Dennis Prager, also muddied the waters when it released a video in which commentator Guy Benson stated that one could be “gay” and Christian.

As a Catholic who struggles with same-sex attraction, I’m more than willing to acknowledge that the literal meaning of Benson’s assertion is basically correct. Attractions and actions are two very different things. One can’t be controlled while another can.

And while neither of the following are permissible, sustained commitments to sin are very different from indiscretions that partially result from weakness. Public, continual sin requires a greater act of the will, and therefore deepens culpability.

Unless I’m missing something, Benson and others aren’t merely “falling” into long-term relationships only to realize they’re immoral. Based on Benson’s own life, he and PragerU appear to be suggesting that concerted homosexual unions are compatible with Christianity — a heretical claim that clearly contradicts any plain reading of the Old and New Testaments. You cannot continue in unrepentant, grave sin and credibly say you’re living a Christian life.

But again, this isn’t so much about figures like Benson as it is about PragerU and others who publicly contradict their own advocacy, betraying fellow conservatives in the process.

At a more personal level, are we willing to signal to our same-sex-attracted brothers and sisters that their struggle really isn’t worth that much? That they can find edification in sinful unions — so it’s okay to pursue those regardless of the moral implications? Because that’s the impression one gets from the congratulatory messages on Twitter.

More broadly, are we willing to discard foundational aspects of our ideology— natural law and a reverence for Judeo-Christian morality — for whatever reasons Boreing might have had in mind when he praised a same-sex engagement?

As many have noted, conservatism has essentially become liberalism traveling the speed limit. Without natural law to anchor conservatives, what exactly is stopping us from drifting into all the decadent excesses of the progressive left?

If you’re willing to propose a version of natural law or biblical morality that somehow permits homosexuality, let’s hear it. But if you merely want to keep certain parts while shirking the unpleasant ones, you’re rooting your advocacy and your movement in sand.

You don’t have to be a purist to maintain a coherent framework of belief. This isn’t, for example, a conversation about tax credits versus strict laissez faire economics  — or even about going too far on immigration reform. This identity crisis cuts to the core of the way we view nature, and therefore the society where it flourishes.

I am sinner who understands the struggles of same-sex attraction all too well. But the answer to this struggle, as always, isn’t license or a friendly nudge towards perdition.

Sam Dorman is a journalist based in Washington, D.C.