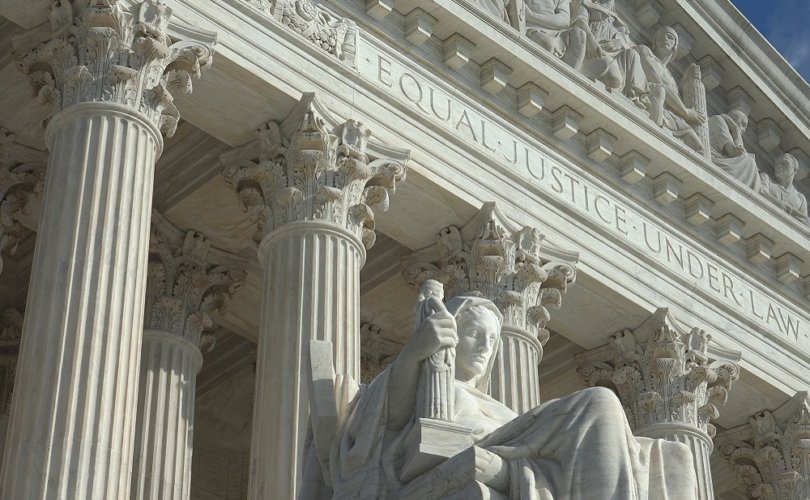 September 23, 2020 (FRC Action) — Just when many thought the stakes of the 2020 election couldn't get any higher, Supreme Court Justice Ruth Bader Ginsburg passed away after a long battle with cancer, leading to an immediate opening on the nation's highest court.

The political implications of this are as important in the near term as the judicial philosophy of whoever fills it will be in the long term. It's not lost on many that President Trump was propelled to victory in 2016 by conservatives and evangelicals who seized on the importance his publicly-released list of potential Supreme Court nominees to fill Justice Scalia's vacant seat. Now, two Supreme Court justices, many lower federal court confirmations, and a number of key rulings later, Trump's legacy in the courts is almost already confirmed. On top of all this, the seat occupied by the court's arch-liberal just opened up — paving the way for President Trump to make judicial nominations a bigger issue in 2020 than in 2016.

The constitutional and legal implications, and the stakes for the court's judicial philosophy and impact on the many landmark cases it will decide in the coming years, have only increased. Roe v. Wade is obviously on the minds of many, and a pro-life movement committed to its abolition is as close now as it has ever been. Add to this the impending religious liberty threats by those who want to use the levers of government power to punish Americans holding beliefs about marriage and sexuality out of date with “elite” opinion, and the attacks on a host of other constitutional rights like gun rights and free speech — it's no wonder that the court is so important to conservatives.

Many in the media will lament the politicization of the Supreme Court. I agree with them. But the court has been politicized not by social conservatives, but by activist judges and justices who lack an originalist approach and for 50 years have issued expansive policy-making rulings, taking power out of the hands of legislatures, and disenfranchising the voters behind them. Without the last five decades of Supreme Court activism, judicial nominations wouldn't be that big of a deal politically. It's that simple.

When Americans see their voices and their elected leaders' policies sidelined by activist judges, whether on immigration, affirmative action, or other issues — their political interest in the court only increases, and the stakes in the voting booth only get higher.

The impact the court's decisions have on our country in these cases alone would be sufficient reason for President Trump to immediately nominate a solid originalist to fill the vacancy that is now on the court. But there is further reason to do so at this unique moment in history.

The court will likely play a key role in any litigation or other legal disputes over the 2020 presidential election. As the nation is on edge, having a sufficient number of justices on the court to avoid a deadlock on key legal issues will be important.

For all these reasons, President Trump should immediately nominate a solid originalist, with sufficient backbone and character to withstand the likely withering criticism that will be thrown their way, both in the confirmation process and when they are on the court. We know it is coming soon, from the same purveyors of “elite” opinion who look at the court to do their bidding on social policy. We should simply disregard it, and Leader McConnell should swiftly advance the president's nominee to a floor vote in the Senate.

One note of caution as we consider a nominee: social conservatives have been told to “trust us” when supposedly originalist nominees have been put forth before. Yet as Chief Justice Roberts slides toward the liberal wing of the court, and Justice Gorsuch botched the supposedly textualist ruling in Bostock v. Clayton County earlier this year (which will have religious liberty implications for years to come), we can no longer afford to merely “trust” anyone on Ginsburg's open seat. Some constitutional rights hang by a thread, and the lives of the unborn matter too much and our religious freedom is too dear to us to simply trust. We must fill this seat with a nominee who we are assured has a backbone and will deliver an unimpeachably originalist record on the high court.

The Constitution provides for a Supreme Court nominee and their confirmation. Conservatives rightly demand it. And as we head into this election, our nation needs it.