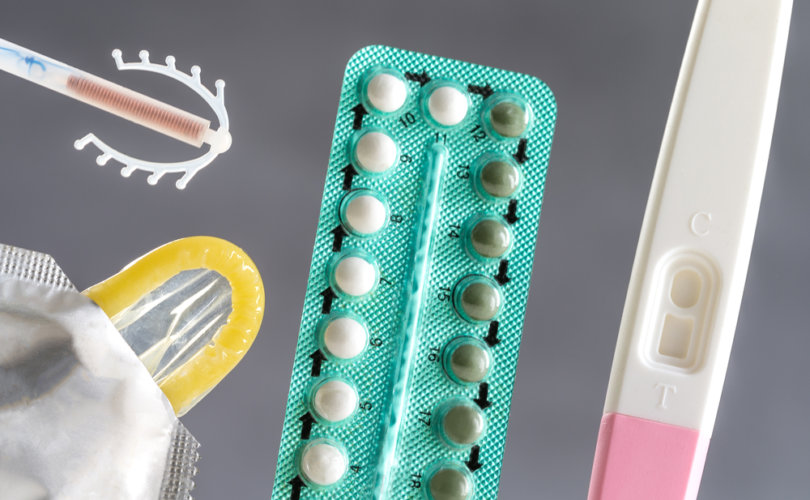 June 29, 2016 (HLI) — Dr. Ligaya Acosta, Human Life International’s regional director of Asia and Oceania, gave an eye-opening talk at the tenth World Congress of Families in the Republic of Georgia in May. Her presentation on contraception was accompanied by HLI resources on the subject.

Dr. Acosta took her time deciding on a topic for this important conference. While reviewing the programs of previous WCFs, she noticed that the topic of contraception had not been given much attention. After talking with conference organizers about the need to discuss the demographic problems facing many Asian countries, she agreed to connect these issues with one of their most important causes, one often overlooked even by those who defend life. Dr. Acosta’s presentation moved the audience, many of whom considered contraceptives to be a safe way to prevent abortion.

Contraception is Unhealthy and Unsafe for Women

Not only has the wide promotion of contraception not lowered abortion rates, Contraception is not safe. The World Health Organization classified contraceptives as carcinogenic in a September 2005 report. In spite of the carcinogenicity, WHO routinely makes the unsupported claim that “the health benefits clearly exceed the health risks.” Apparently the World Health Organization is not concerned that women are putting cancer-causing chemicals in the same category as cigarettes and asbestos in their bodies daily.

Side Effects of Contraception

What are the health risks that are supposedly outweighed by the benefits? Different forms of contraception from birth control pills to IUDs to vaginal rings share side effects ranging from headache to depression to death. None of these forms protect against HIV-AIDS or any other STDs, and some have been shown to substantially increase risk of HIV transmission in women. Deep vein thrombosis, or blood clots, is one of the more dangerous side effects, which can lead to strokes even in young women. Other serious side effects include breast and cervical cancer, total or partial blindness, ectopic pregnancy, gallbladder disease, and depression and suicidal thoughts. Less serious side effects include acne, dizziness, diarrhea, and/or vomiting, weight loss or gain, nervousness, rash, and excessive sweating or body odor. Copper T IUD can cause an increase in menstrual cramping and bleeding. Depo-Provera, an injectable contraceptive that is very popular among population control organizations, has been given a “black box warning” from the FDA due to the fact that it can cause a loss in bone marrow density.

Contraception Does Not Prevent Abortion

There are two ways in which hormonal contraceptives cause abortion rather than prevent it. First, the term “contraceptive” (contra (against)- conception) is not entirely accurate. Most hormonal methods have three effects, only two of which actually prevent contraception by thickening cervical mucus or by preventing ovulation. Most of these methods, however, also act as abortifacients, ending the life of the unborn child at his earliest stage by preventing his implantation in the uterus. This has been known for some time: over 25 years ago, Planned Parenthood lawyer Frank Susman said, “The most common forms of contraception today—IUDs, low dose birth control pills, which are the safest type of birth control pills available—act as abortifacients.”[1] This is true for almost all hormonal contraceptives—the pill, patches, vaginal rings, and long-acting methods. The only contraceptive methods sure to not cause early abortions are surgical sterilization and barrier methods, such as condoms. Of course, these methods have their own problems, and neither of them prevents the spread of STDs.

The second reason that contraceptives cause abortion rather than prevent it is because of their higher-than-expected failure rate. Birth control pills need to be taken at the same time every day for peak effectiveness. Condoms can slip, break, or leak. Depo-Provera has a 6% failure rate, and is not recommended for long-term use (more than two years) due to the increased health risks for prolonged use. The effectiveness of all of these methods also decreases with time. Once a woman’s birth control method fails, she is likely to want to end the unwanted pregnancy in abortion. Former Medical Director of the International Planned Parenthood Federation, Malcolm Potts, said in 1977, “As has been pointed out, those who use contraceptives are more likely than those who do not to resort to induced abortion.”[2]

Contraception has been sold as a “safe” alternative to abortion for over a century. In the December 1918 issue of Margaret Sanger’s “Birth Control Review”, the founder of Planned Parenthood states, “If [a woman] is denied the knowledge of the safe, harmless, scientific methods of Birth Control, she limits her family by abortion…the abnormal, often dangerous, surgical operation.”[3] This is interesting considering that Planned Parenthood performed 327,653 of these “abnormal, often dangerous, surgical operations” in 2013.

Human Life International, on the other hand, has been fighting the lie of “safe contraception” since our founding in 1981. When many in the wake of Roe v. Wade were claiming that birth control would decrease abortions, Father Paul Marx, HLI’s founder, was teaching (in agreement with Planned Parenthood’s Malcolm Potts) that increased demand for abortion is the result of the widespread use of contraception. “Abortion is the endpoint of the abuse of sex, which begins with the unleashing of the sexual urge by contraception,”[4] Fr. Marx writes in his book The Warehouse Priest.

It was the discovery of the truth about contraception that brought Dr. Acosta to the pro-life movement and to Human Life International. Dr. Acosta spent over 28 years promoting contraception and population control as an employee of the Department of Health in the Philippines. In 2004, she was assigned to be Program Manager for Natural Family Planning. As she began to learn more about NFP, she began to realize the miracle of reproduction. “I realized that God in all His wisdom and glory really placed a body clock inside the body of a woman, where you will know exactly when you are fertile and not fertile.” Through her research, she learned the horrible side effects of artificial birth control on a woman’s body, and the ultimate consequence for the child. She then spent a year studying the subject of contraception, reading material from HLI as well as others. “The more I read, the more I cried.” She realized that she had to quit her job. She has been working for HLI Asia since 2007, avidly opposing the movement she promoted for so long.

Dr. Acosta’s commitment and dedication to the pro-life movement shone through her talk at the World Congress of Families. Several of those who heard her speak were deeply moved to oppose contraception, the root of the Culture of Death. After her talk, activists from both Belarus and London requested copies of the presentation to use in their countries. Dr. Acosta continues to give many talks weekly in her native Philippines and around Asia and Oceania, winning many to the cause of life and family.