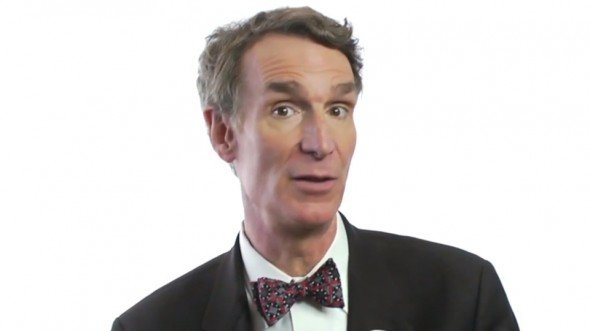 March 23, 2016 (BreakPoint) — The popular “Existential Comics” Twitter page appeals to a segment of the population most of us avoid at dinner parties. It’s humor at its most esoteric. But Existential Comics recently posted a real zinger that cuts scientific hubris down to size.

“Why does philosophy matter?”
“I don't know, why does science matter?”
“Well because scie-“
“Annnnnnnd you are doing philosophy.”

It would be funnier if so many scientists today didn’t share this ill-informed attitude toward philosophy. New Atheist rock star and Oxford biologist Richard Dawkins tweeted on Darwin Day that philosophers’ failure to anticipate Darwin was “a severe indictment of philosophy.” And theoretical physicist Stephen Hawking recently declared “philosophy is dead.”

Bill Nye “the Science Guy” took on the subject last month in a Big Think video on YouTube. A philosophy student contacted Nye to ask whether he, like so many atheist scientists, considers philosophy a “meaningless topic.”

In Nye’s rambling response, he characterizes philosophy as a curiosity—a field that raises “cool” but mostly trivial questions like whether the universe is real and whether we can know we exist. Philosophy is “important for a while,” he says, but can quickly devolve into “arguing in a circle.” And unlike science, philosophy rarely gives “an answer that’s surprising.”

These kinds of charges, writes Olivia Goldhill at “Quartz,” show that Nye buys into the common caricature that “philosophy is about asking pointlessly ‘deep’ questions, plucking an answer out of thin air, and then drinking some pinot noir and writing a florid essay.”

Far from it! As Existential Comics cleverly hinted, not only is philosophy not dead, but without it, science itself is impossible. Philosophy tells us not only why we do science—it gives us the assumptions that undergird the scientific method.

Ned Hall, a philosophy chair at Harvard, explains that science as we know it involves “unstated but fairly substantial assumptions about the simplicity and elegance of the natural world.”

In other words, the scientific process of observation, hypothesis, experiments, theories, and predictions requires us to assume that nature is orderly and predictable. Just because the sun has risen every day since the dawn of civilization doesn’t mean it will rise tomorrow without a human sacrifice—just ask the Aztecs! Modern inferences like the laws of gravity, optics, and Newtonian physics only make sense if you assume an orderly and consistent universe—the kind of universe the Judeo-Christian Bible says we have.

As historian Rodney Stark argues in his terrific book, “The Victory of Reason,” Christianity gave birth to modern science by laying this philosophical groundwork. That is to say, the Christian worldview, alone in the history of mankind, made the right claims about reality necessary for empirical science to develop and flourish.

So ironically, philosophy is alive and well, even in the thinking of atheist scientists, whether they admit it or not. And let’s remember that despite the protestations of Nye, Hawking, Dawkins, and the like, that it’s thanks to philosophy—and the Christian worldview—that the sun rose on modern science in the first place.