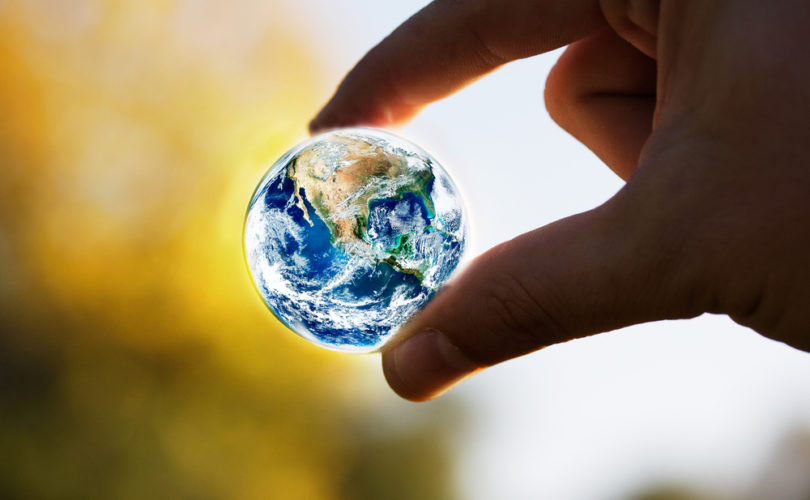 PARIS, November 30, 2015 (LifeSiteNews) – As the COP21 climate conference in Paris starts today, running to December 11, France’s capital is braced for one of its most daunting security challenges ever. Even without the November 13 Islamic terrorist attacks that killed 130 people, protecting some 150 heads of state as they moved between the center of Paris and the COP21’s venue near Le Bourget airport on Sunday and Monday – through largely immigrant quarters where one of the attacks took place – was nothing short of a nightmare. Tracts of public highways have been closed for two days. But everyone has come: the future of the planet is at stake, don’t forget.

As COP21 begins, here are the basics about the event and why it should matter to those concerned with the moral renewal of civilization.

The UN itself has been steering these “climate talks” for over twenty years. The COP21 (“Conference of Parties”) is the 21st of its kind, but it is especially crucial, governments say. It is being presented as a sort of “last chance” to avoid universal hardship, including wars, famines, and mass migrations. Already, scientists are explaining that the present mass migrations from Africa and the Middle East to Europe are related to global warming, and they are even linking it to the Paris attacks.

The conference’s objective is to obtain voluntary reduction of carbon dioxide emissions on the part of the developed world, helping the agenda along with carbon taxes and carbon quotas, and major climate subsidies to the poor countries so they can catch up with the richer countries. (They call this “climate justice.”)

In particular, the goal is to obtain commitments from all the “conference partners” to stop global warming from exceeding 2° Celsius compared with the Earth’s mean temperature before the industrial era. The beauty of the system is that if by the year 2050 or 2100 temperatures have risen less than those fateful two degrees, any action taken under the leadership of the United Nations will be pinpointed as being responsible for the good news.

2) Why should the pro-life movement care?

What does this have to do with the culture of death and respect for the sacredness of human life? Well, a lot. In the name of the Planet, the story goes, humans have to be stopped. Stopped from eating meat, burning petrol, having baths instead of showers, cutting down forests… even just being there. “Global warming” is the direct consequence – the story continues – of human endeavor. We are killing Nature’s resources. Our “carbon footprint” is driving the Earth’s temperature up and up: the more fossils we burn, the more carbon dioxide we are sending into the atmosphere, trapping the sun’s heat and causing droughts, floods as the oceans rise, and general havoc.

Pro-lifers need to keep in mind that “saving the Planet” in climate-speak is foremost an anti-human enterprise, presenting the size of the Earth’s human population as the main cause of the catastrophes and extreme conditions global “warmists” are predicting on a daily basis. This new ideology has invaded the media, politics, and – in France and throughout the Western world – official primary and secondary school curricula. One of its most visible effects is that “ecology” the world over is touting population control while all the major foundations – those of Bill & Melinda Gates, Hewlett Packard, etc. – and all the official international organizations are subsidizing and spreading contraceptives, especially to the poorer nations.

Now it must be said that the draft agreement (available here) does not address population control. Many “deep ecologists” and Malthusian groups are complaining about this, saying insufficient means are being injected into over-fertile countries in order to let them get rid of their population problem. Even from their point of view, this is not entirely true. Since Paul Ehrlich published his scare-mongering book, The Population Bomb, millions upon millions have been spent in order to promote and give access to contraceptives, Third World aid has been conditioned by it, and abortion has been unofficially touted to many traditionally pro-life countries and societies.

The same rhetoric is being used today and is in fact one of the driving forces behind the “fight against global warming.” But it is more discreet than the political stances being made. As a necessary element of the logic behind “anthropogenic global warming,” the Malthusian agenda cannot be brushed aside. The more so because it has been going on for so long.

3) The climate agenda and global government

Like the invisible war in Orwell’s 1984, global warming is a major tool to inspire fear into populations and to promote globalism. The problem being global, so the solution must be global. This means super-national powers, binding agreements, world taxes and of course sanctions. Recently, French President François Hollande came up with the idea that the COP21 should establish a new international climate tribunal with binding powers.

This is an obvious move towards globalism as such and it is interesting to note that a majority of world leaders are aboard, from Putin and Xi Jingping to Obama, and from Justin Trudeau to Malcolm Turnbull, who both most recently and opportunely replaced their more independent-minded and skeptical predecessors in Canada and Australia, Harper and Abbott.

Behind all this there is a new ideology. A new Marxist “class war,” no longer between the bourgeois and the proletariat, the rich and the poor, men and women, natives and immigrants or natives and colonists as the case may be, LGBT’s and “straights.” We now have a class war between man and nature, humankind and all other species. It is in a way the ultimate heresy and as all heresies, it is also a religion, in which the Goddess Gaïa deserves worship and sacrifices – even human sacrifices insofar as abortion keeps the human population down.

The worldwide mobilization is being egged on from the Vatican itself, since Pope Francis in Laudato Si’ made a plea for “ecological conversion” in company with “experts” such as atheist John Schellnhuber who are active in major international and governmental organizations that do a lot to promote the culture of death. On his trip to Africa, Pope Francis again passionately pleaded for the signature of an agreement in Paris.

His moral authority is of paramount importance to the negotiators but has left many Catholics perplexed. It should be said, in the name of the separation of the spiritual and the temporal, that the Catholic Church’s role is to help people attain their personal end, salvation, while the temporal common good is the responsibility of lay people.

It must also be said that the pope openly rejects population control in Laudato si’ – as is his moral duty – but he does pick up all the alarmist talk of the “warmists” and seems to have made the fight against climate change into man’s first obligation today.

In France, as the COP21 approaches, we have had some surprises. Cardinal Philippe Barbarin, primate of Gaul, criticized the “catastrophic” tone being used and said in an interview with Famille chrétienne last week: “You should not accuse man of being the master and lord of creation, because that is his vocation. It is not his mastership that is the source of the planet’s ills, but sin.” He also underscored how man has turned France into a garden by “enriching” nature.

Cardinal Vingt-Trois of Paris celebrated a mass in Paris’ Notre Dame Cathedral earlier this month in view of the COP21. He warned against an “ecology without man” that sees human beings as “intruders and destroyers,” and also against “partial ecology” whose only objective would be to preserve our way of living.

On the other hand, a recent op-ed on Radio Notre Dame, the Archdiocese of Paris’ radio station, by editorialist Hubert de Beaufort blamed the “blindness” of ecology towards the “main cause” of present-day problems: “demographic explosion.” “Only China has understood the challenge in imposing its one-child policy,” he said in a talk that is still online on the Radio’s website.

5) What outcome should we expect?

What will come of it all? As at previous climate summits, the outcome is far from certain. I shall be following the COP21 very closely here in Paris. The tragic circumstances of the Paris terrorist attacks could play a significant role in encouraging heads of state and negotiators to increase their efforts towards unified responses to contemporary problems. And many of them are from backgrounds that favor the madness of the culture of death.