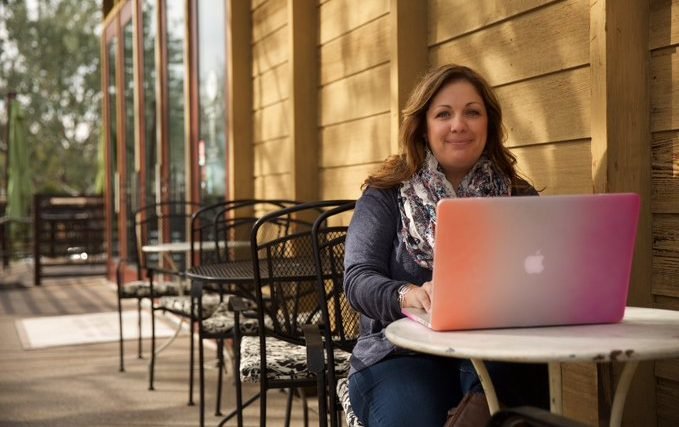 The majority opinion, led by Judge Mary Beck Briscoe and joined by Judge Michael Murphy, stated that the refusal to design websites celebrating same-sex relationships would “arguably” deny service “because of sexual orientation,” and therefore interfere with the “equal access to publicly available goods and services” that CADA is designed to ensure.

Briscoe concluded that “a faith that enriches society in one way might also damage society in other, particularly when that faith would exclude others from unique goods or services.”

Chief Judge Timothy Tymkovich dissented, calling the decision “unprecedented” and warning of a “brave new world” where the government could “regulate” the work of “all artists” if the decision is “taken to its logical end.”

“No case has ever gone so far,” wrote Tymkovich.

The court decision reveals that Smith “would like to post on her website” the message that she “firmly believe[s]” that she is being called by God to website work that celebrate[s] His design for marriage as a life-long union between one man and one woman.”

Smith asserted in her challenge that CADA violated the Free Speech and Free Exercise Clauses of the First Amendment.

But, wrote Briscoe, “Although Appellants might comply with CADA in other circumstances, at least some of Appellants’ intended course of conduct arguably would “deny to an individual … because of … sexual orientation … the full and equal enjoyment of [goods and services].”

“As a result,” Briscoe continued, “[Smith’s] refusal may be “because of” the customers’ sexual orientation, and thereby expose [her] to liability under CADA.”

To make her argument, Briscoe cites the Bostock v. Clayton County Supreme Court decision that stated that if “[an] employer’s ultimate goal might be to discriminate on the basis of sexual orientation,” “to achieve that purpose the employer must, along the way, intentionally treat an employee worse based in part on that individual’s sex.”

The reasoning is, of course, nonsense. If someone did want to discriminate against someone because of a homosexual orientation, it doesn’t matter if the person is a man or woman — both are fair game for discrimination.

Moreover, Smith has openly stated, as Tymkovich pointed out, that she “will decline any request to design, create, or promote content” that “promotes any conception of marriage other than marriage between one man and one woman,” even if the request is from a heterosexual.

The idea that intent does not matter in discrimination, or that Smith cannot meaningfully claim a relationship between her service and market base, is a ridiculous one, with disturbing and ridiculous consequences. If a custom-made dress designer will only design for women, is she guilty of discriminating against men?

Briscoe also claims that refusing to provide a service celebrating a same-sex relationship would “necessarily relegate LGBT consumers to an inferior market because Appellants’ unique services are, by definition, unavailable elsewhere.” Briscoe goes so far as to claim that “due to the unique nature of Appellants’ services, this case is more similar to a monopoly.”

“For the same reason that Appellants’ custom and unique services are speech, those services are also inherently not fungible [interchangeable]. To be sure, LGBT consumers may be able to obtain wedding-website design services from other businesses.”

“Yet, LGBT consumers will never be able to obtain wedding-related services of the same quality and nature as those that Appellants offer. Thus, there are no less intrusive means of providing equal access to those types of services,” wrote Briscoe.

“I think that this is the most stupid analysis of competition that I have haver read,” commented Ed Whelan of National Review. “In case you wonder whether there might actually be something extraordinary about Appellants’ custom wedding websites: They haven’t even started offering them yet.”

Strangely, Briscoe seems unaware that her concession that “LGBT consumers may be able to obtain wedding-website design services from other businesses” is an admission that Smith does not hold something even similar to a monopoly. Competition within a certain sector or market always involves differences in the nature and quality of a service or product. We don’t say that Apple has a “near-monopoly” over laptop computers because they are “unique” and of a “quality and nature” that other laptop manufacturers cannot match.

Because she considers Smith’s 303 Creative to be the sole occupier of a market of “custom-made wedding websites of the same quality and nature as those made by Appellants,” Briscoe considers the question of whether “subjecting businesses” to her interpretation of the Accommodation Clause “ultimately chills commerce” to be irrelevant. In her words, that question is “beside the point.”

She invokes this “likely inevitable” gerrymander in response to Smith’s use of the Masterpiece Cakeshop record to make her case in challenging CADA.

Briscoe explained that in the famous Cakeshop case, “Jack Phillips asserted a disparity in treatment between his case and three other cases related to a customer named William Jack. In the Jack cases, bakers refused Jack’s requests for cakes that ‘conveyed disapproval of same-sex marriage, along with religious text.”

“The Colorado Court of Appeals held that the three bakers lawfully refused Jack service ‘because of the offensive nature of the requested message,’” continued Briscoe.

“The Supreme Court held that this difference in treatment was ‘[a]nother indication of hostility’ toward Phillips’ religious motivations. Contrary to the Colorado Court of Appeals, the Supreme Court held that the difference in treatment between the Phillips and Jack cases could not be based on ‘the government’s own assessment of offensiveness,’” she further admitted.

In that case, Justice Neil Gorsuch argued that the only way one could treat Phillips and Jack differently is by “adjusting the dials just right” so that they were judged according to a different standard.

Briscoe conceded that “a gerrymander similar to the one identified by Justice Gorsuch may still exist,” but claims that “Appellants have only shown a gerrymander favoring LGBT consumers, as opposed to a gerrymander disfavoring religious-speakers.”

She continued, “Indeed, a ‘pro-LGBT’ gerrymander is likely inevitable given CADA’s purpose and its content-based restrictions on speech.”

Briscoe committed multiple stunning blunders here. She is already building her house on sand with the idea that denying a particular content-based message — regardless of who requests it — amounts to denying someone a service based on their sexual orientation.

To go further and claim a “gerrymander” that “favors” LGBT consumers by compelling pro-LGBT speech does not disfavor religious speakers is to not only ignore well-known facts about Christian belief, but basic principles of logic. Different ideologies inevitably, by their nature, will conflict with each other on certain points.

Thus, one could argue that Briscoe dares to flout the First Amendment not only by denying free speech and the free exercise of religion but by “respecting an establishment of religion,” in this case, an “LGBT religion.”

It is a religion because it involves the belief, even if only implicit, that same-sex relationships are sacred — so sacred, in fact, that it can lead the government to force Americans to violate their own sacredly-held religious belief that marriage is possible only between a man and a woman through forced speech.

Briscoe’s interpretation of CADA is also guilty of violating another constitutional guarantee: that of equal protection under the law.

In summary: a dumpster fire of a decision

According to Briscoe, to deny a service involving pro-LGBT speech is to “injure the dignitary or material interests of LGBT consumers,” which she calls a “marginalized group,” in “accessing the commercial marketplace.”

In an astoundingly elementary error, she does not distinguish between the access of LGBT persons to goods and services as such, on the one hand, and the freedom of speech, creative license, and religious belief that all commercial artists are entitled to, on the other.

She goes on to falsely characterize Smith as holding something akin to a “monopoly,” and uses that as a wedge to drive her argument that LGBT consumers have something like a fundamental right to her website service.

She then, outrageously, further elevates this right to a “unique” service to override the right to the free exercise of deeply held religious beliefs and freedom of speech, both guaranteed by the First Amendment.

Briscoe makes this clear when she writes, “To be clear, we, like the Dissent, do not question Appellants’ ‘sincere religious beliefs’ or ‘good faith.’ Yet, we fail to see how Appellants’ sincerity or good faith should excuse them from CADA. Appellants’ intent has no bearing on whether, as a consequence, same-sex couples have limited access to goods or services.”

Even if one puts her other glaring errors and stupidity aside, Briscoe’s interpretation of CADA to hold the principle that access to a unique service takes precedence over freedom of religion and freedom of speech reflects a breathtakingly abject, debased, and frankly, pitiful worldview.

In his dissent, Tymkovich noted that “Religious liberty is among the purest forms of self- determination because it allows believers to retain sovereignty of the soul.”

To hold that one person’s right to a “unique” (and non-essential, at that) material possession trumps another’s sacredly held beliefs and “sovereignty of soul” suggests that one has no sacredly held beliefs or firm principles of one’s own, except for the principle that the ultimate good one can aspire to is that of material possession. It is consumerist ideology in its purest form, upon which our grotesque caricature of modern American society is based.

Besides being truly degraded and contemptible, such a worldview is frightening in its implications. Briscoe’s interpretation of CADA is an endorsement of state tyranny.

As Tymkovich observed, if “[t]aken to its logical end,” the ruling would mean “all artists” could be forc[ed] “to promote messages approved by the government in the name of ‘ensuring access to the commercial marketplace.’”

The worst kind of tyranny is not that which merely forces the hand, but that which bends or violates the mind and the conscience — the soul.

Alliance Defending Freedom (ADF) senior counsel and vice president of appellate advocacy John Bursch announced that ADF, which represented Smith in this case, is planning to appeal the decision.