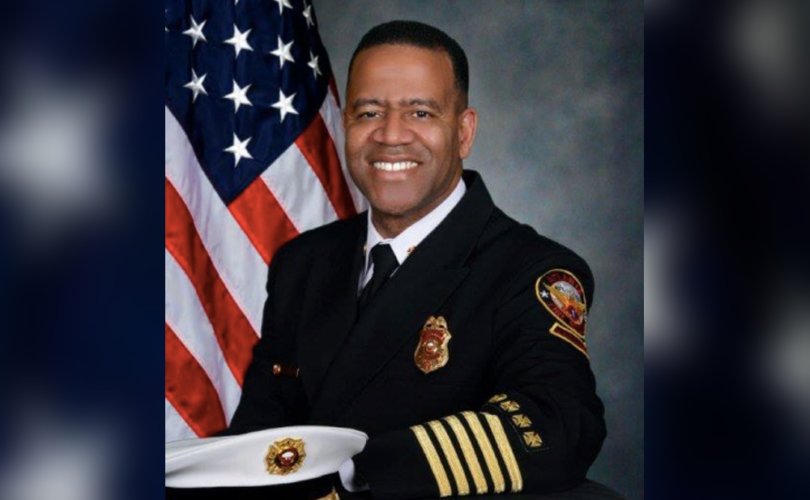 December 22, 2017 (Alliance Defending Freedom) – This time last year A Charlie Brown Christmas was being censored in schools and former Atlanta Fire Chief Kelvin Cochran was still waiting for justice after being wrongly fired for expressing his religious beliefs about marriage.

But this year is looking up – both for the Christmas classic and for Chief Cochran.

Chief Cochran was fired by the city in 2015 in violation of his constitutional rights. He brought a federal civil rights suit against the city of Atlanta for his unjust termination.

I had the privilege of representing Chief Cochran before a federal district court last month, asking that it uphold his right to free speech. The government cannot force its employees to get permission before engaging in free speech. After all, free speech is not really free if you have to get City permission for it.

Thankfully, the court ruled December 20 that the City of Atlanta’s actions were unconstitutional.

But when a city councilman found out about his beliefs regarding marriage, he took the book to the H.R. department in November 2014. The mayor initially suspended Chief Cochran for 30 days without pay and ordered him to attend “sensitivity training.” He then fired him in January, stating, “I profoundly disagree with and am deeply disturbed by the sentiments expressed in the paperback . . . .” The Mayor also cited as an additional reason that the Chief didn’t consult with him or get City permission before writing it.

The fact that Chief Cochran served under President Obama as Administrator of the United States Fire Administration (the highest position in the entire profession), was named Fire Chief of the Year in 2012, and led the City of Atlanta to attain the highest level of fire and rescue preparedness for the first time in its history just a month before he was suspended didn’t matter. In Atlanta, speaking without City permission, particularly when the City disagreed with you, meant punishment, even termination.

Fortunately, the court ruling today protects not just Chief Cochran, but all employees in Atlanta who want to speak about non-work-related things that the City or the Mayor might disagree with. Atlanta can no longer require employees to get permission from the City for speech unrelated to work or punish them if they don’t.

This win protects all City employees wanting to engage in “controversial” speech—whether that be what the Bible has to say about marriage or what Charlie Brown and the Bible have to say about Christmas.

Kevin Theriot, Esq., serves as senior counsel with Alliance Defending Freedom, where he is vice president of the Center for Life.