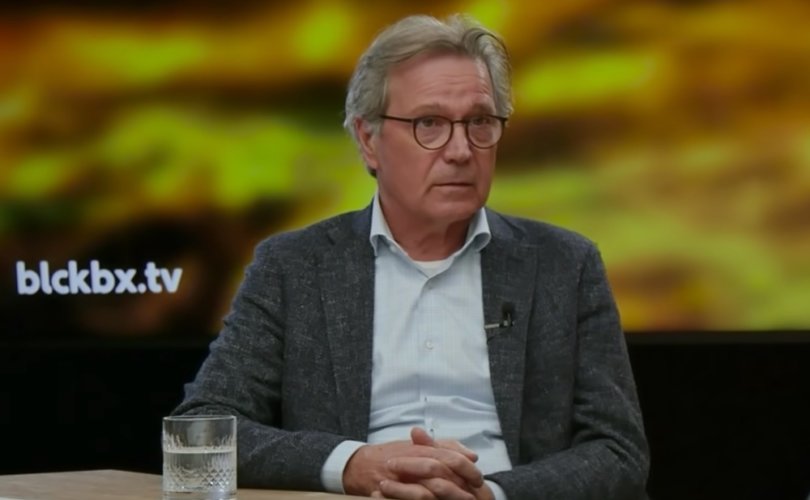 (Daily Sceptic) – COVID vaccine boosters in older people are killing one person for every 800 doses administered and should be withdrawn from use immediately, a leading vaccine scientist has said.

Dr. Theo Schetters, a vaccinologist based in the Netherlands who has played a leading role in the development of a number of vaccines, has analysed the official data from the Dutch Government and found a very close correlation between when fourth vaccine doses were administered in the country and the number of excess deaths, as shown in the chart below.

Importantly, in the Netherlands the booster rollout in different regions was staggered over a number of weeks allowing an analysis by region, which confirms the effect.

Dr. Schetters, who is a recipient of the Medal of Honour of the Faculty of Pharmacy at the University of Montpellier in France, told Dr. Robert Malone, an inventor of mRNA vaccine technology, that medical doctors are currently seeing “all sorts of symptoms that they do not know what it is” and that “in the Netherlands now it’s very clear that there is a good correlation between the number of vaccinations that are given to people and the number of people that die within a week after that.”

It is essential to look at all-cause mortality, he said, as the vaccine “potentially affects all organs.”

So it potentially affects all organs. And that’s what the medical doctors now see, they see all sorts of symptoms that they do not know what it is. And because the adverse effects are so not just single one adverse effect, but can be anything, they surface very difficult to a statistical level. And that’s why we do analysis on all cause mortality, because say, okay, and if we do not know what is exactly related to vaccination, of course, the coagulation problems, myocarditis, we know that, but there are many more things happening at the moment. And so that’s why we look at all cause mortality, and in the Netherlands now it’s very clear that there is a good correlation between the number of vaccinations that are given to people and the number of people that die within a week after that. So let’s say in this week we gave 10,000 vaccinations. Then in this week, we have something like 125 excess in death in that week.

So what we’ve done is we have written a registered letter to the director of our Institute of Health and presenting the results and expressing my concerns. And just with the question, from a precautionary point of view, please reconsider vaccination strategy because I think this is a real warning. And so it’s not that everybody dies. Actually I do a rough calculation, it’s one in 800.

During the interview, Dr. Malone explained that his own organisation, consisting of 17,000 medical practitioners and scientists, has released a statement that the vaccines should be withdrawn as they are no longer justified on a risk-benefit ratio, a statement with which Dr. Schetters agreed. Dr. Malone said:

I stand as the President of the International Association of Physicians and Medical Scientists. So we’re 17,000 that are only physicians and medical scientists, all verified, no nurses, not because we don’t like nurses, but it has to do with the positioning with the press and messaging. So that’s the basis for our organisation.

Months ago, we came out with a press conference in a clear unequivocal statement that one can find at www.globalcovidsummit.org, where we made a clear, unambiguous statement. In our opinion, as an organisation, these vaccines should be withdrawn. They are no longer justified on a risk-benefit ratio. And as the person who is responsible for the genesis of this technology, I’m often criticised. Didn’t I realise what I was doing? And there’s no way for me to have known that the normal standards for regulatory development and testing and clinical would be circumvented.

But I stand as someone who has intimate, detailed knowledge of the technology and its risks and benefits, the nature of the formulations, the role of the pseudouridine, all of those things.

It’s my opinion and that of the organisation that I represent, that the data are now sufficiently clear that, in our opinion, the ongoing campaign for vaccination is no longer warranted.

Dr. Schetters’ analysis is in line with the observations we have been making on the Daily Sceptic in recent weeks as we have been following what appears to be a correlation between the spring fourth dose booster rollout among over-75s in England and a wave of now over 11,000 non-COVID excess deaths that are currently unexplained (see the charts below).

The latest official data from the Office for National Statistics, released on Tuesday, show there have been 11,370 excess non-COVID deaths registered in England and Wales in the 13 weeks since April 23rd. If all of these were a result of the spring boosters (of which 4,182,483 have been delivered up to July 22nd) it would be a rate of one every 368 doses. That figure is an upper bound, of course, as not all the additional deaths will be due to the boosters, but it shows the U.K. data are broadly in line with the Netherlands data. Note that a higher vaccine injury rate would be expected in the U.K. where the fourth doses are only being given to the over-75s, as the rate increases with age.

In the week ending July 22nd, the most recent week for which data are available, 10,978 deaths were registered in England and Wales, which is 1,680 (18.1%) above the five-year average for the week. Of these, 745 mentioned COVID-19 on the death certificate as a contributory cause and 463 mentioned COVID-19 as underlying cause, leaving 1,217 deaths from a different underlying cause. Note that this was the week of the brief but intense heatwave (with recorded temperatures topping 40°C for the first time in some areas), so some of these will be heatwave deaths, as will many of the additional Covid deaths (being people who happened to have Covid at the time).

Deaths by date of occurrence rose dramatically in the most recent week, which might be assumed to be connected with the heatwave of July 18-19th. However, the data by date of occurrence show the spike occurring in the week ending July 15th, too soon for the heatwave. One explanation for this may be that the ONS uses a ‘statistical model’ to calculate death occurrences for recent weeks and this model may not cope well with unpredictable phenomena like heatwaves. If so, we should see adjustments in the next few reports as more real data become available. Note that the cause of the spike in non-COVID excess deaths during June remains unclear.

As noted in previous weeks, the cause of the deaths appears to be largely related to diseases of the heart and blood vessels (cause of death data for July are now available here). Cancer deaths are, perhaps surprisingly given the withdrawal of healthcare access during the pandemic, broadly at normal levels, suggesting there is something other than lack of access to healthcare going on. The continued high level of excess deaths is unexpected as, following the 142,000 excess deaths of the last two and a half years, we would have anticipated a period of lower than average deaths.

The U.K.government ought to be urgently investigating what lies behind the more than 11,000 additional deaths in three months. However, as we saw last week, it has shown no interest in doing so. When Esther McVey MP, Chair of the Pandemic Response and Recovery All-Party Parliamentary Group (APPG), submitted a written question asking the Cabinet Office what steps it was taking “to investigate the higher than expected rate of deaths of 12.2% above the five-year average,” it simply referred the matter to the U.K. Statistics Authority, which merely said it will continue to publish the relevant statistics.

Perhaps Dr. Schetters’ intervention in the Netherlands will start to wake up those ingovernment who have their heads planted firmly in the sand.

Reprinted with permission from Daily Sceptic