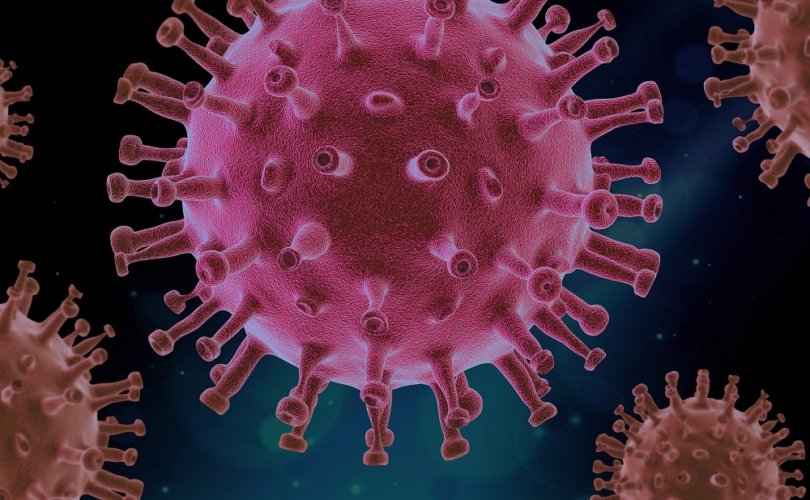 September 29, 2020 (American Thinker) — Because they've made a god of government, there's seemingly always another low to which liberals will stoop in order to help slow, sleepy Joe defeat Donald Trump in November. Many of these lows involve the numerous nefarious reactions to the Wuhan virus. Make no mistake about it: we have suffered an unprecedented loss of jobs and businesses, the shutdown of schools, entertainment, and hospitals; the mandating of masks and “social distancing”; and the like, not because of a global pandemic, but because of our foolish and unprecedented reaction to a global pandemic.

In other words, much of what was “unprecedented” in the fight against the Wuhan virus was simply unnecessary. As Tim Black at Spiked recently put it, because of what leftism has wrought worldwide, we have turned a pandemic into an apocalypse. Mr. Black writes:

To varying degrees, political elites, screamed on by the media, have responded to the threat posed by this virus as if it is world-ending. As if it demands the complete reorganisation of social and economic life around the supreme principle of safety. As if there is no way back. They treat it not as a nasty virus that poses a significant but manageable health risk to certain sections of the populace. No, they treat it as a god-like judgement on the old structures of social life, now deemed, in the jargon of the day, unsafe and unsustainable.

This is what is unprecedented. Not the novel virus itself. But the panicked, fear-laden and, in some quarters, gleefully apocalyptic response.

Because viruses are simply going to virus — not at all unprecedented — in order to keep the fear and the panic high, American leftists in politics, academia, and the media must regularly lie. This is especially the case as the lockdowns drag on and as the actual evidence contradicts what those who have a vested interest in keeping the Wuhan virus fear level high and the lockdowns in place are telling us.

Probably the most repeated lie in this evil episode is the near-endless reporting on Wuhan virus “case counts.” As has been noted multiple times, these reports are filled with numerous deceptions. The drive-by media in my home state of Georgia again provide a clear example.

About a week ago, an Atlanta Journal-Constitution (AJC) headline declared, “Georgia tops 300,000 cases; decline in new cases flattens.” The first two sentences of the article report that “Georgia has surpassed 300,000 confirmed coronavirus infections amid hints that a decline in new cases may be leveling out. With totals reported Thursday, Georgia is close to 301,000 COVID-19 cases.”

The piece downplays the more important facts that hospitalizations and deaths in Georgia have long been on the decline with the supposed scary revelation that “the seven-day rolling average of new cases has drifted up for several days, and Georgia remains the state with the 12th most new cases per capita in the past 14 days, according to data kept by The Associated Press.”

The vast majority of those 300,000 cases in Georgia saw the person infected require no hospitalization and completely recover, or, more often than not, have no symptoms whatsoever. The latter is especially true if the infected was a child. What's more, if it was a young person who tested positive, he was likely not to be contagious. In other words, as multiple studies have shown, children are in little to no danger from the Wuhan virus, and, if they get the Wuhan virus, they present little to no danger to those with whom they come in contact. The drive-by media almost always ignore these facts.

In the meantime, all across America, those hoping to help sleepy, slow Joe over the November finish line — and others who are simply foolishly misguided — are constantly using case counts to keep some version of a lockdown in place. As some U.S. K–12 schools, along with some colleges and universities, have now reopened, the drive-bys are enthusiastically reporting student case counts.

The state's flagship school reported 531 confirmed cases among students, faculty and staff since classes resumed in Tuscaloosa last week, according to an online COVID-19 dashboard that was unveiled Monday.

Another 35 cases were reported throughout the greater UA System, which includes six cases at UAB Birmingham, eight cases at UAB Huntsville and 21 cases at UAB Clinical Enterprise — for a total of 566 positive tests since Aug. 19, according to data.

So a few hundred cases — again, with no context given — out of tens of thousands of people were supposed to send us into a panic that would result in demands that colleges and universities across Alabama shut down. And if not shut down, then these schools were supposed to enact foolish, unnecessary, uncomfortable, and expensive Wuhan virus measures (masks, social distancing, bans on gatherings, and the like) that would make life difficult to miserable for most of those impacted.

Of course, the drive-by media across the U.S. have played a similar game when it comes to schools and Wuhan virus cases. Nowhere in the AJC — and I would wager in any other drive-by media outlets — was this information presented (courtesy of Dr. Andrew Bostom on Twitter):

So, as of just days ago, with over 48,000 reported Wuhan virus cases at 37 different U.S. universities, there have been only two hospitalizations and zero deaths! Based on what we already know about young healthy people, such data are totally unsurprising. Yet, based on this myriad of misinformation and deceit, schools across America continue to force foolish mask mandates and shut down in-person classes, sports, parties, meetings, and the like. Thus, for students and their parents, the bigger problem is not the Wuhan virus pandemic, but rather the Wuhan virus “CASEdemic” constantly trumpeted by the drive-by media.

In Michigan recently, no less than the Chief Medical Executive — Joneigh Khaldun — fraudulently announced that she was “so saddened to hear this week of a 2-month-old baby in Michigan who died because of COVID-19″ (emphasis mine). However, the two-month-old actually died of a birth defect called gastroschisis, “a condition in which a baby is born with intestines located outside the body.”

Such ugly fraud has been perpetuated numerous times across the U.S. by the media, politicians, school administrators, business executives, and medical personnel alike. Enough is enough! These Wuhan virus lies are disrupting and destroying lives and livelihoods. It's long past time to end the lies and open the country!

Trevor Grant Thomas: At the Intersection of Politics, Science, Faith and Reason.
www.TrevorGrantThomas.com
Trevor is the author of The Miracle and Magnificence of America.
[email protected]