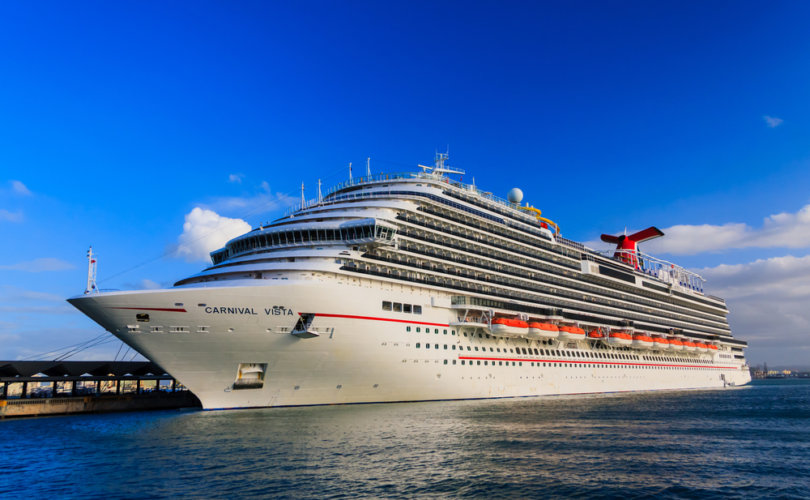 (WND News Center) – It was Ronald Reagan who once said, the “nine most terrifying words in the English language are ‘I’m from the government and I’m here to help’.”

These days that might be reworded – “I’m from the government. I’m here with your vaccination.”

Vaccines never are guaranteed – that’s why the U.S. government makes their manufacturers immune to lawsuits over the damages and death they can deliver – and they especially are suspect when they are developed and delivered while the pandemic they confront actually is continuing.

The COVID vaccines now available in the United States also still are all considered experimental.

And there probably is no more clear an illustration of that uncertainty as the recent announcement from Carnival that there are positive COVID cases aboard its Carnival Vista cruise ship.

That’s because, according to The Liberty Daily, every staff member and every guest on the ship was vaccinated.

“Somewhere near Cozumel in the Caribbean Sea, there’s a cruise ship that had zero unvaccinated people aboard but that still suffered an outbreak of COVID-19,” the report said. “This goes against the narrative that the reason for ‘breakthrough cases’ is due to too many unvaccinated people mingling with those who have taken the experimental injections.”

It continued, “The Carnival Vista, which departed from Galveston, Texas, on July 31, has issued strict face mask protocols and ordered infected people aboard into isolation. Mainstream media is already busy blowing it off while the cruise company is patting itself on the back for reacting to [it] swiftly.”

A Fox broadcaster in Houston explained the outbreak was reported by a passenger who is on the ship.

That person said an announcement was made mandating a new mask policy – “everywhere on the ship except for outside.”

The cruise company said it had “implemented” a mask policy, “given that we are managing a small number of positive cases on board.”

“Our pre-established protocols of vaccinated guests and crew, testing, enhanced medical capabilities and contact tracing anticipated the potential for positive cases, and they are designed to adapt to various scenarios.”

The company said it identified and tested those who were in contact with COVID sufferers.

“The voyage will continue as planned and we are dedicated to continuing to provide our guests with a fun and safe vacation,” it said.

The Liberty Daily noted, “Notice how they call it a ‘small number of positive cases’ while giving no indication of what ‘small’ means to them. Is it 2? 10? 50? Considering the massive ship can hold over 4,000 people, ‘small’ could mean anything. Every mainstream story we’ve seen this morning has blindly accepted and even highlighted the phrase ‘small number’ without inquiry into exact numbers. This is not journalism. It’s narrative-building.”

It continued: “Ever since it became clear the ‘vaccines’ seem to have little to no stopping power when it comes to Delta Variant infections, the White House, CDC, and mainstream media have attempted to paint the spike in ‘breakthrough cases’ as a result of those dastardly unvaccinated. But nobody aboard the Carnival Delta [sic – Vista] is unvaccinated, a fact that everybody at Carnival and the media is conspicuously ignoring.”