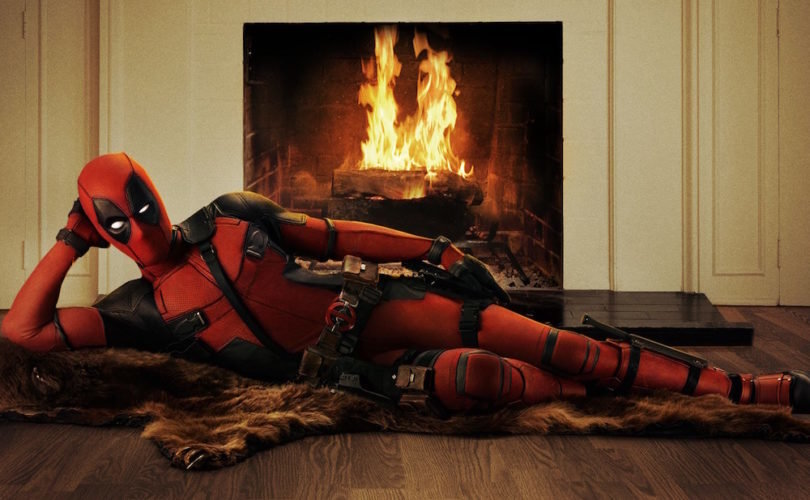 February 18, 2016 (CorProject) — Comic books characters and family fun at the movies go together like peanut butter and jelly, right? Well, with the debut of Deadpool, Marvel Comics and 20th Century Fox forced me last weekend to have a conversation with my two oldest sons about a level of sexual perversion that I’d prefer not to know about.

Why address it at all? The fact that a film that depicts this level of perversity has become a smash hit (it broke a long list of box office records last weekend with a $300 million worldwide debut) is more than a little concerning, and people of faith – especially parents – serve no one by keeping their heads in the sand. We simply must learn how to have open, honest conversations with our kids about what they’re being exposed to, and Saint John Paul II’s Theology of the Body offers both a compelling understanding of how we got in this mess and, more importantly, how to get out.

First, let me acknowledge that I’m getting my information about this movie from online reviews. I haven’t seen it. Also, Deadpool is known for satire, so it’s possible that the perversion in question is depicted in order to expose and critique contemporary culture. If so, I’m in full agreement that it needs to be critiqued.

There’s nothing new under the sun, of course. It’s not like 21st century human beings are the first to pervert the natural order of the sexual act in this way. But to celebrate it in mainstream entertainment on a worldwide scale … that’s unprecedented.

But, alas, it’s right here that the claim breaks down. The roles of male and female in the sexual act simply cannot be re-versed, only per-versed.

Women can certainly do most of the things men can do. Men can certainly do most of the things women can do. But, lest we forget, there is something only men can do (because they’re men) and only women can do (because they’re women) and they must do it together in order to be able to do it at all. Only a man can be a father and only a woman can be a mother. While it has been just and necessary to challenge certain societal roles conventionally limited to one or the other gender, the roles of male and female in the sexual act (in the act designed to make a man a father and a woman a mother) are not interchangeable, and they are absolutely essential for the survival of society.

Because of the wholesale embrace of the contraceptive mentality, the modern world has forgotten that the most basic, the most fundamental role of gender is to generate the next generation. The root “gen” – from which we get words like generous, generate, genesis, genetics, genealogy, progeny, gender, and genitals – means to produce or give birth to. A person’s gen-der is based on the manner in which that person is designed to gen-erate new life. But as soon as we embrace an ideology that severs genital activity from generation, it’s only a matter of time before the very notion of “gender” loses all meaning and the fundamental order of things gets totally turned around.

Just like Big Tobacco after years and years of denial finally had to face the overwhelming mountain of evidence and admit that cigarettes cause cancer, so too will the entertainment industry, the medical establishment, governments, and educational centers (in short, the whole modern edifice) one day be compelled to admit that separating genitals from generation has lead to a de-gendered and, as a result, de-generate world.

Dead-pool … it’s a fitting description of a world that continues to celebrate this de-gendering: it seems we’re sinking in a pool of death. Truth and mercy are the only things that can save us. And the Catholic Church continues to offer both to the whole world. Are we willing to accept her offer?

Christopher West, a husband and father of five, is a global lecturer, best-selling writer and author of multiple audio and video programs which have made him the world’s most recognised teacher of John Paul II’s ‘Theology of the Body’ – a bold, biblical vision of love and sexuality that takes us to the heart of what it means to be human. As founder and president of The Cor Project, he leads a global membership and outreach organization. His work has been featured in The New York Times, on ABC News, Fox News, MSNBC, and countless Catholic and Evangelical media outlets. Reprinted with permission from The Cor Project.