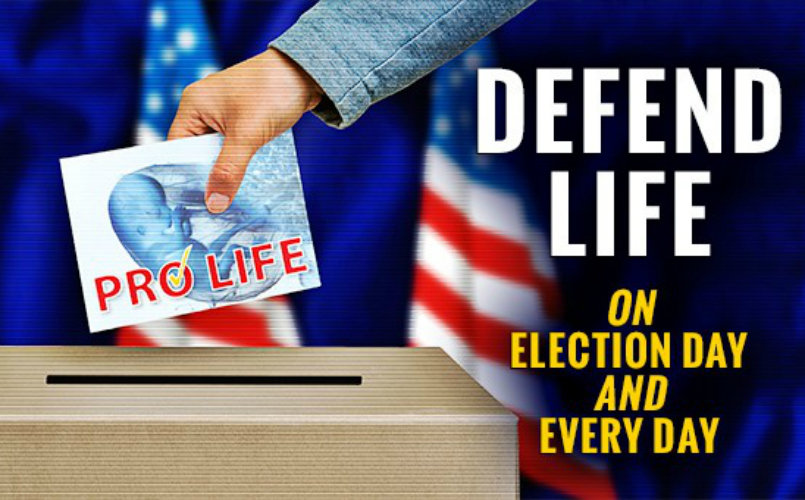 Nov. 8, 2016 (Breakpoint) – Today is Election Day. And here’s some advice from Chuck Colson from a few years ago that applies even during this crazy 2016 campaign. “Vote as your conscience informs you. And allow your faith to inform your conscience.”

We must be morally informed and conscientious citizens who see voting as a civic duty. And to do so, we need to distinguish between those issues essential for Christians, and those that are matters of prudential judgment. As I wrote in an article for Decision magazine recently, the sacred value of every life, the essential institution that is marriage and family and the preservation of religious freedom are fundamental, essential issues. Others—such as minimum wage increases, gun control, education policy, health care—they matter, but they’re prudential. In fact, it will be impossible to get those issues right, if we don’t first establish that human value is intrinsic and universal, that no society survives without strong families, and that people are first of all allegiant to God, not the state.

When it comes to these essential issues, there can be no debate for Christians. Here at BreakPoint and the Colson Center, we’ll never tell you for whom to vote. But let me be blunt. The dignity of human life from conception through natural death is non-negotiable. And voting for a candidate or initiative that supports the killing of children in the womb or the early termination of the life of the elderly and the infirmed cannot be reconciled with the Christian faith.

As we say here often, politics isn’t everything, but it isn’t nothing, either. The fact is, one presidential candidate, during a nationally televised debate, defended not only abortion, but partial-birth abortion. And one party not only has forgotten its promise to make abortion “rare,” its current, 2016 platform supports the repeal of the Hyde Amendment, which would force taxpayers—you and me—to pay for the abortions of Medicaid recipients.

In a powerful homily in October, the Very Reverend John Lankeit of the Phoenix Diocese told his Roman Catholic parishioners that they sin if they vote for candidates and platforms that support “intrinsic evils” such as abortion—harming their own souls and causing a scandal in the church. “Make no mistake,” he said. “There is no single issue that threatens innocent human life more directly, consistently, imminently, and urgently than the deliberate killing of baby boys and baby girls in their mother’s womb.” We have a “serious obligation to protect human life,” he added. “Whoever fails to do so, when able to do so, commits a serious sin of omission.”

Listen, voting is a moral act. But one nominee for vice president, like too many other politicians who claim Christian faith, says that though he is “personally opposed to abortion,” the government shouldn’t be involved in women’s “personal decisions.” One vice-presidential candidate received, despite his “personal convictions,” a “100 percent pro-choice voting record” designation from NARAL Pro-Choice America. There is no such thing as being personally opposed to abortion while publicly promoting it.

This candidate claims that his faith is central to everything he does, but as Bishop Thomas Tobin of the Diocese of Providence, Rhode Island, said, “…apparently, and unfortunately, his faith isn’t central to his public, political life.”

The dignity of life is an essential issue for Christians. Period. It’s why I’ve spent considerable ink, airtime, energy, and strategy recently urging my fellow Coloradans to vote against Prop 106, which would legalize doctor assisted suicide.

Look, if we claim to be pro-life on Sundays, we must be pro-life on Election Tuesday as well. And, of course, the day after that and the day after that. In fact, we’ll be calling all BreakPoint listeners and readers to participate in March for Life and Sanctity of Life activities in January. And, our “21 Days for Life” Prayer guide, updated and expanded is back, and will soon be available as a downloadable app.

Until then, please vote. For Life.

Trump vs. Clinton on life and marriage: the ultimate guide