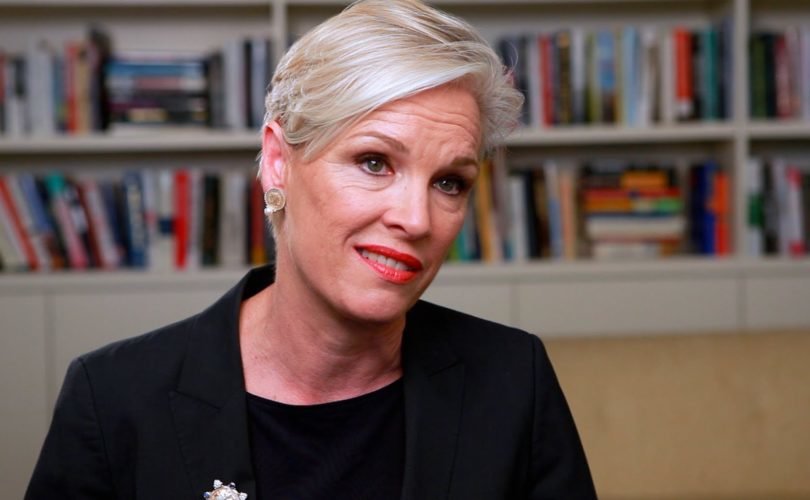 Yesterday, Planned Parenthood sought to ameliorate the only allegation it really could: selling baby body parts for profit.

In order to completely debunk the disingenuous argument that our opponents have been using – and to reveal the true political purpose of these attacks – our Federation has decided, going forward, that any Planned Parenthood health center that is involved in donating tissue after an abortion for medical research will follow the model already in place at one of our two affiliates currently facilitating donations for fetal tissue research. That affiliate accepts no reimbursement for its reasonable expenses – even though reimbursement is fully permitted under the 1993 law. Going forward, all of our health centers will follow the same policy, even if it means they will not recover reimbursements permitted by the 1993 law.

All this “to take away any basis for attacking Planned Parenthood to advance an anti-abortion political agenda,” wrote Richards.

Right, as if stopping an illegal practice provides legal cover for previous breaches. I will no longer rob banks, so let’s forget about all those banks I robbed? That’s not how the law works.

The more Richards writes, the more trouble she draws.

Such as those “reasonable expenses.” Richards previously admitted in a August 27 letter to Congress that the PP Pacific Southwest affiliate in California, about which she was writing in her new letter to NIH, received $60 “per tissue specimen.” Heart, lungs, liver, thymus, eyeballs, brain… those add up. That’s $360 profit right there, on top of profit from the surgical procedure that garnered the parts to begin with. What’s more, PPPS Medical Director Katherine Sheehan stated on video that PPPS partners with Advanced Biosciences Resources, which provides “trained personnel [to] coordinate the retrieval, preservation and delivery of each specimen.” So what exactly did PPPS do to merit reimbursement?

Then there’s that Clintonesque word, “currently.” Richards wrote that only two affiliates were currently involved in fetal parts trafficking. But how many PPs have shut down operations since July? And what’s the scale of PP’s previous involvement? As CMP’s David Daleiden wrote Congress on August 31 about PP’s August 27 letter:

The letter references 11 affiliates total with fetal tissue involvement in the past 5 years – nearly 20% of 59 affiliates – but based on statements from Planned Parenthood representatives to our investigators in September  2013, October 2014, and February 2015, and public statements from TPOs [tissue procurement organizations], CMP counts at least 14 Planned Parenthood affiliates that have definitively engaged in fetal tissue harvesting in that time period.

A new House select committee specifically formed to investigate PP will have subpoena power. The CEOs of each of those 14 affiliates should be immediately slapped with one.

At this point, defunding PP stands no chance of success unless we elect a pro-life president.

Until then, there are now five congressional committees investigating Planned Parenthood, and they should pull out all stops. It does not look like PP’s latest ploy has dissuaded them. Of course, it should NOT.

This is not just about defunding, this is about prosecution. The videos opened the door. But the new select committee in particular is our best vehicle to secure damning evidence of Planned Parenthood as an institution.

It and other committees on both the federal and state level have the ability to seek out and secure evidence of Planned Parenthood’s local and corporate criminal operations in a way no undercover investigator can.

If properly directed, committee investigations will yield a ready-made case for both defunding and federal prosecution in a new pro-life administration. And even if we do not win the White House in 2016, this body of evidence will provide ready-made cases for local prosecution, defunding, and legislation in friendly jurisdictions.

One committee success we have already seen is in the procurement of Planned Parenthood’s contracts with StemExpress.

The little that has been quoted from those contracts clearly shows the exchange of valuable consideration for human fetuses and their body parts, and the monetary incentivization of Planned Parenthood to provide salable parts.

A good examination of all 14 PP affiliates that have supplied fetal tissue in the past five years and their financial data will likely show millions of dollars total in illicit profit off of baby body parts.