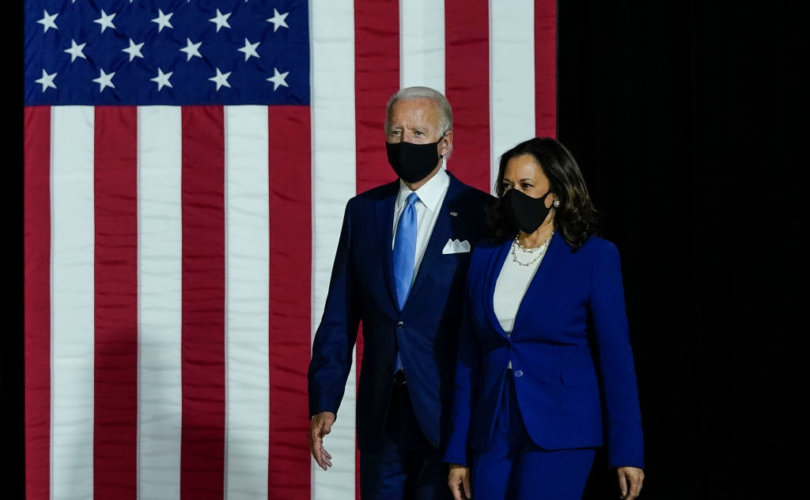 Editor’s note: The following open letter by Dan Zeidler, head of the Wisconsin-based Family Life Council, an international pro-life and pro-family organization, was sent on Aug. 16, 2020, to the USCCB Subcommittee on African American Affairs and others. Zeidler wrote the letter as an individual Catholic, not as an officer of Family Life Council, Inc., nor on its behalf.

I write to express my strong disapproval of statements attributed to USCCB official Donna Toliver Grimes which I believe exacerbate the grave situation the country finds itself in.

It is extremely obvious that given the Democratic Party's long-time extreme position against the right to life of unborn children, a position that only gets worse, and the radical pro-abortion positions of Joe Biden and Kamala Harris, anything that seems to indicate that officials of the USCCB publicly favor the Democrats is totally unacceptable and deadly.

The USCCB “clarifying” statement in the same NCRegister article is woefully insufficient.

People need to understand that given their pro-abortion positions and actions, Biden and Harris are disqualified from public office.

Instead, a weak, conflicting message is given.

Why are we in the situation we are in? For decades, Catholics have been ill-served by too many in the Church who present abortion as just another issue – a serious one, maybe, but not important enough to make it a paramount disqualifying issue.

Catholics, especially in the early years, properly instructed and led, could have formed an effective coalition to demand and achieve legal protection for the unborn. And even today, this can still happen. But it won't happen as long as the average Catholic and others get mixed messages.

Abortion was and very much still is THE issue. Tearing millions of babies apart limb from limb, or poisoning them to death is THE issue.

Take care of that and we can unite to take care of so many other pressing needs.

Leave it fester and it will continue to take the usual million or so unborn lives each year and destroy women and families, and lead our country further down the road of moral and social decline.

The bishops and all Catholic Church leaders must UNITE now with others in a clear, unambiguous message. NO candidate who endorses and promotes the current legal situation of abortion is qualified for office.

In my brief conversation with Donna Toliver Grimes, she mentioned she is very “pro-life” (her words), very much against abortion. I believe her. But that is NOT the issue.

Whatever her intent, her statements make it appear that Kamala Harris is a good, acceptable candidate for public office. She is NOT. Nor is Joe Biden.

I reflect on the words of Milwaukee Archbishop Jerome Listecki, who, in a very clear recognition of the problem with pro-abortion politicians, wrote, “But the real problem lies with our Catholic community that justifies the voting for candidates who would support anti-life actions.” (February 14, 2019) Archbishop Listecki hit the nail on the head.  His words are as clear as the child who yelled, “The emperor is wearing no clothes!”  Will Archbishop Listecki and the other bishops follow through now on the natural implications of that statement?

P.S. As a former Democrat, I would like to say that I grew up a happy Democrat in a blue-collar, union family. I was told and believed that the Democrats tried to help the “little guy”. But it’s been a long time since I voted for a Democrat. I did not leave the Democratic Party. The Party left me.  The clearest sign there is no room for me in the Democratic Party is the Party’s radical enthusiasm for promoting the “legal” killing of children – roughly a million babies slaughtered per year thanks to Democratic policies and Democratic public officials.