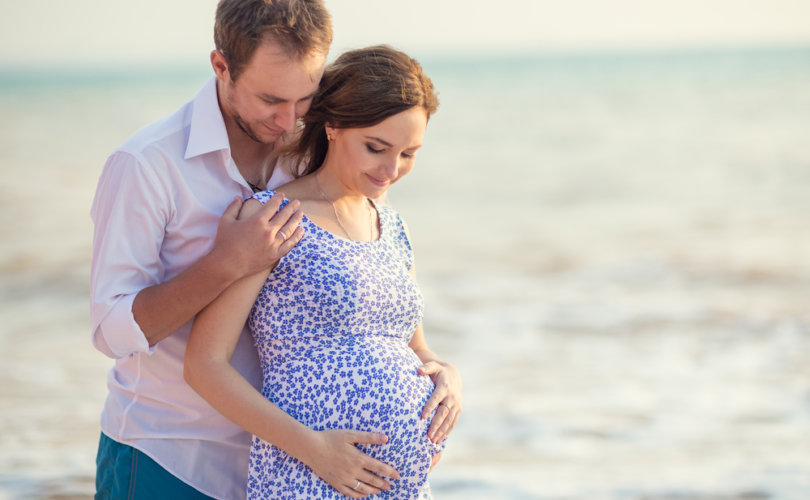 (LifeSiteNews) — Below is Part II in this two-part series addressing a document written by the pro-abortion group Jane’s Army. Find Part I at LifeSiteNews.

Last week, I addressed a document entitled “The Top 10 Worst Things about the Anti-Choice Movement” written by Jane’s Army — a group dedicated to electing pro-abortion politicians in Illinois. It specifically mentions the Catholic pro-life group American Life League, so I felt it important to see what the group had to say. Upon reading it, I found misinformation, misleading statements, and bizarre arguments.

As one of the important goals of American Life League is to help teach the truth while building a culture of life, I thought it necessary to address each of Jane’s Army’s 10 arguments in order to dispel this misinformation. In Part II today, we will address the group’s last five points (in bold) and then explain the truth in simple terms.

The document then links to an article in the Outlook section of the Washington Post that says, “Under these [fugitive slave] acts, enslavers could hire agents to search for people who had escaped to free states from slavery; they could then turn to the courts . . . to condone the rendition back south of their ‘property.’”

Slavery was an abomination to humanity. But simply stating that the abortion ban is like the Fugitive Slave Act does not make it so. Both slavery and abortion are horrible offenses against human beings. Both treat human beings like property to be dispensed of or used at will. Asserting an opinion that women will be hunted down after having an abortion is fearmongering at its best.

Though pro-lifers may seek to have abortion doctors prosecuted for committing illegal abortions, they will not seek out the women who have been preyed upon by the culture of death. Pro-lifers want to help women. That’s why pregnancy centers exist. That’s why services that offer healing after abortion exist. Those in the pro-life field understand the difficulties — be they financial, emotional, or professional — that women face as they contemplate a surprise pregnancy or as they navigate the emotions after having an abortion. They know the detrimental psychological effects on women. Compassionately saving lives is their number-one priority—and that includes the mothers’ lives as well.

7. ‘The tie between anti-choice extremism and racism can be seen in the black maternal mortality crisis. Black women are three times more likely to die from a pregnancy-related cause than white women because of health care inequity, including the way anti-abortion laws erode access to all essential reproductive health care for black women.’

But we must remember that a baby dies in every abortion. What we need to focus on is better care for expectant mothers and better programs to help them in their time of need. We must teach people from the time they are young that they, and their bodies, are gifts to be treated with respect and reverence. To that end, people must understand that what they do to, and put into, their bodies matters. This is something that the staff of the over 3,000 pregnancy help centers in the U.S. try to teach. These places offer financial assistance, classes, and other programs to help women take care of themselves and their growing babies.

When Jane’s Army then adds the phrase “anti-abortion laws erode access to all essential reproductive health care for black women,” it’s just flat-out misleading people. This is not true. Laws against abortion do not erode access to “all” healthcare. First, we must be clear: Abortion is not healthcare. Abortion takes the life of a baby. Healthcare is something that improves the health of a person. And if we want to examine places that offer true healthcare, we need look no further than pregnancy resource centers.

8. ‘Miscarriage is a crime. The number of women jailed for miscarriage, an incredibly common experience, is abhorrent, and is a growing problem.

This is just blatantly false. Miscarriage is not and has never been a crime. Nor is it an “incredibly common experience” that women are being jailed for miscarriage. The one woman whom Jane’s Army references in this document was convicted of harming her preborn baby with drugs, as she admitted to using methamphetamine during her pregnancy. She was prosecuted because it was believed her drug use led to the death of her baby not because she had a miscarriage.

The document then references an article that seems to address some kind of conspiracy theory about what “dark money” is financing overseas. To be frank, it’s irrelevant. There will always be some group from all sides of the political spectrum that finances something nefarious. The bigger picture is this: Pro-life people believe that every single person has value and dignity as a child of God. We love and want the best for every person. Disagreeing with a person’s choice or the way someone lives his or her life does not mean that we wish for those same people to lose rights as human beings. But assertions like this serve only to obfuscate and to lead others away from the point of the argument — that a baby dies in every abortion.

Possibly another reason some people may feel concern about same-sex marriage rights is because in his opinion about Dobbs, Judge Thomas commented about the constitutionality of the Obergefell decision. However, none of the other judges concurred with his opinion. And it is not likely that this decision will be overturned. When Jane’s Army makes statements like the one above, they only serve as smoke and mirrors to distract others and incite anger about things that may never happen.

— Article continues below Petition —
Keep the Pledge of Allegiance in our schools - Don't cancel it!
Show Petition Text
4963 have signed the petition.
Let's get to 5000!
Thank you for signing this petition!
Add your signature:
Show Petition Text

Our school boards are increasingly controlled by anti-American idealogues. Some districts are even cancelling the Pledge of Allegiance at their meetings.

The next step is to cancel it in our schools.

SIGN to show your support for the Pledge of Allegiance - tell the National School Boards Association and Randi Weingarten (pictured) that it should NEVER be canceled.

Just this week, Fargo Public Schools in North Dakota canceled saying the Pledge of Allegiance at meetings after members claimed it did not promote diversity and inclusion.

They specifically objected to saying "under God" in the Pledge, since it did not recognize some Americans' lack of faith, or their belief in many gods.

Board members have become so obsessed with political correctness that they no longer want to tolerate mention of God, and therefore chose to cancel saying the Pledge of Allegiance.

This growing trend of anti-American sentiment is being seen in school boards throughout the country - we have to draw a line in the sand and speak out now in a show of strength.

Fargo board member Seth Holden said the Pledge is not in keeping with the district’s diversity, equity, and inclusion policies because it uses the words “under God.”

Holden said: “Given that the word ‘God’ in the text of the Pledge of Allegiance is capitalized, the text is clearly referring to the Judeo-Christian god and therefore, it does not include any other faith such as Islam, Hinduism, Buddhism, all of which are practiced by our staff and students...”

Holden furthermore thinks saying the Pledge is a "non-inclusionary act" because agnostics and atheists are not accounted for.

In reality, we all grew up reciting the Pledge of Allegiance in our schools - Congressional sessions still open with it - and no one was offended by it until cancel culture started attacking our traditions.

The Pledge of Allegiance is in the American DNA, and canceling it from any school or school board only serves to embolden those who would undermine everything we hold dear.

This Colorado mayor tried to ban the Pledge from a town meeting last year, but thankfully people took action and went ahead with it anyway:

In welcoming people of diverse backgrounds to the USA, we must not be expected to forego our own beliefs and patriotism.

If a student or board member doesn't want to say the Pledge of Allegiance, then they can choose to remain silent.

But forcing everyone else to turn their back on God and the American flag is not something we should accept.

I pledge allegiance to the Flag of the United States of America, and to the Republic for which it stands, one Nation under God, indivisible, with liberty and justice for all.

10. ‘The same extremists behind anti-abortion policies also support inhumane immigration policies. These policies include the regular denial of critical reproductive health care, the abuse and neglect of pregnant women, the separation of children and parents, and even more devastating realities for those in custody at the border.’

Again and to be clear, abortion is not healthcare. As I said last week, healthcare is something done proactively to improve or take care of someone’s health. Taking the life of a tiny child does not fall into this category.

Regardless, it is not abnormal for a country to have laws regarding who resides within its boundaries and for how long. For example, if I decided that I wanted to live in Italy, I would have to follow the country’s procedures in order to live there legally. To stay longer than three months, I would have to apply for a certain type of visa. If I wanted to stay longer than 12 months, I must complete what’s called an integration agreement. According to Italian law, failure to do so “is punishable by expulsion from Italy.” Expecting immigrants to abide by America’s laws does not make a person inhumane.

READ: What can pro-lifers do to win pro-abortion activists over to the cause of life?

Pro-lifers do not want to see anyone — regardless of their resident status — harmed. That would be contrary to our beliefs that all people matter, all people have value, and all people should be treated with dignity and respect. Horrible conditions at the border and children separated from parents are travesties we must work to find a solution to. These travesties exist because we live in a broken world—a world that desperately needs to be fixed. We don’t rejoice in the suffering of migrants at the border. We don’t condone poor treatment of any person. In fact, we greatly lament the conditions these people are coming from and feel they need to run away from. But our country and its infrastructure can only support so many. What we really need is a strong leader in office who can work with the leaders of other countries to help improve conditions there so people don’t feel that they have to flee their native countries. Until we have that, we will see throngs of migrants pouring into our borders.