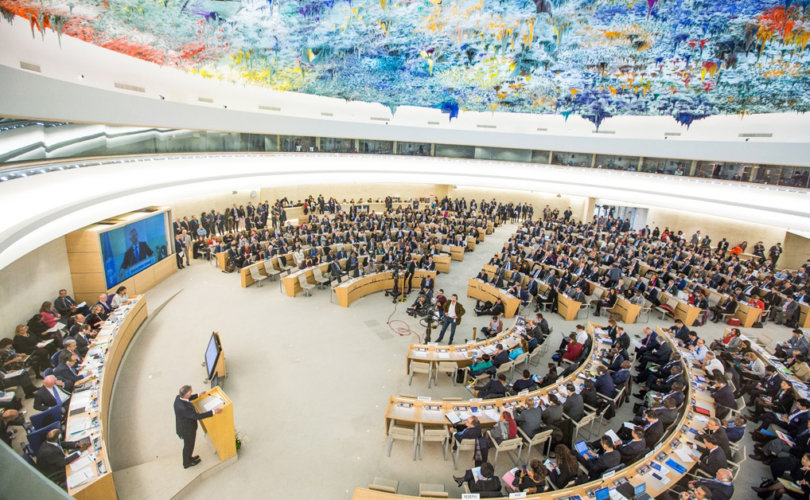 “The United States fully supports the principle of voluntary choice regarding maternal and child health and family planning.  We do not recognize abortion as a method of family planning, nor do we support abortion in our reproductive health assistance,” said U.S. delegate Mr. Jason Ross Mack in a poignant reservation delivered when a resolution on violence against women included “safe abortion” in a list of “sexual and reproductive health-care services.”

Mack pointed out that whatever non-binding UN documents might say on the topic of reproductive health it was “made clear over many years, there was international consensus that these documents do not create new international rights, including any ‘right’ to abortion.” He reminded council members that the United States is the “largest bilateral donor of reproductive health and family planning assistance” in the world.

The statement fulfilled the expectations of social conservatives that the Trump administration would oppose abortion in UN policy. It went farther by beating back attempts by UN staff and European nations to declare abortion a human right.

At the same meeting, however, the Trump administration signaled that U.S. diplomats would not support efforts to protect the family as defined in binding international law.

Instead, the United States said it did not support a resolution on protection of the family and said it voted against it on the grounds that it did not grant international recognition to homosexual relations on par with the family.

Social conservatives hoped for a change of direction from previous years under the Obama administration after President Trump declined to issue a Presidential proclamation for “LGBT Pride” in June, and when he promised to respect other countries’ sovereignty and their “right to chart their own path” in an address to the joint sessions of Congress. Noted social conservative U.S. Ambassador to the United Nations Nikki Haley was in Geneva for the opening of the Council earlier in the month.

In an explanation after the vote, Mack called for a loose interpretation of binding international law that recognizes “diversity of family types” and how “the nature and role of the family adapts over time.”

“The United States believes that discussions at the United Nations must consider all types of loving families that exist today,” Mack said, explaining that this included families headed by a “same-sex couple,” and repeating a claim of the European Union and the Obama administration that “human rights belong to individuals, not the family unit.”

U.S. based pro-family groups that co-sponsored The Family Articles include the Family Research Council, National Organization for Marriage, Human Life International, CitizenGo, and C-Fam, publisher of the Friday Fax, among others.

This article was originally published by C-Fam and is republished with permission.

Trump: ‘We worship God … We will not back down from doing what is right’