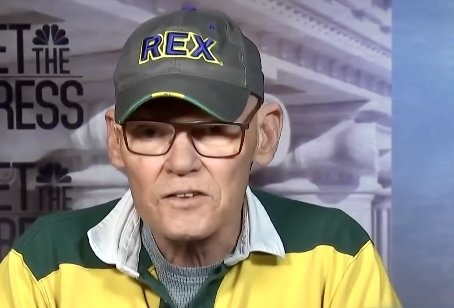 (LifeSiteNews) – Last week, the Democratic Party strategist who ran Bill Clinton’s presidential campaign confessed to a violent hatred for the unvaccinated, even making them out to be despicable human beings.

“I wish what they’d do is pass a law to make you immune from liability if you punch some unvaccinated person right in the face, which I’d really like to do,” James Carville said during a Thursday episode of the podcast “Politics War Room,” which he hosts with journalist Al Hunt.

“If you ask me what’s my first reaction to you if you’re not vaccinated and you don’t have any medical reason not to be, you’re a piece of s**t, OK?” he went on. “I just want to punch you in the God**** face.”

“That’s the way I look at these people,” he added.

We already know it’s inappropriate and nonsensical to shame the unvaccinated for “endangering others” to the point that they are guilty of “killing grandma” — that is, to describe the twisted spin minds like Carville put on it, and that’s if we’re being generous.

The basic right to bodily autonomy, the potentially lethal risks of vaccination, the inability of vaccination to prevent transmission — none of these register a blip in the minds of the most militant pro-vaxxers. These considerations clearly haven’t registered with Carville.

It is bad enough for a segment of society to be shamed and insulted for refusing to inject themselves with dangerous mRNA technology, because pro-vax critics have forsaken their use of reason.

But Carville shows it is a slippery, dangerous slope from insulting to dehumanizing. To call someone a piece of s*** is itself an abhorrent thing to do, even when you are describing people you consider deeply immoral. Because it basically expresses that a person is not only evil, but so loathsome that they should be disposed of, and at the very least are not worthy of humane treatment.

If you argue that this implied meaning is debatable — well, just look at Carville’s desire for legalized violence against the unvaccinated.

In what context did public figures or politicians dehumanize groups of people in the past? A former politician of Rwanda’s then-ruling Hutu party — and an academic — Leon Mugesera, described the African ethnic group Tutsis as “cockroaches” and called for their extermination. Violent Hutus reportedly embraced this label, referring to their victims as “cockroaches” when hunting them down.

As Kennedy Ndahiro has pointed out, “When dehumanization is “done well, pity for the ‘other’ becomes impossible and extermination becomes the natural next step.”