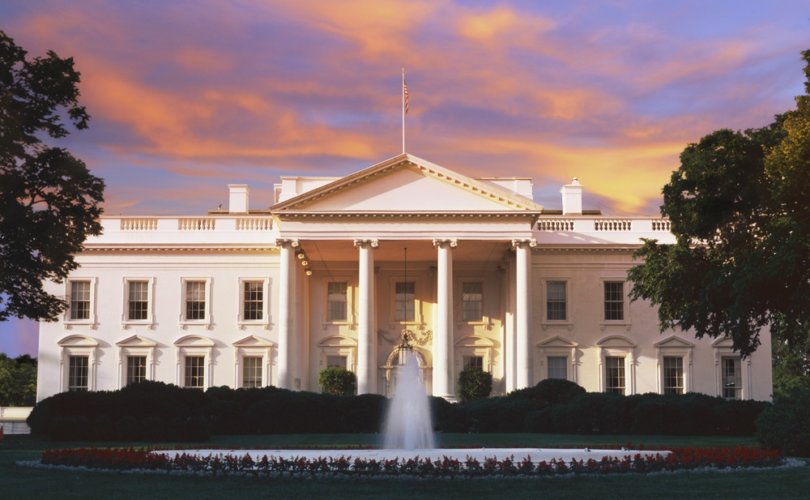 February 9, 2021 (American Thinker) — Time magazine’s “The Secret History of the Shadow Campaign that Saved the 2020 Election” by Molly Ball is supposed to come off as an epic tale of left-wing institutions swooping in to save democracy from untold chaos in the aftermath of the election but reads more like a confessional where the storyteller and her informants unwittingly reveal that the election was indeed rigged.

Ball stresses that the “shadow effort [was] dedicated not to winning the vote but to ensuring it would be free and fair, credible and uncorrupted.”  In other words, they were not attempting to defeat Trump, but were focused on ensuring free and fair elections to prevent chaos if Trump were elected or refused to concede.  This required a coordinated effort among a staggering number of left-wing organizations, the media and tech, titans of industry, an army of activists, #NeverTrumpers, and a whole lotta Benjamins, baby.

Through extensive interviews and access to documents, Ball lays out in earnest the game plan with absolutely no awareness that this nonadmission of wrongdoing is actually an admission that bolsters what the President has been saying all along (and is vital to his defense against this second impeachment):

They got states to change voting systems and laws and helped secure hundreds of millions in public and private funding. They fended off voter-suppression lawsuits, recruited armies of poll workers and got millions of people to vote by mail for the first time. They successfully pressured social media companies to take a harder line against disinformation and used data-driven strategies to fight viral smears. They executed national public-awareness campaigns that helped Americans understand how the vote count would unfold over days or weeks, preventing Trump’s conspiracy theories and false claims of victory from getting more traction. After Election Day, they monitored every pressure point to ensure that Trump could not overturn the result.

None of this could have happened organically.  Democracy, you see, has to be manipulated in order for the good work of democracy to happen:

“Every attempt to interfere with the proper outcome of the election was defeated,” says Ian Bassin, co-founder of Protect Democracy, a nonpartisan rule-of-law advocacy group. “But it’s massively important for the country to understand that it didn’t happen accidentally. The system didn’t work magically. Democracy is not self-executing.”

That’s why the participants want the secret history of the 2020 election told, even though it sounds like a paranoid fever dream — a well-funded cabal of powerful people, ranging across industries and ideologies, working together behind the scenes to influence perceptions, change rules and laws, steer media coverage and control the flow of information. They were not rigging the election; they were fortifying it. And they believe the public needs to understand the system’s fragility in order to ensure that democracy in America endures. [Emphasis added.]

In late 2019, senior advisor to the president of the AFL-CIO and mastermind of the shadow campaign Mike Podhorzer, was gobsmacked when he realized that the data and analytics strongly pointed to a Trump win.  That was the moment the shadow campaign was born.  During a frantic 11 p.m. Zoom meeting on election night, Podhorzer had to remind his co-conspirators that they knew Trump would pull ahead but would ultimately lose “as long as all the votes were counted.”  [Italics added.]  “Count all votes” was critical to the syndicate’s PR campaign and violated the norm, touted by conservatives, that all legal votes should be counted.

If it was foreordained that Trump would prevail, the Democrat Cabal had to protect the people from themselves — subverting Democracy in order to save Democracy.  So, they manipulated the election in their favor and called it “fortifying” even though they were really “rigging” it. They claimed the system was on the verge of collapse because Trump was going to be elected.  And, because they couldn’t admit to rigging the election, they disguised their efforts with a massive PR campaign demanding all votes be counted to prevent chaos.

They had the good fortune of COVID-19 giving them cover for mail-in voting propaganda.  BLM leadership was able to “harness [the momentum behind the George Floyd riots] for the election.”  In other words, the riots were orchestrated to benefit Democrat candidates.

Corporate benefactors shoveled out gobs of money (i.e., $300 million dollars from the Chan Zuckerberg Initiative) to fund a massive reworking of state voting systems and procedures that bolstered mail-in voting in 37 states and D.C.:

The [National Vote at Home] Institute gave secretaries of state from both parties technical advice on everything from which vendors to use to how to locate drop boxes. Local officials are the most trusted sources of election information, but few can afford a press secretary, so the institute distributed communications tool kits.

Organizations tracked disinformation online and provided it to campaigns and the media so they could “out” the liars.  Rather than pushing back against “toxic content” which invited more attention, they pressured platforms like Twitter and Facebook to police and remove content or suspend accounts.

Podhorzer enlisted the help of former military officials, cabinet members, and elected officials to convince the public, governors, AGs, and secretaries of state, that mail-in voting was safe.  Former Democrat congressman Dick Gephardt raised $20 million dollars to fund these efforts. Now we understand why Kemp and Raffensberger in Georgia, and Wolf and Boockvar in Pennsylvania, behaved as they did.

created a force of “election defenders” who, unlike traditional poll watchers, were trained in de-escalation techniques. During early voting and on Election Day, they surrounded lines of voters in urban areas with a “joy to the polls” effort that turned the act of casting a ballot into a street party. Black organizers also recruited thousands of poll workers to ensure polling places would stay open in their communities.

In other words, they recruited a partisan army of poll workers who were backed by partisan “election defenders” to monitor voting and ballot counting.  This is how Republicans ended up with poll watchers who were ousted, blocked, and situated light-years away from the count, and piles of ballots — almost exclusively for Joe Biden — coming out of the woodworks in the wee hours.

As 150 left-wing organizations prepped for violent nationwide demonstrations against a Trump steal, the AFL-CIO, the U.S. Chamber of Commerce, and churches formed a powerful alliance with a carefully crafted message of preventing “violence, intimidation or any other tactic that makes us weaker as a nation.”  Meanwhile, everything the shadow campaign did was violence, intimidation and other tactics that undermined our free elections — classic projection.

All of this is boldly asserted in Ball’s article.  It’s not unusual for victors to brag about some feat to the astonishment of onlookers. They become so obsessed with the righteousness of their cause, they proudly articulate what they did with seemingly no regard for the potential for any blowback.

The Nazis documented everything in the mistaken belief that their national obsession with world domination and cleansing the world of impure races was not only in Germany’s best interests, but those of the entire world.  They honestly believed history would judge them kindly.  But they were blind to the reality that, in recording their atrocities, they wrote the script for world condemnation of their crimes against humanity.

Similarly, in their sanctimonious fervor to boast about their role in “fortifying” the election and its aftermath, Ball’s informants actually outed themselves as the crooks, cabalists, and conspirators they really are.  And poor Ms. Ball appears the useful idiot.

She quotes someone from the Democracy Defense Coalition as saying:

“There’s an impulse for some to say voters decided and democracy won. But it’s a mistake to think that this election cycle was a show of strength for democracy. It shows how vulnerable democracy is.”

While this can be read to mean democracy was in jeopardy until Democrats organized the shadow campaign to save democracy from a Trump second term, it’s really just a slick way of confessing to rigging the 2020 election and stealing it from Trump.  Let’s hope Trump’s attorneys feature these admissions in his impeachment defense.