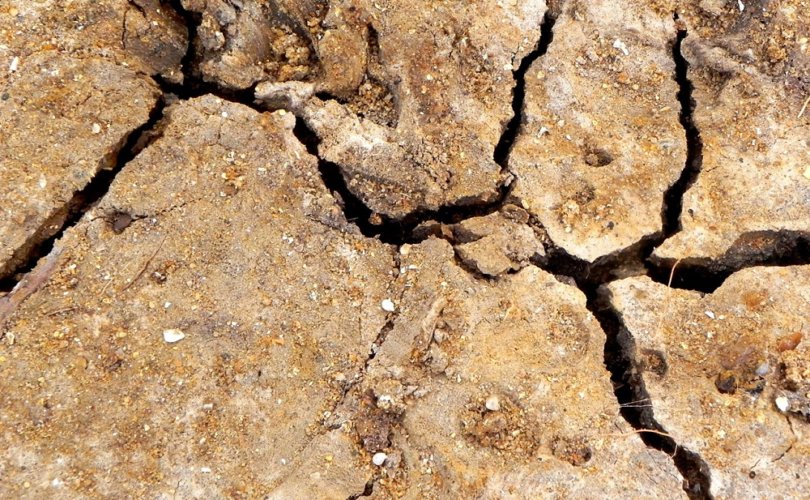 September 7, 2018 (American Thinker) – I don't know if you've felt them, but we've had many warnings of a major catastrophic human-made earthquake that threatens the foundations of our 242-year-old existence as a free nation. The needle on the political Richter scale started shaking after the 2000 election of George W. Bush. The rumblings began with the Democrats contesting the 527-vote Florida game-changing presidential win by Bush over Gore that eventually was confirmed by a recount. Thereafter, Bush was for his eight more years in the White House referred to and treated by the left as America's first sitting “non-president.”

Then we suffered the rattling election of Barack Obama, whose active membership in a white-, Jewish-, and America-hating church was well known to the electorate. His close personal relationship with the likes of his adored Rev. Jeremiah Wright and Louis Farrakhan was no secret. Obama was open about his goals. He told us he was out to “fundamentally transform America” and the world. He did, with racial unrest, blacks against whites, attacks against law enforcement, hatred against people of wealth, the cover-up of Muslim hate crimes, the admission of millions of illegals, the deliberate condemnations of our nation's history, the “Arab Spring” that turned the Middle East into a raging inferno of destruction and death, the support to the terrorist nation of Iran, and the eight-year unsuccessful effort to undermine the Jewish State of Israel. Worrisome tremblings, indeed.

Recently, the threats have increased in volume and intensity with the election of Donald Trump in 2016. The grinding Democrat tectonic plates beneath our (small “d”) democracy have sent rumbling tremors that indicate a major catastrophe to our nation on the horizon. The forces of hate against our president have reached catastrophic levels on the political seismic scale that threaten to take down the pillars of liberty and freedom. The fraudulently concocted charges of treason and collusion with an enemy nation against Trump have shaken the nation's stability. Calls for his impeachment, his assassination, and physical attacks against his staff and supporters have rattled us all. And our Democratic elected leaders are feeding this frenzy. The recent live broadcasts of the funerals of Aretha Franklin and John McCain coming so close together should have knocked us off our feet, with the eulogists standing over caskets, attacking our legally elected president. The shock of having three open haters of whites, Jews, and America in the first row at the Franklin services seated purposely and openly right next to a former president should have rocked our senses. But it didn't…and that's scary.

Lastly, perhaps the most significant recent shudders came in the current Senate hearings for the appointment of a new Supreme Court justice. The well planned observer tantrums requiring the ejection of violent demonstrators for the whole world to see, along with the coordinated Democratic disruption from the official seats, represented a massive threat to our liberties.

We have no control of nature. Earthquakes, volcanoes, storms, and tsunamis are generated by Earth's forces. But the undermining rattling of our halls of justice, our Constitution, and our liberties for which so many have sacrificed their lives is occurring because we are permitting it to happen. The willful closing of our eyes to the earth-shaking warning signals of calamity, growing not only in frequency but in intensity, will result in irreparable cracks in the foundations of our liberties and freedom. The next shock may be coming soon.