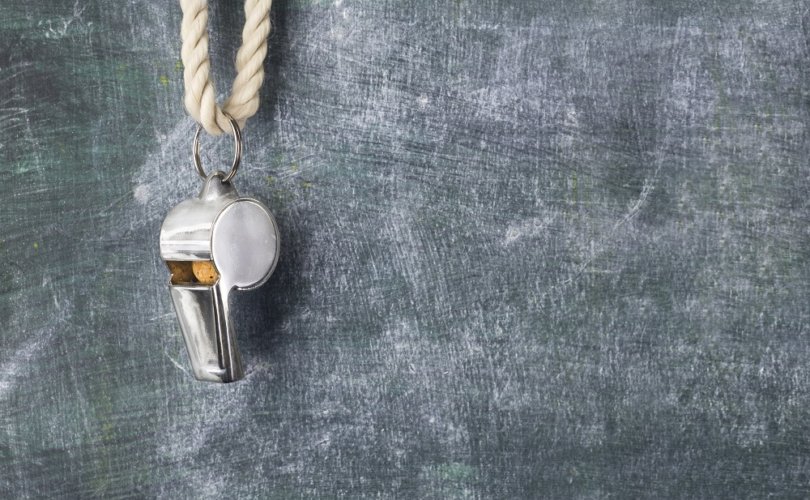 This article was originally published on Oct. 12, 2019 on American Thinker

October 18, 2019 (American Thinker) — House Democrats are now demanding that the “whistleblower” be allowed to testify by letter. This marks another step forward in the impeachment narrative. Yesterday it was from behind a curtain with the voice artificially distorted. Today it's by letter. Tomorrow it will be from Elon Musk's Mars colony.

The excuse for this is the evergreen “death threats,” but this is even less likely the case than in other instances. A CIA operative is frightened by anonymous death threats? Are you sure?

So what could the real explanation be? Let us count the ways:

The witness is balking. Following the complete public humiliations of Mrs. Christine Blasey Ford and Robert Mueller, Crusader for Justice, this could well be case. Blasey Ford was a reluctant witness finally pushed into appearing by the Democrats — wisely so, as it developed. In that, at least, she was smarter than her handlers. Vague threats is one thing; the certainty of being turned into a universal punch line for all time to come is something else altogether.

Beyond that, there's the fact that this is totally new legal ground — never has something as grave as a presidential impeachment been based on a reed as flimsy as a single whistleblower. One wrong step and the witness will be spending the rest of his days in one court or another, if not worse.

And beyond even that, there is the vengeance that DJT will undoubtedly wreak once he is re-elected and doesn't have to worry about running or being impeached. The whistleblower is an old D.C. hand and is probably quite aware of all this.

Fading courage. “When you strike at a king, you must kill him.” Nancy and Adam struck at Donald Trump only to see their swords turn to rubber in their hands. Now, blades drooping, they stand staring at Trump. He stares back. In the distance, a dog barks.

In this case, it's not the whistleblower, but the Democrats themselves who are balking, in a desperate effort to buy time. The lawyers have had second thoughts. Vulnerable incumbents are screaming, “You can't do this to us!”

A flawed witness. Something is seriously wrong with the whistleblower. Something has emerged, or has been discovered, that makes it risky or impossible to put the whistleblower before the public. What this might be is anybody's guess, but considering that it involves the CIA, the possibilities are endless.

The case has collapsed. F or some reason as yet unknown, the case has effectively evaporated in the Dem's hands. This could be new evidence, new testimony, or revelations that the Dems can't allow to become public. As in the Kavanaugh case, every last piece of evidence has been undercut or contradicted. It wouldn't take much more to bury it.

There is no whistleblower.

It could be any of these (except for the last — not even the Democrats are that bold) or something else altogether. What is undeniable is that the House Dems are now trying to stall. This is a clear sign of failure. The only hope that the impeachment mob had was to strike quickly, cleanly, and successfully. A stretched out process would only reveal the weaknesses of their case and turn the entire affair into a campaign issue, and not one in their favor. They blew it, and now they're playing for time and looking for a way down. They have yet to find it.