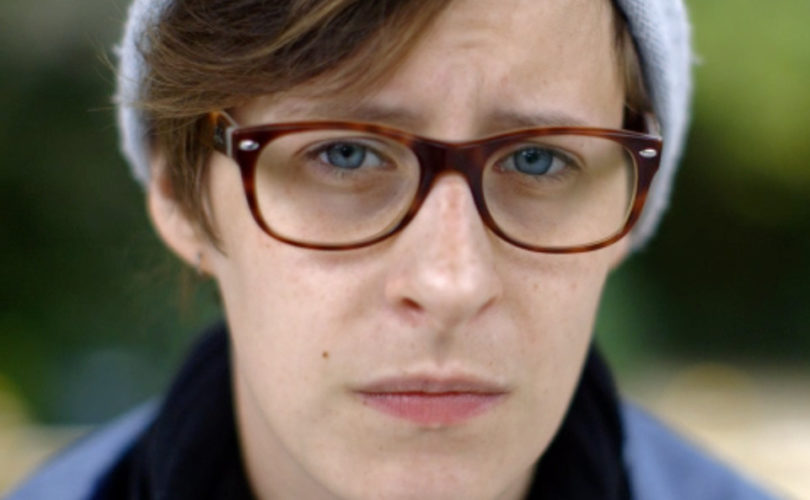 Emily's last months and days before obtaining a lethal injection were filmed by The Economist in her hometown of Bruges.

Note: Video from the documentary is included below.

Nov. 16, 2015 (LifeSiteNews) – The poignant story of a young and healthy Belgian woman, “Laura”, 24, who obtained permission for legal euthanasia earlier this year because of “unbearable psychological suffering,” has come to an unexpected conclusion. Her last months and days before obtaining a lethal injection were filmed by The Economist in her hometown of Bruges. The documentary has been online since November 10 and – spoiler! – it has a happy end. “Laura”, whose real name is Emily, chose life in what would have been her last hour.

This is of course good news. A young life has been saved. Hopefully, Emily will be able to get on with her life and be fully liberated of her profound despair. But the documentary, with its dramatic and also complacent portrayal of a suicidal young woman, is above all a plea for legal euthanasia in cases like hers.

The gist of the argument goes like this: as long as this deeply depressed young woman felt there was no way out, she desired death more than anything else in the world. But once it was within reach, legal euthanasia freed her of her most terrible anxieties. Knowing it is there, at her fingertips as it were, has given her some peace of mind.

This is an obvious fallacy. When Emily obtained permission to be euthanized from a team of three doctors and psychiatrists, the whole idea was that her condition would not and could not improve, and that no treatment whatsoever was available that would rid her of her mental illness or give her even the slightest hope. Now the fact that she was facing death certainly triggered something in her mind, helping her to find reasons to live. If that means anything, it shows that her despair was not so deep-rooted as to be utterly beyond help. The resources were in her own mind – and, probably, in the sympathy, the listening, the support of her mother and her friends who are shown in the 20 minute film, who were in turns supportive of her decision and devastated by it.

So her illness was not untreatable after all, and even though at the end of the documentary Emily does not seem to be entirely freed of her death wish, she obviously considers life worth living.

Arguably, the doctors and psychiatrists who have been taking care of her for the last three years have failed, not because there was no solution, but because they found no way to give Emily hope. In the film, the young woman shows the reporter her drawer-full of antidepressants and other medication which did not relieve her of her incessant bouts of self-hate and self-harm, much less heal her. Medication is certainly indicated when mental illness creates such a terrible imbalance in the mind – but in this case it was not enough, to say the least.

Emily’s story starts with a video she shot of herself a few years ago expressing her death wish openly for the first time, before being approached by The Economist’s reporter. “It keeps feeling empty, whatever I do,” she says, cringing in a corner, her arms scarred and bandaged where she cut herself. She remembers thinking she “shouldn’t be here” when she was three – Emily was born in a dysfunctional family. Her mother had no other choice than to live apart from her father, a violent alcoholic, and Emily spent most of her time with her maternal grandparents. Aged six, she was already dreaming of killing herself.

In an interview she gave last spring, Emily, under the assumed name of “Laura,” said she was convinced her family troubles were not linked to her death wish. She started harming herself, but those who surrounded her did not realize the gravity of the situation. After high school, she embarked on a theatrical career and moved in with a girlfriend in what she called a “very agreeable amorous passion.” The relationship was to end because of problems caused by Emily’s ongoing depression.

At this point a psychiatrist challenged her to apply for internment in an institution. Emily agreed to let go of the theatre; from that point onwards, episodes of self-harm became more frequent and more intense. In the documentary, she explains that she wanted to get rid of the “evil monster” she felt was trapped in her rib cage: cutting herself would give her the feeling the evil was leaving her body but only for a few minutes; she would bang her head against the wall in an effort to free herself of her inner pain.

The documentary does not underscore what she said during her interview last spring about her difficult childhood, nor does it say her anger and aggressiveness were so bad she was regularly sent home to give workers at the psychiatric institution a rest.

It was at the institution that she met another psychiatric patient, a woman she names “Sarah,” who was organizing her own euthanasia. The two would often talk about death and it was the “example” of her friend that pushed Emily to request for a lethal injection – not doctor assisted suicide, which is also legal under Belgian law. In the documentary, she says she would have killed herself but that it would have been “an awful, painful and lonely death.” “Without the option of euthanasia, I would have committed suicide,” she says.

The three doctors who authorized Emily’s euthanasia – as the Belgian law requires when psychological suffering is given as the reason for the request – decided, after several months of consultations, that her suffering was indeed unbearable and that no amount of treatment could offer her hope of getting over her depression. Among them, Lieve Thienpont is a psychiatrist who specializes in assessing euthanasia requests. She authored a book about euthanasia and psychological suffering, Libera me. For her, this is fully a part of the question of “death with dignity” and euthanasia is an acceptable answer from her point of view. Calling her a proponent of euthanasia in these cases does not seem unfair.

She appears several times in the documentary to comment on Emily’s situation. The reporter even filmed the moment when three doctors, including Thienpont, explain the death process to Emily, insisting that she should feel absolutely free to pull back even at the very last moment, without being afraid that her “credibility” would be any less because of that.

In one interview, Thienpont explains that Emily’s suffering is so bad that it is “not compatible with life,” saying only prolonged and profound discussions with the patient can let one become sure of this. She adds that her life does not have a “sufficient quality” for her to go on.

The documentary also shows Emily’s mother and two friends coming to terms with Emily’s death: they are filmed less than two weeks before Emily’s “due date.”

The reporter was also present during those last hours before that day when Emily was to have received a lethal injection at 5 p.m. At the very end, she decided not to go on. “Very rationally, I said: ‘I cannot do it’, because the last two weeks before that Thursday when it should have happened were relatively bearable. There were no crises. And it was very unclear to my why that was so. Was it because the serenity of death was so close? Because we were saying goodbye and that I was feeling OK because of that? Or has something changed?”

What is certain is that Emily’s story is being used to promote euthanasia as a possibility for all who want it, and even as a solution that can, ultimately, help some people choose to go on living. But in Belgium, even if a number of these cases have been documented, others do die at the hands of their doctor while physically in good health, like Emily.

Notably, the filmed documentary does not bring up the subject of Emily’s troubled childhood, nor of her lifestyle. It just notes that she is not a believer, and has no idea whether there is an afterlife.

Did she need spiritual help and support above anything else? The question deserves to be asked, in the same way that the validity of her psychiatric treatment could also have been questioned, but never was in the documentary. At a time when so many young people are struggling with their own identity, not least because of school methods that encourage them to imitate others rather than to gain consciousness of their individuality – so many young people today are not even able to distinguish between the subject and the object in an ordinary sentence – Emily’s case should be a wake-up call rather than being used to lobby for euthanasia.