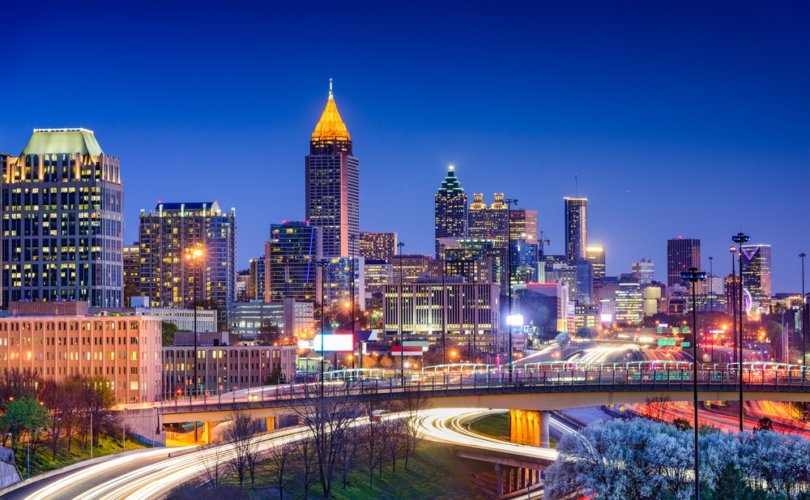 January 7, 2021 (American Thinker) — There are a lot of theories floating around about election fraud. I should know because I've written about some of them. Generally, proving affirmative fraud is difficult to impossible because Democrats hold all the information. The one indicator that there may be election fraud that's impossible to disguise is vanishing votes. More of them turned up in the wee hours of Tuesday night. Additionally, a mathematically inclined friend walked me through other ways in which those numbers don't add up.

Briefly, when it comes to vanishing votes, votes should always be additive. You can get fewer votes than your opponent, but no voter walks in and casts a negative vote for you (taking away a vote) or a “transfer vote” (transferring your vote to your opponent). When the numbers start walking backward, something is amiss.

On November 3, multiple screen captures of vanishing vote counts on television and subsequent data analysis by the Data Integrity Group have shown Trump losing votes already cast in all of the contested states. Some disappeared entirely; some ended up in the Biden column.

Significantly, this is the one claim that Democrats, NeverTrumps, and quislings of all sorts have failed to challenge. It's out there.

In my last post about vanishing votes in Georgia, I wrote about 5,000 vanishing Perdue votes. I woke up Wednesday to discover that according to live video fees on CNN, Perdue lost 32,400 votes. Much as I hate to rely on YouTube (we conservatives really need to start uploading to Rumble), here's the evidence:

My math friend (AES, you know who you are), pointed out something very strange about those numbers. I'm going to try to replicate here what he said:

It's the same idea with votes and percentages.

As you see in the above screengrab, Perdue had 774,723 votes, which constituted 45% of the total vote at the time:

Ossoff's total votes, when divided by his 55% of the total, should produce the same number, except they don't:

The difference between those two results is 3,334. Go figure! (I did, several times, and kept coming up with the same results.)

Please note, additionally, that neither of these numbers yields the number you get when you just add Perdue's votes to Ossoff's.

At a guess, there's some rounding going on with the percentages that would explain these discrepancies. But again, you'd think the precision of computer calculations would do away with this craziness.

If that's not confusing enough, now look at the update:

The percentages still add up (56% = 44% = 100%), but the mathematical theory articulated above again breaks down. Perdue's and Ossoff's vote tallies, when divided by their percentages, should yield the identical number and, once again, they don't.

Perdue's new, lower number, when divided by 0.44, goes this way.

That's a difference of 491 — which is definitely peculiar, although less than the 3,334 under the first set of numbers.

And of course, both those numbers are different from what happens when you just add together each candidate's vote totals:

The numbers remain funky when you do what AES did and use precise percentages:

As you can see, when all these funny numbers happened, Ossoff had a large lead, so Perdue's vanishing votes merely increased Ossoff's lead. In that way, the funny numbers are inconsequential.

The point here isn't that the 32,400 inexplicably vanished votes made Perdue lose because, according to the two screen shots, he was already behind. The point is that, despite everything being on computers, nothing adds up. It's this kind of thing that makes people crazy.

If someone credible would explain precisely what's going on, people would stand down. It's entirely possible that there's a reasonable explanation for both the vanishing votes and the above discrepancies. But no one is giving us that reasonable explanation. Because there's an information vacuum, people will fill it by fair means or foul.